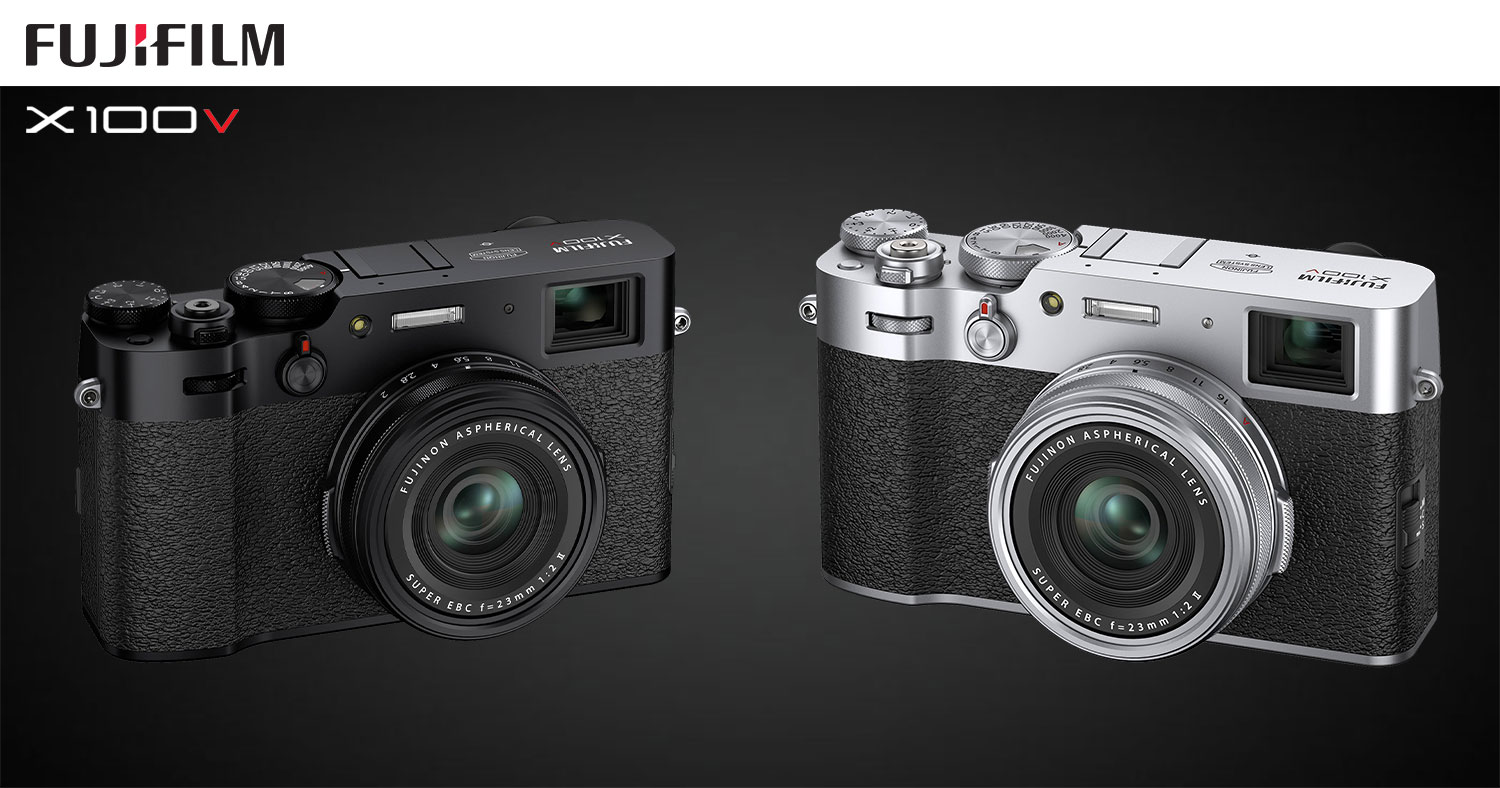 Tokyo, February 5, 2020 — FUJIFILM Corporation (President: Kenji Sukeno) has announced the launch of a new premium compact digital camera, the FUJIFILM X100V in late February 2020. The X100V features a newly-developed high-performance lens and is equipped with the latest image sensor and image processing engine to deliver premium-quality images with the company's signature colour-reproduction technology. In addition, the evolved version of the Advanced Hybrid Viewfinder offers inter-switchable optical and electronic options, in pursuit of the photography style of “shooting through the viewfinder.”

Fujifilm pioneered a new market segment of premium compact digital cameras in 2011 with the launch of the FUJIFILM X100, the inaugural model of the X100 Series. The X100 Series has established a distinctive market position as premium compact digital cameras. It has won great acclaim from users around the world for its sophisticated exterior design, facilitating intuitive operability, and advanced image quality based on Fujifilm's signature colour reproduction technology that has been refined over 80 years.

The X100V is the fifth-generation model of the X100 Series. While maintaining the Series' popular design in principle, the new model uses aluminium for the top and bottom plates of the camera body, applying advanced metal processing technology. It has achieved sharp looks to the edges while keeping the surfaces smooth. The use of a tilting rear LCD monitor and dials on the top plate enables intuitive operations and gives the camera body design sophistication exuding functional beauty. A high-performance lens with ultra resolution has been newly developed for this model.

This is the first X100 Series camera that uses aluminium for its top and bottom plates. Aluminium has been milled into shape and fine blasting treatment produces a smooth texture on the surface. The body has been further coloured with alumite treatment to achieve a premium appearance.

The X100V offers an ISO dial, built into the shutter speed dial, allowing users to check and adjust various settings without having to turn the camera on. When adjusting ISO sensitivity, users can pull the outer rim of the built-In ISO dial up to lock for added convenience.

Using optical technologies developed through FUJINON lenses, including lenses for cinema cameras, Fujifilm has developed a new, bright prime lens with a focal length of 23mm (equivalent to 35mm in the 35mm film format) a maximum aperture of F2. The lens, specifically designed for the X100V using two aspherical lens elements, delivers edge-to-edge sharpness in high resolution and with high contrast.

The X100V uses the back-illuminated 26.1MP “X-Trans™ CMOS 4” sensor and the “X-Processor 4” high-speed image processing engine. They are combined with Fujifilm's unique colour reproduction technology, refined for over 80 years, to produce “memory colours,” i.e. vivid colours exactly as you remember.

The X100V features Fujifilm’s ‘Advanced Hybrid Viewfinder’, allowing users to instantaneously switch between the optical viewfinder (OVF), which captures the photo subject exactly as it is, and the electronic viewfinder (EVF), which reflects exposure and other shooting conditions adjustments.

The EVF uses a high-resolution 3.69-million-dot organic EL panel, employed for the first time in the X100 Series. It boasts a maximum luminous intensity of 1500 candelas and high contrast – to display even intricate details in highlights and shadows.

In the OVF mode, the viewfinder offers the Electronic Rangefinder function to display a small EVF window. The feature has been developed to bring out the maximum viewfinder potential, allowing users to capture the subject as it is while enlarging the focusing area in the small EVF. This function provides added convenience when taking snapshots.

The use of the latest algorithm enables fast and accurate phase-detection AF at the minimum luminance of -5EV, which is close to pitch darkness. The performance of Face and Eye AF has also been improved. The Focus Limiter function, which limits the range of focal lengths for using AF, assists a smooth shooting experience with AF.

The X100V offers a total of 17 Film Simulation modes to provide versatile tonal variations. It enables a high contrast finish with three-dimensional definitions with the “CLASSIC Neg” mode, which simulates colour negative film traditionally chosen for snapshots of day-to-day scenes. The “ETERNA” mode, which simulates the colours and tonality of Fujifilm's motion picture film allows users to record video in subdued colours and rich shadow tones.

The X100V also has the “Grain Effect” function for reproducing distinctive graininess seen in photographs taken with film cameras. Users can adjust size and strength settings to control the degree of grain.

The camera is capable of recording smooth 4K video at 30fps. In the Full-HD modes, video can be recorded at even smoother 60fps for premium video quality.

The Fujifilm X100V is coming soon and will be available for hire, HERE.