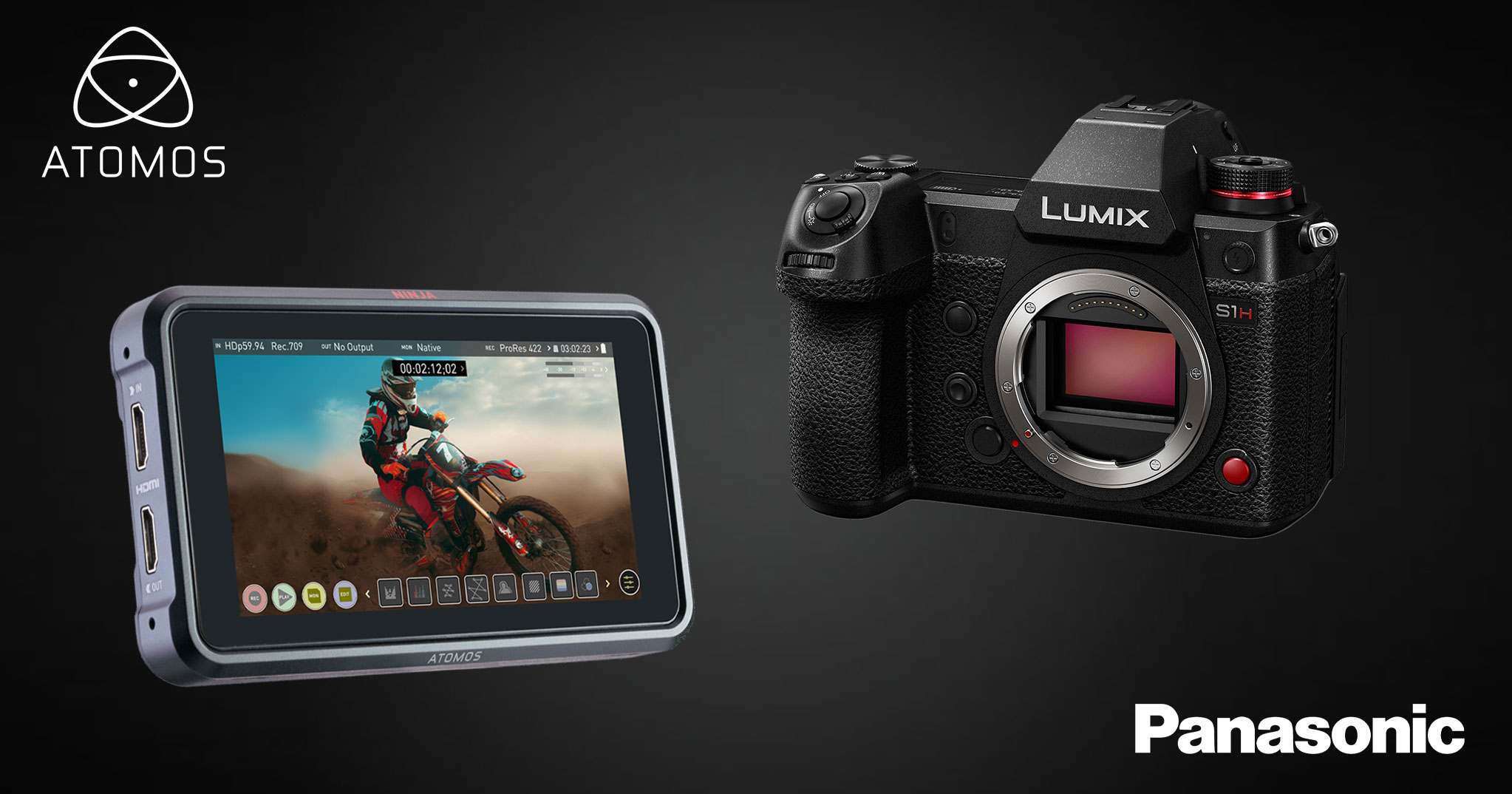 Panasonic has announced the development of a firmware program for the LUMIX S1H full-frame mirrorless camera which enables the output of maximum 5.9K/29.97p RAW video data to the Atomos Ninja V 4K HDR monitor-recorder over HDMI. The program is scheduled to be launched in early 2020. The LUMIX S1H is the world’s first camera to combine the professional-level video quality and high mobility of the mirrorless camera. It is capable of video recording at 6K/24p1 (3:2 aspect ratio), 5.9K/29.97p (16:9 aspect ratio), and 10-bit 59.94p 4K/C4K. Panasonic has established a good partnership with Atomos, a global company that creates video equipment for professional film creators, through the development of digital cameras and achievements such as 4:2:2 10-bit 4K video output over HDMI in the LUMIX GH Series of cameras. Working together with Atomos, a new firmware program that enables maximum 5.9K/29.97p as well as C4K/59.94p RAW video data over HDMI has been developed. With this firmware program, the Apple ProRes RAW can be recorded on Atomos Ninja V, which is in line with Panasonic’s commitments to provide innovative solutions for professional film creation.