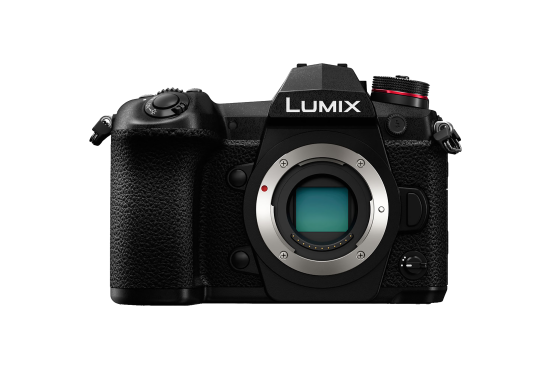 The Panasonic LUMIX G9 is the perfect camera for wildlife and nature photographers. Super fast shooting means keeping up with fast-moving subjects – learn how it can help you capture stunning nature shots. Micro Four Thirds mount.

The Body I.S. (Image Stabilizer) in the LUMIX G9 is dramatically improved, making it possible to use 6.5-stop slower shutter speed. This is achieved by a more accurate calculation of shake in various shooting conditions, utilizing information of angular velocity and motion vector acquired not only from the gyro-sensor but also from the image sensor and accelerometer sensor.

Combining B.I.S. (Body Image Stabilizer, 5-axis) and O.I.S. (Optical Image Stabilizer, 2-axis), the 5-axis Dual I.S. (Image Stabilizer) 2 in the LUMIX G9 compensates for larger movements that were conventionally uncontrollable. Maximizing both O.I.S and B.I.S. is highly beneficial in telephoto shots and in adverse situations, such as at night or with one-handed shooting.

The 5-axis Dual I.S. 2 works for both photo and motion picture recording, including 4K video.

The high-speed, high-precision AF with Depth from Defocus (DFD) technology achieves the world’s fastest AF speed of 0.04 sec, which is the fastest in the industry. With its high tracking performance, the LUMIX G9 never loses the target.

The LUMIX G9 also boasts the fastest-in-class 20 fps (AFC) / 60 fps (AFS) in 20.3-megapixel full resolution to capture those unmissable moments. Complying with 6K/4K PHOTO, users can choose the most suitable burst shooting mode in addition to the regular consecutive shooting mode depending on the situation.

Adoption of OLED for the LVF achieves smooth display at 120 fps and high speed response with minimum lag of less than 0.005 sec as well as 10,000:1 high contrast for exceptional visibility.

To withstand heavy field use, the LUMIX G9 is constructed of a magnesium alloy full die-cast front / rear frame and is not only splash proof and dustproof but also freezeproof down to -10 degrees centigrade. The largest-in-class Status LCD on the top makes shooting even easier and more comfortable. For the rear monitor, a 3.0-inch free-angle LCD in 3:2 aspect with 1,040K-dot high resolution is equipped. The G9 has a double SD Memory Card slot, compatible with the high-speed, high-capacity UHS-II.

The LUMIX G9 includes Bluetooth and Wi-Fi® connectivity to offer a more flexible shooting experience and instant image sharing with easy operation. Compatibility with Bluetooth 4.2 (called BLE: Bluetooth Low Energy) enables constant connection with a smartphone or tablet with minimum power consumption. For Wi-Fi, 5GHz (IEEE802.11ac) can be selected in addition to the conventional 2.4GHz (IEEE 802.11b/g/n) for an even more secure and stable connection.