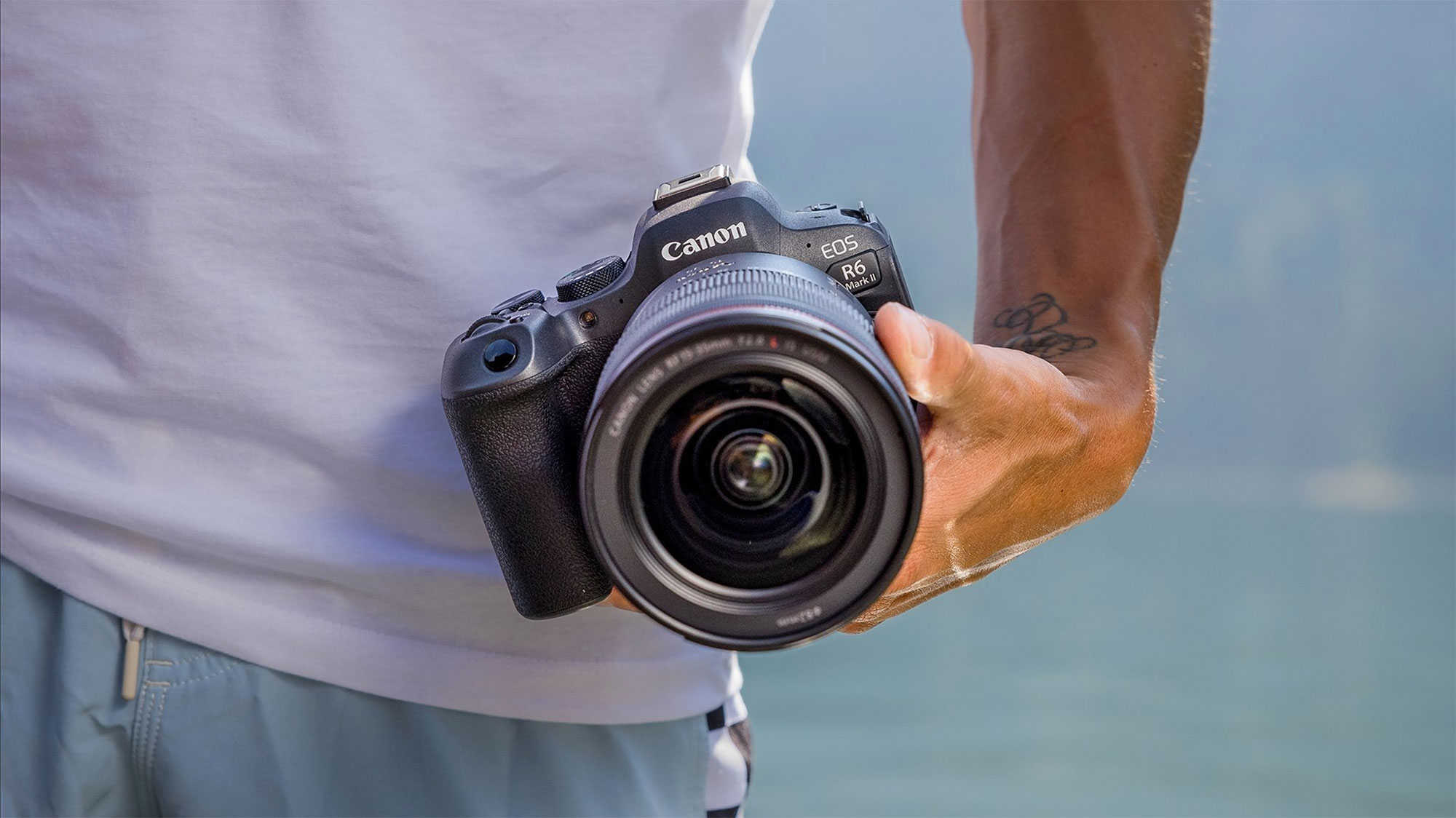 Canon today announces the EOS R6 Mark II, its fastest advanced full-frame mirrorless camera to date, expanding the pioneering EOS R System – offering 40fps, stunning low-light AF and 6K RAW / 4K UHD movies, all built on the RF Mount. As the newest model in the range for hybrid creators, the EOS R6 Mark II utilises the powerful foundations of the RF Mount and redefines standards set by the EOS R6. For both stills and movie, it raises the bar with its unique blend of class-leading performance, breath-taking speed, stability and professional filmmaking features.

The EOS R6 Mark II can track subjects keeping them sharp as they move through a scene. Using improved deep-learning artificial intelligence, it recognises people, vehicles- which now includes aircraft and trains – and animals which has been updated to recognise horses/ zebras. The type of subject to be detected can be chosen in the menu, or using the new Auto option depending on the range of scenarios the photographer is shooting in. With advance eye tracking, users can specify which eye (left or right) should be given focus priority, and when the eyes can’t be detected, the EOS R6 Mark II focuses on the face in shot instead. Even if a person turns away for a moment, their head continues to be tracked, and if the head isn’t visible the camera will go on to track the body.

The EOS R6 Mark II boasts the world’s most effective IS performance, with its up to 8-stop Image Stabilizer. Using the combined IS, optical and in-body – it can shoot long exposures, handheld with extreme clarity and sharpness. Photographers can also capture the ambience, whatever the conditions – focusing shake-free in light levels as low as -6.5EV4, and the ability to shoot up to ISO 102,400.

Next generation speed for the EOS R System
Setting new speed records, the EOS R6 Mark II is Canon’s fastest EOS to date. It can shoot continuously at up to 40fps- with 20fps and 5fps options with electronic shutter – and up to 12fps mechanically, capturing fleeting moments that are barely perceptible to the human eye. Compared to the EOS R6, the new sensor reduces rolling shutter, allowing the camera’s electronic shutter to be used to freeze fast-moving objects.

Additionally, the EOS R6 Mark II keeps pace with photographers’ needs, recording action before shooting starts, with ½ a second pre-shooting in RAW Burst mode – a great advantage when shooting unpredictable subjects, from tennis players to toddlers. The RAW Burst mode shoots continuously at 30fps for up to 191 frames, recording every image in a single CR3 file; all with AF tracking. Individual images can be extracted from this roll using Canon’s Digital Photo Professional software, or in camera, and saved as individual JPEG, HEIF or RAW files.

Meeting demand with evolved video capabilities
Using the full width of the sensor, the EOS R6 Mark II is the only camera in its class that can shoot 4K 60p UHD, with simultaneous Dual Pixel CMOS AF II focusing. All 4k footage is created by oversampling the sensor’s 6K output, resulting in superb image quality. For independent filmmakers wanting even higher performance, the EOS R6 Mark II outputs 6K RAW via its HDMI output, which can be recorded on an Atomos Ninja V+ recorder in ProRes RAW. This provides more detail, as well as the ability to adjust parameters such as white balance in post-production. 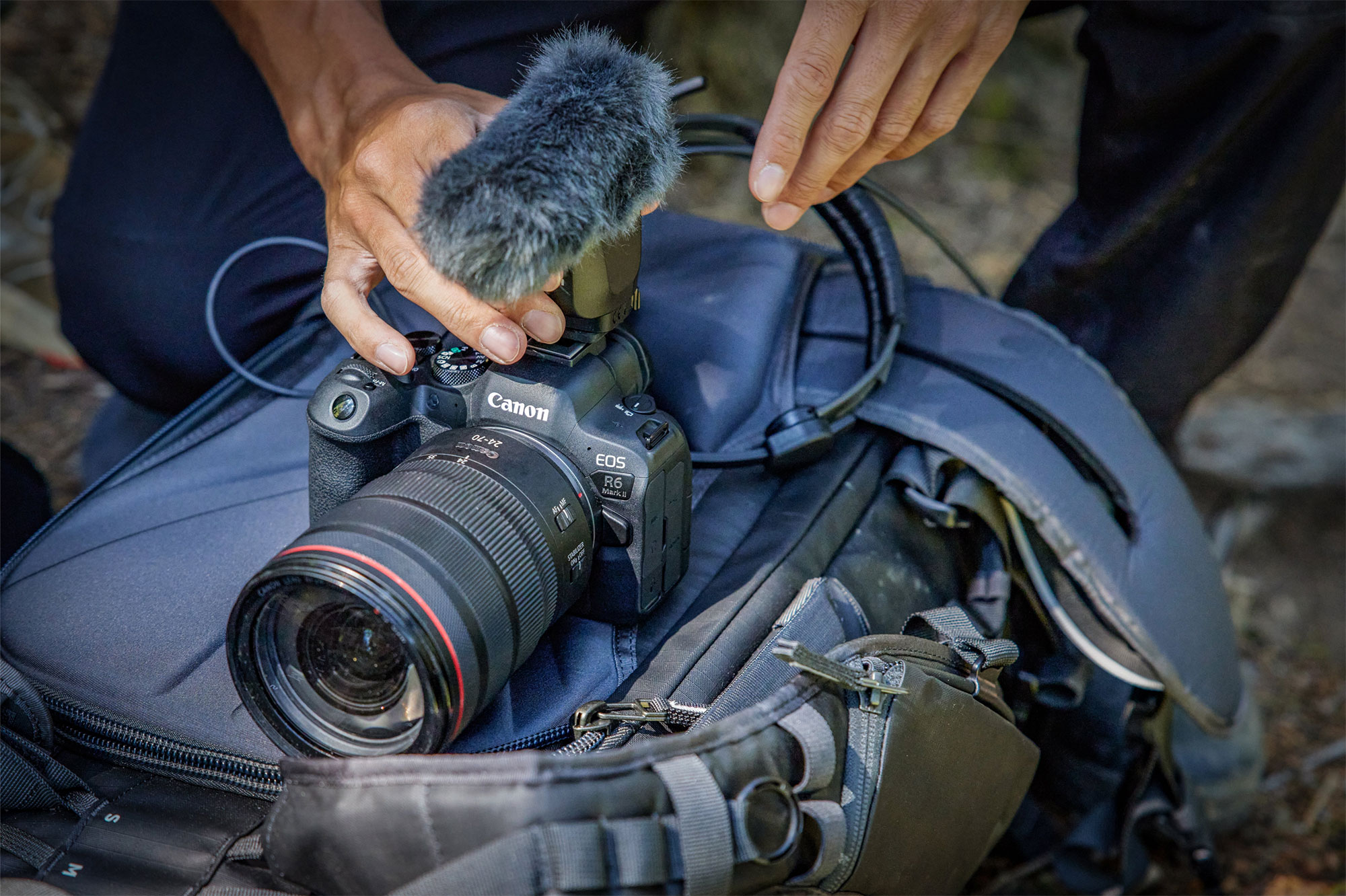 Creators can activate movie pre-recording mode of 3 or 5 seconds – when on, video is continuously streamed through the camera in standby enabling the capture of action even before you press record. Ideal for unmissable moments, or unpredictable scenes.

Enabling content creators and filmmakers to meet the increasing demand to produce both stunning still and moving image, the innovative EOS R6 Mark II can output incredible slow-motion footage with AF support using Full HD at up to 179.82fps. During movie shooting, False colour can be used as a guide to exposure adjustment, particularly useful in conditions that typically result in overexposed highlights. With HDR support via PQ, as well as Canon’s popular Canon Log 3, creators can capture breath-taking, true-to-life video and realise greater expressive possibilities – immersing the viewer in the content. When used with supported lenses, the EOS R6 Mark II also uses focus-breathing correction to compensate for the effects of focus breathing, providing a cinematic effect.

Intelligent connection for content delivery
With updated Bluetooth v.5 and Wi-Fi (5GHz), the EOS R6 Mark II can be easily connected to a smartphone and networks allowing high-speed file sharing and FTP/FTPS/SFTP transfer – making it easy to edit and share, even when on the move. The camera can also be remotely controlled using the Camera Connect and EOS Utility apps, tethered to a PC, Mac or smartphone via Wi-Fi or high-speed USB-C. For semi-professional photographers and content creators, content delivery is just as important as image and video capture – the EOS R6 Mark II supports automatic transfer of image files from the device to the image.canon cloud platform to easily share and print images.

The EOS R6 Mark II can be used as a webcam on PC and Mac computers running video-call apps such as Skype, Zoom and Teams, without having to install additional software. This plug-and-play capability is powered by industry-standard USB Video Class (UVC) and USB Audio Class (UAC) drivers that are built into Windows and MacOS operating systems. The camera provides improved image quality compared with standard computer webcams, perfect for making a great impression when on video-calls online.

An extension of the creators’ creativity
Allowing seamless navigation with trusted ergonomics, existing EOS and EOS R System series users will be comfortable handling the EOS R6 Mark II. Featuring a multi-function shoe with a next-generation interface, the EOS R6 Mark II enables a new series of accessories to be used including the newly launched SPEEDLITE EL-5. These accessories can be used without the need for cables, and in some cases batteries.

Its body offers the durability expected from Canon, withstanding adverse weather conditions. The high-resolution 3.69M dot EVF offers a crystal clear view when taking photos or video, as it refreshes at 120fps – alongside this, EOS R6 Mark II has inherited the Optical View Finder view assist feature from the EOS R3, providing a natural-looking display retaining detail in shadows and highlights, with good visibility in dark areas and gradation. The EOS R6 Mark II is also compatible with the same LP-E6 batteries and battery grip as the EOS R6, but with the benefit of battery life being increased by approx. 50% using the LCD screen.

Canon Camera Connect App
Alongside the EOS R6 Mark II, Canon is announcing an update to its Camera Connect App which delivers a fresh new look and feel, as well as enhanced connectivity and a simple user experience. The v.3 update makes the app a central portal, enabling users to easily access other Canon software and services, such as the print app or image.canon cloud service. From the app, Canon users can connect their camera to a smartphone or tablet to act as a remote control, or fine tune images, download or share them while on the move and even download firmware updates for their camera. 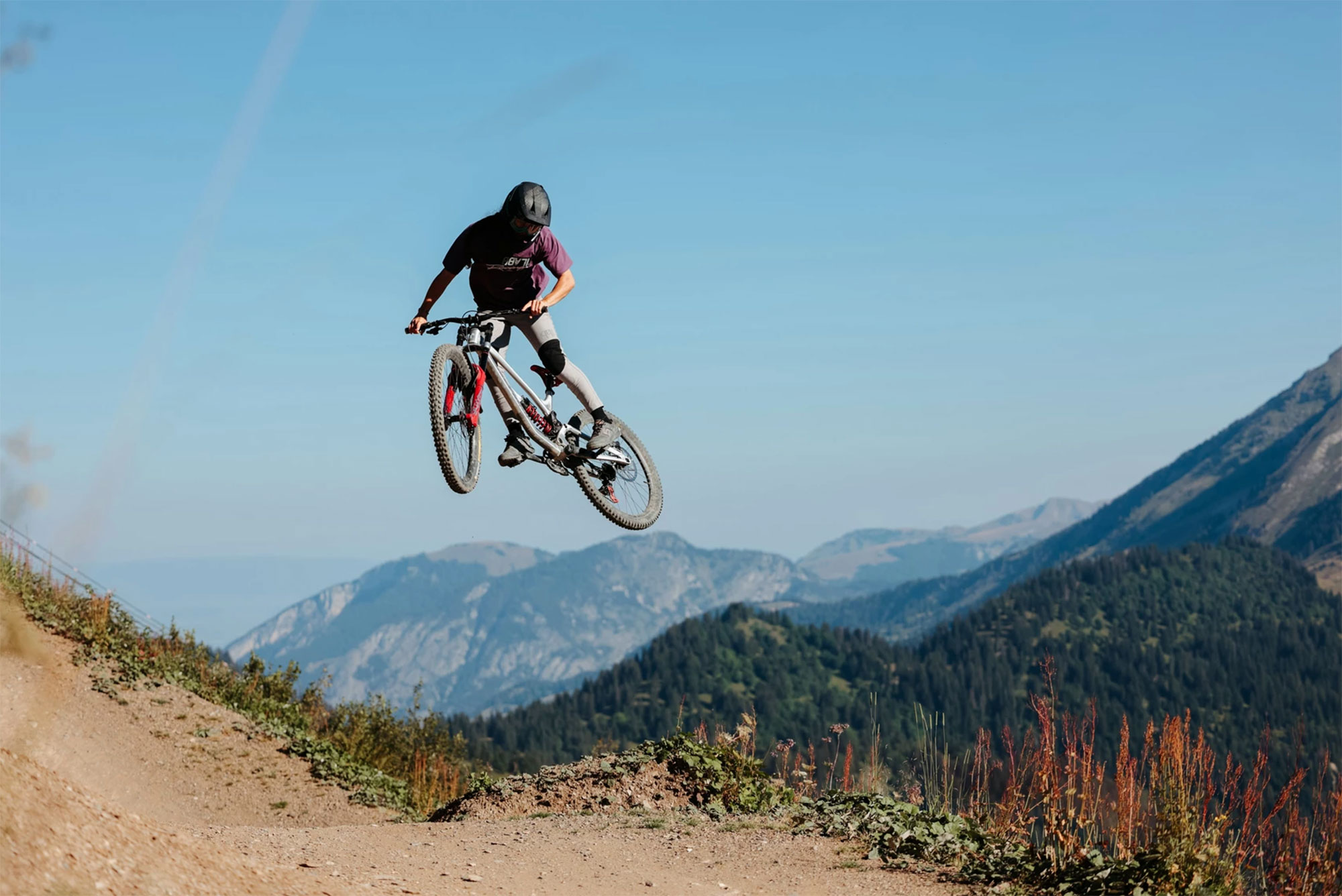 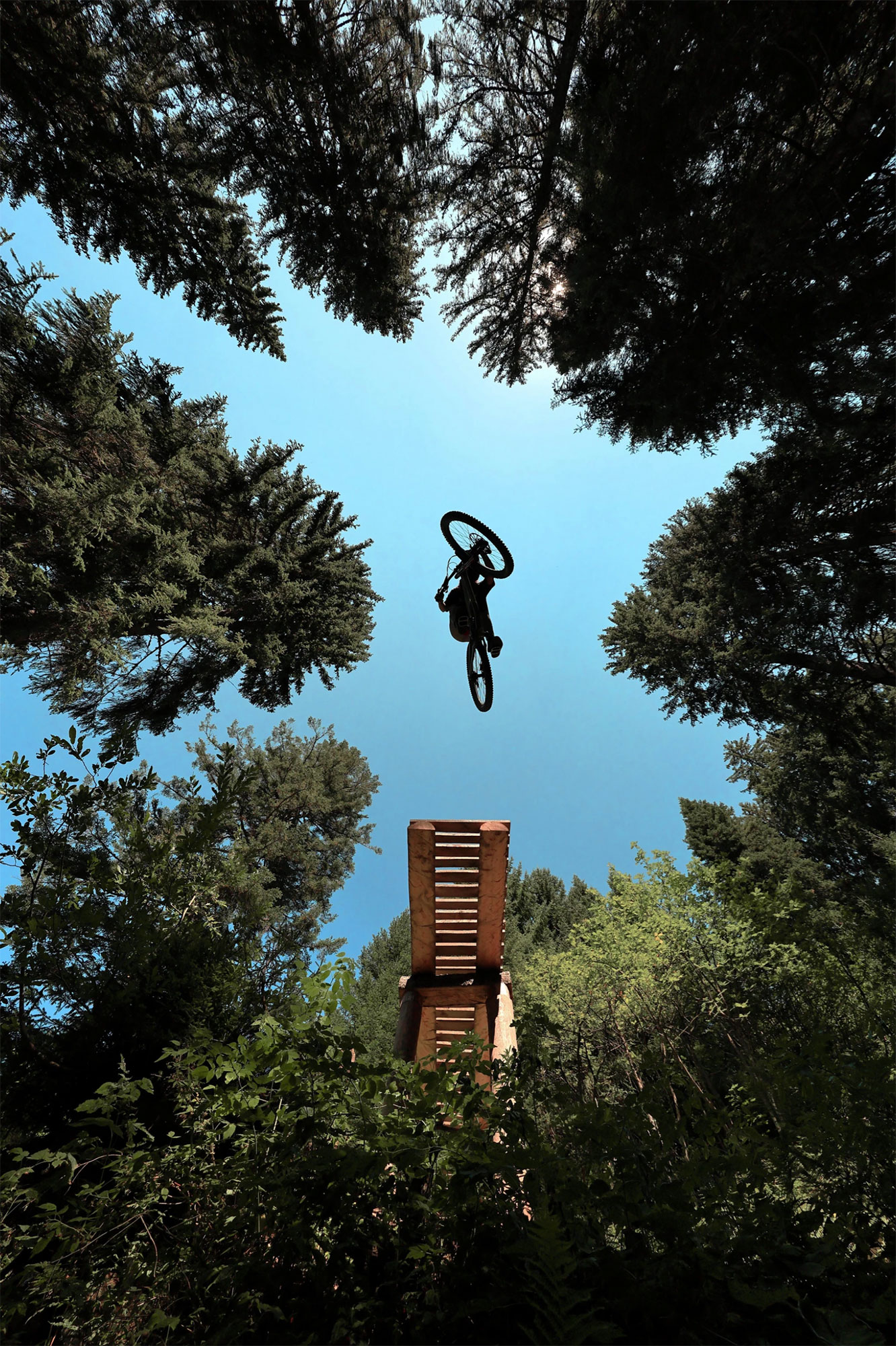 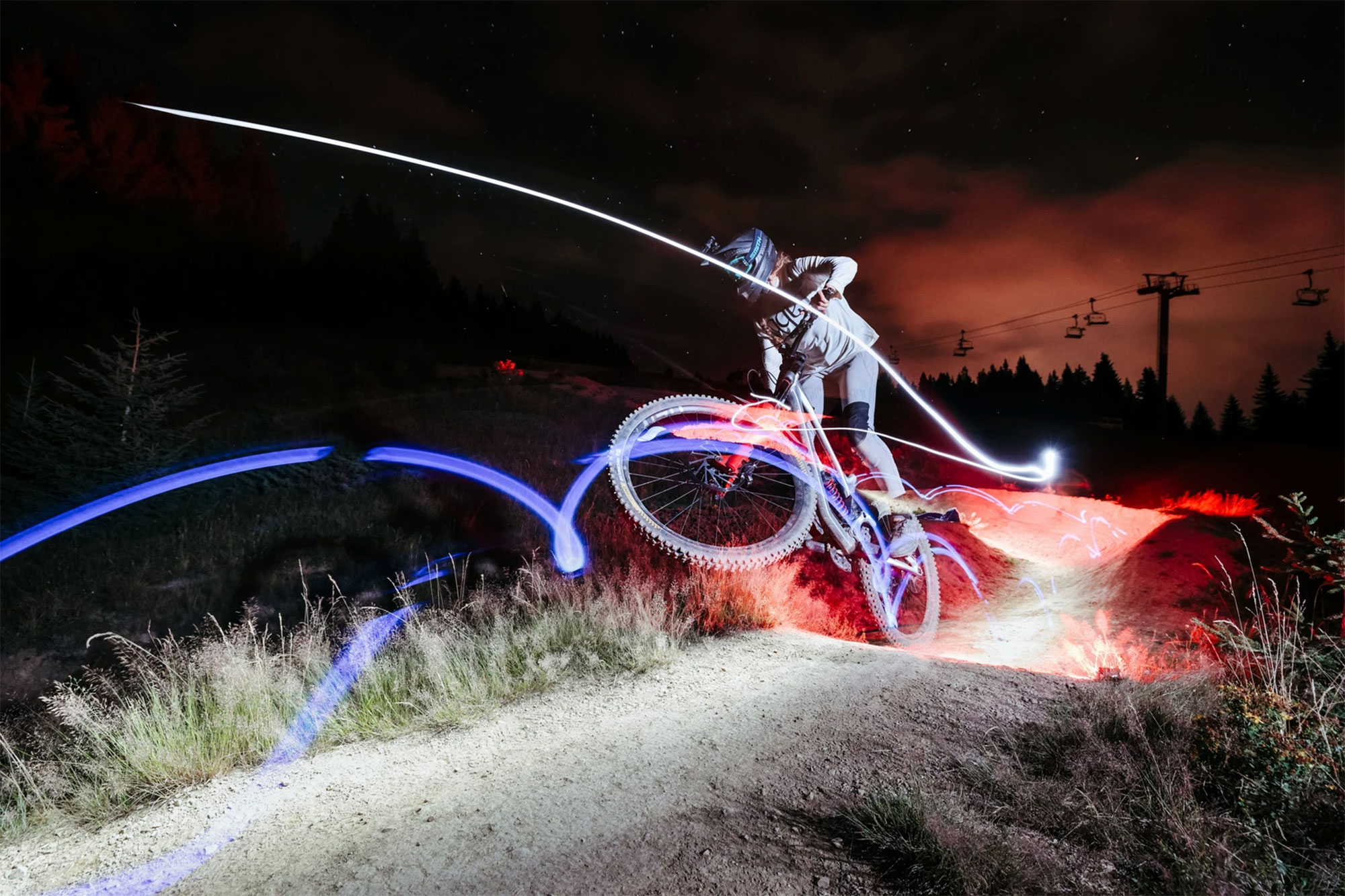 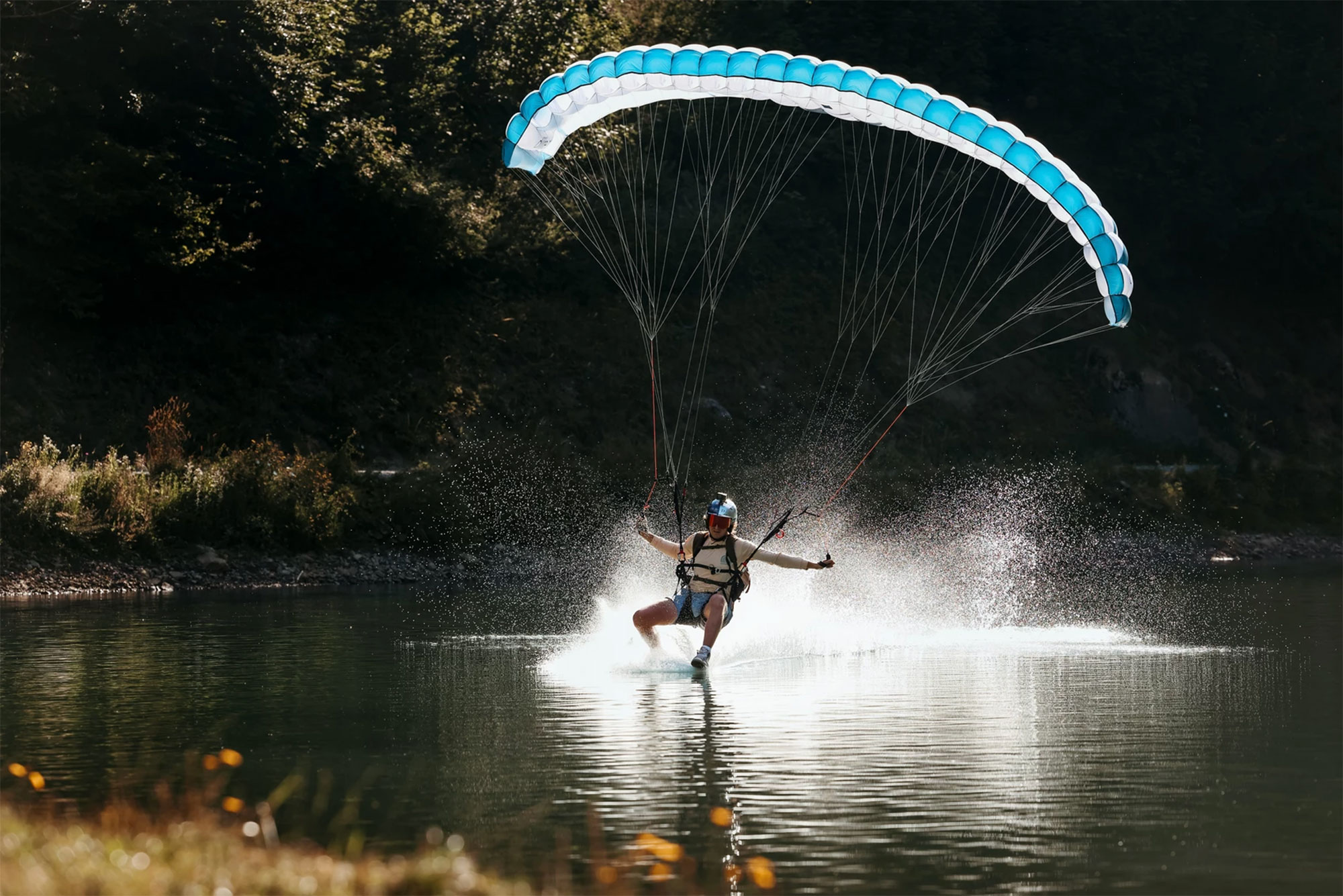 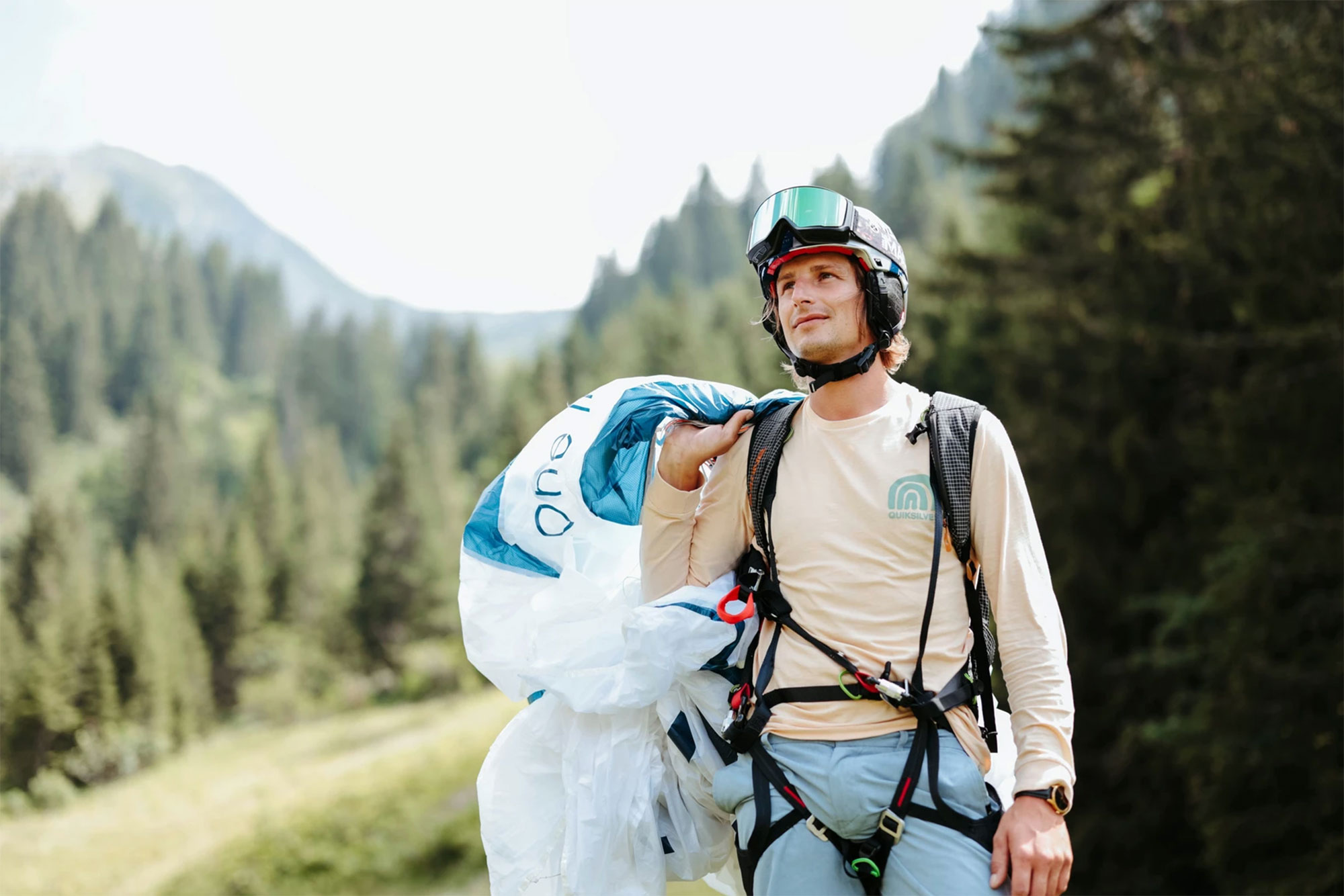 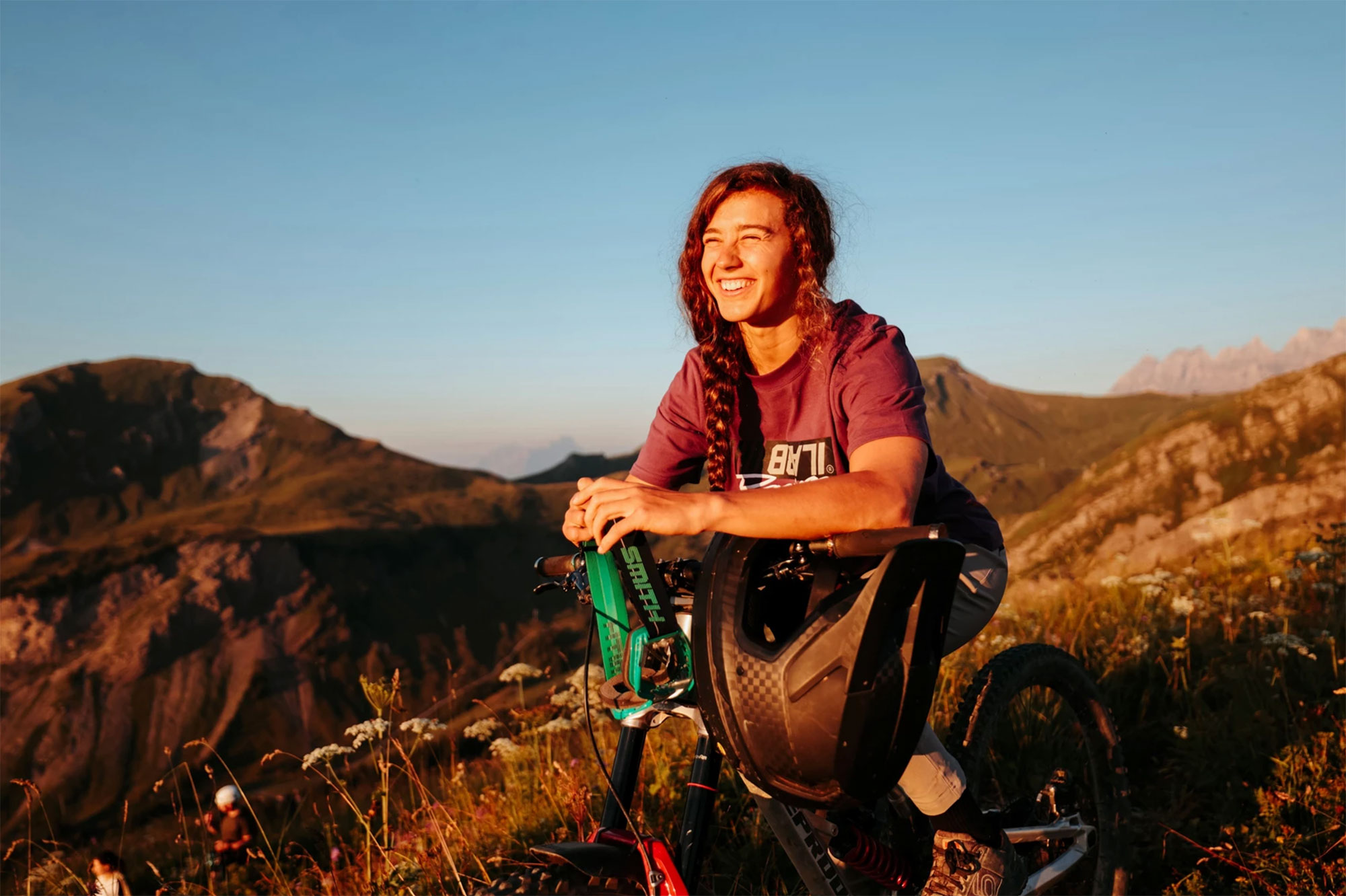 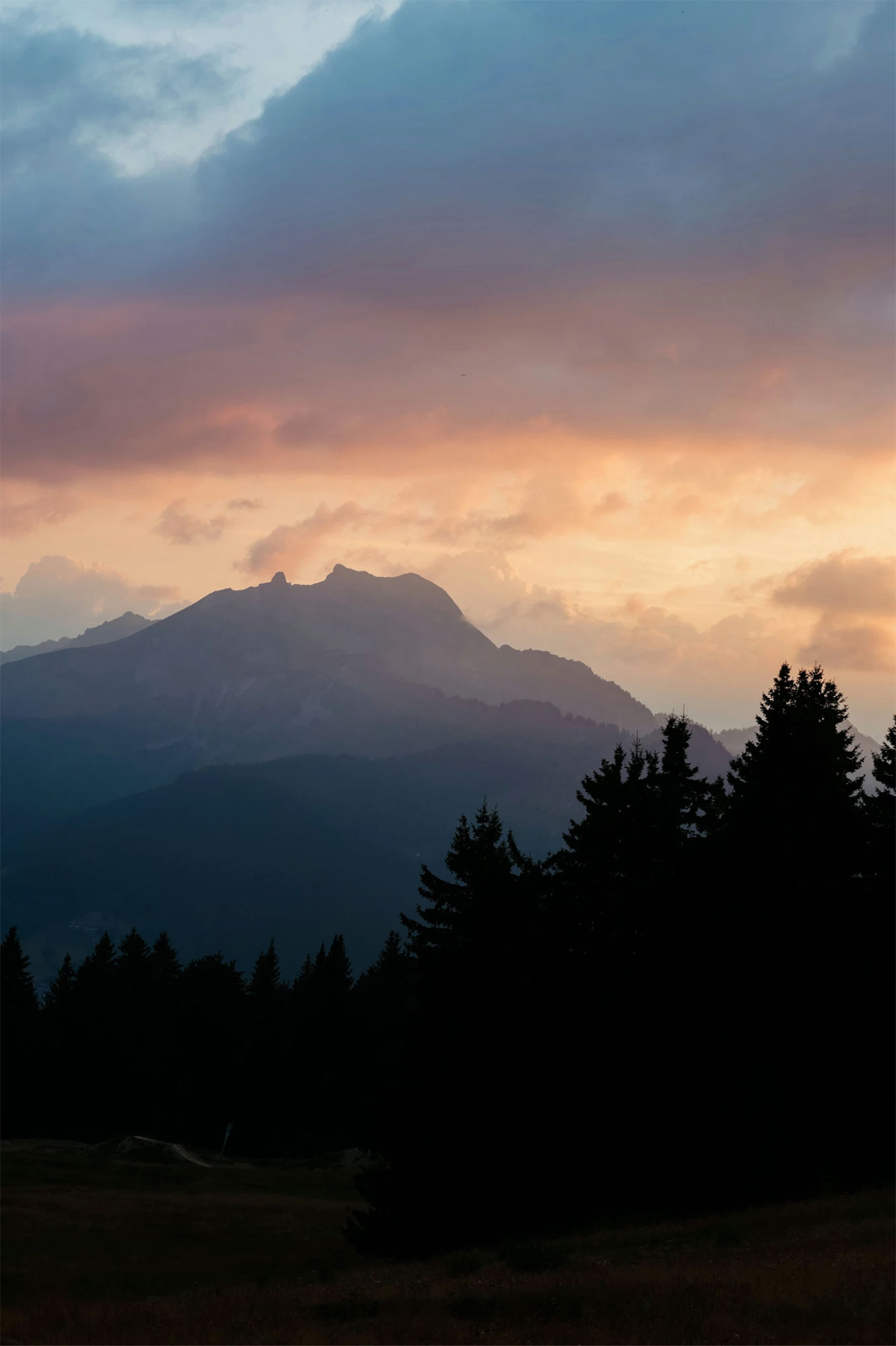