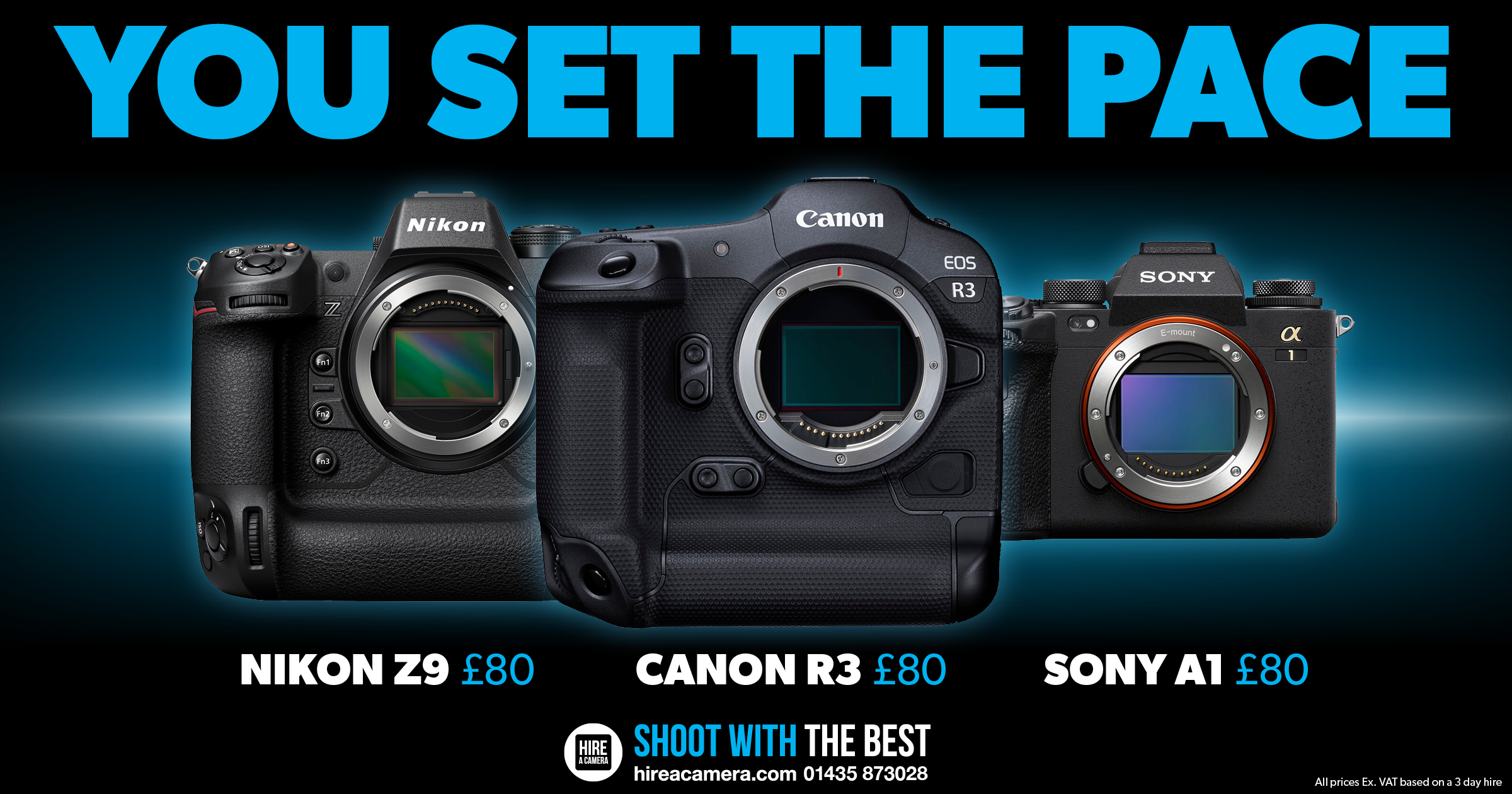 The past 12 months have been very exciting with the arrival of three new flagship sports and wildlife cameras – the Nikon Z 9, the Canon EOS R3 and the Sony a1. All three offer groundbreaking new technologies, such as Canon’s astonishing Eye Control AF function and Nikon’s whopping 120 frames per second, but which one do you have your eye on?

Firstly lets look at the sensors. All three cameras sport stacked BSI full-frame CMOS sensors with hefty megapixel counts – 50.1Mp for the Sony, 45.7Mp for the Nikon and 24.1Mp for the Canon. While the Canon’s count might seem modest in comparison, with this you are rewarded with cleaner images in low light, plus you won’t chomp through memory cards at such an alarming rate!

In terms of continuous shooting, the specs are as follows:

Sony A1: electronic shutter 155 full-frame compressed raw images at 30fps or 165 JPEGs at up to 30fps, mechanical shutter: 10fps,

When it comes to build, if you are used to older, traditional professional DSLR bodies then the Z 9 and R3 shouldn’t be too much of a shock in terms of size and weight – they are very similar to the Nikon D6 and Canon 1DX III. If you are used to the almost pocketable size of modern mirrorless bodies, then you may find yourself more at home with the Sony a1. Having said that, if you are keen to go for the Sony but prefer a more substantial build, then the optional VG-C4EM battery grip will give you just that. It will allow you to fit two batteries at the same time, giving you longer run time, and when one battery expires the camera will automatically switch to the other – allowing continuous operation.

Unsurprisingly all three cameras have revolutionary autofocus abilities, detecting and locking onto humans, animals and birds. Eye detection AF is offered by each body and the R3 can also detect cars and motorbikes. One of the most exciting new autofocus functions we’ve seen is Canon Eye Control AF, where the camera watches your pupil in the viewfinder and moves the AF point to reflect where you are looking, it’s scarily accurate and we think it will become invaluable once you get used to it.

The Nikon Z 9 will be your go-to if super-high resolution video is your priority, delivering RAW 8.3K video in smooth 60p in-camera. The Sony produces 8K at 30p and the Canon 6K at 60p.

At the end of the day, we all know you can study specs until the cows come home, but until you’ve actually got the cameras in your hands you can never really know which one you’ll get on with best.  So much of what works for you will also be things like the menu layouts, button locations and ergonomics. So if you would like to give these phenomenal new cameras a go for yourself, you can hire them via the links below: