We were recently Tweeted by our customer Andrew Muir of Rule #1 Films, to let us know that the trailer for their new film, Turning Tide, was now online. The film is set during World War II and features a dramatic air battle between British Spitfires and German Heinkels. From us, they hired a Blackmagic Design URSA Mini 4.6K to film the special effects, as it can capture up to 4608 x 2592 pixels and therefore allows plenty of scope to track and stabilise the planes in post-production. They also hired a Blackmagic Design Cinema camera for the live-action shots.

Growing up in wartime Scotland, ten-year-old David McKellar's life takes a dramatic turn when a massive German air squadron flies over his home on their way to a bombing raid. The situation rapidly escalates when they are intercepted by British Spitfires over the sea, resulting in a spectacular air battle in which one of the enemy bombers is shot from the sky.

As David watches from a nearby hillside, an injured pilot escapes from the sinking wreckage and makes it to shore, immediately going on the run. As the fugitive disappears further into the distance, the young boy must make the fateful decision on whether or not to follow...

And here Andrew explains just how they were able to film such effective scenes of the dogfights of World War II:

"The visual effects of Turning Tide were created using traditional practical techniques not often used in modern films. Models of RAF Spitfires and German Heinkels were built in different scales, before being filmed on both indoor and outdoor sets.

By combining movement of the camera with puppetry of the model airplanes, the illusion of flight is created. The advantage to shooting practical miniatures is that it's possible to capture all of the textures, lighting and reflections in-camera for real, instead of relying on computer generated images. The resulting sequence is one of the largest onscreen dogfights featuring miniatures within the past twenty years."

Below you can see the visual effects teaser and breakdown:

Andrew was kind enough to send us some behind-the-scenes shots: 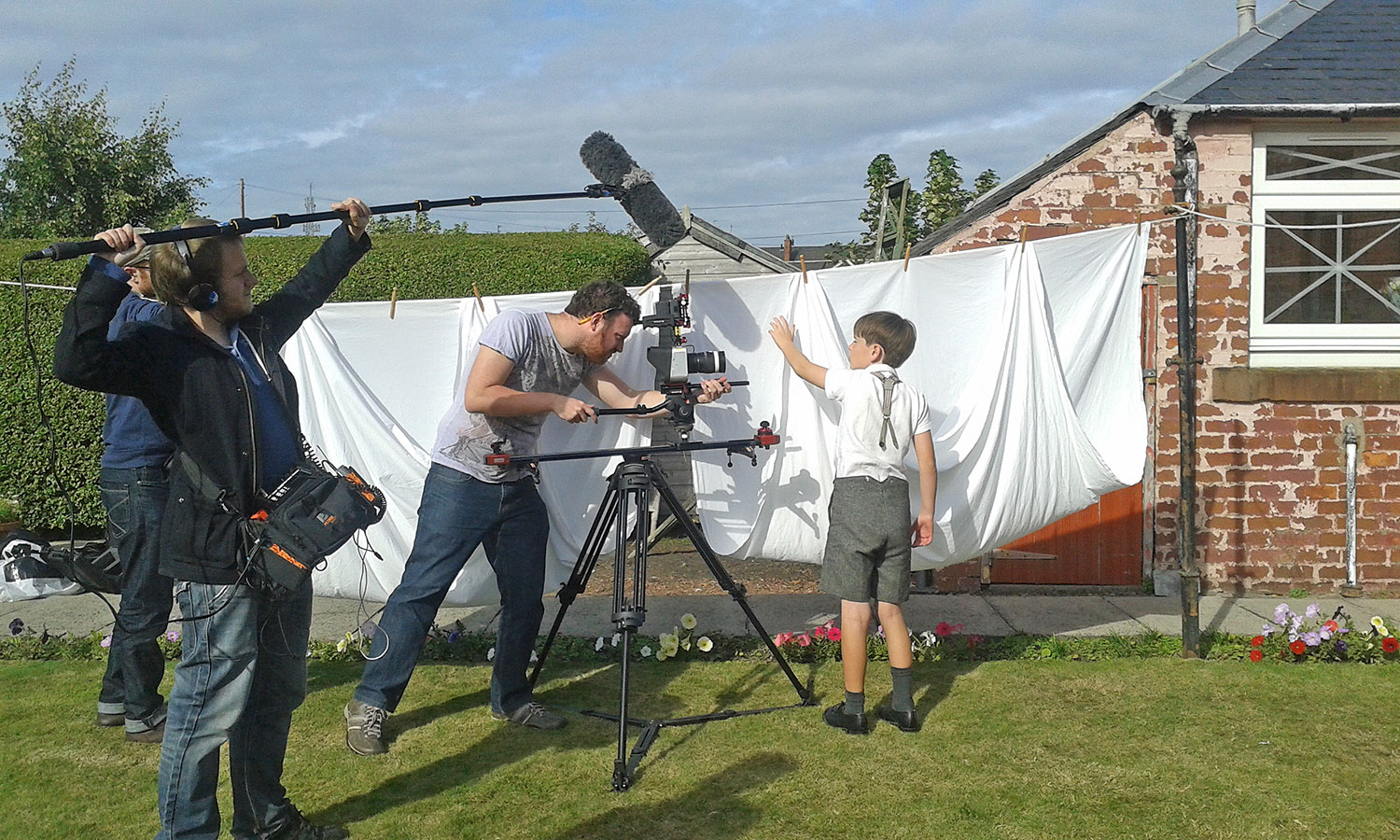 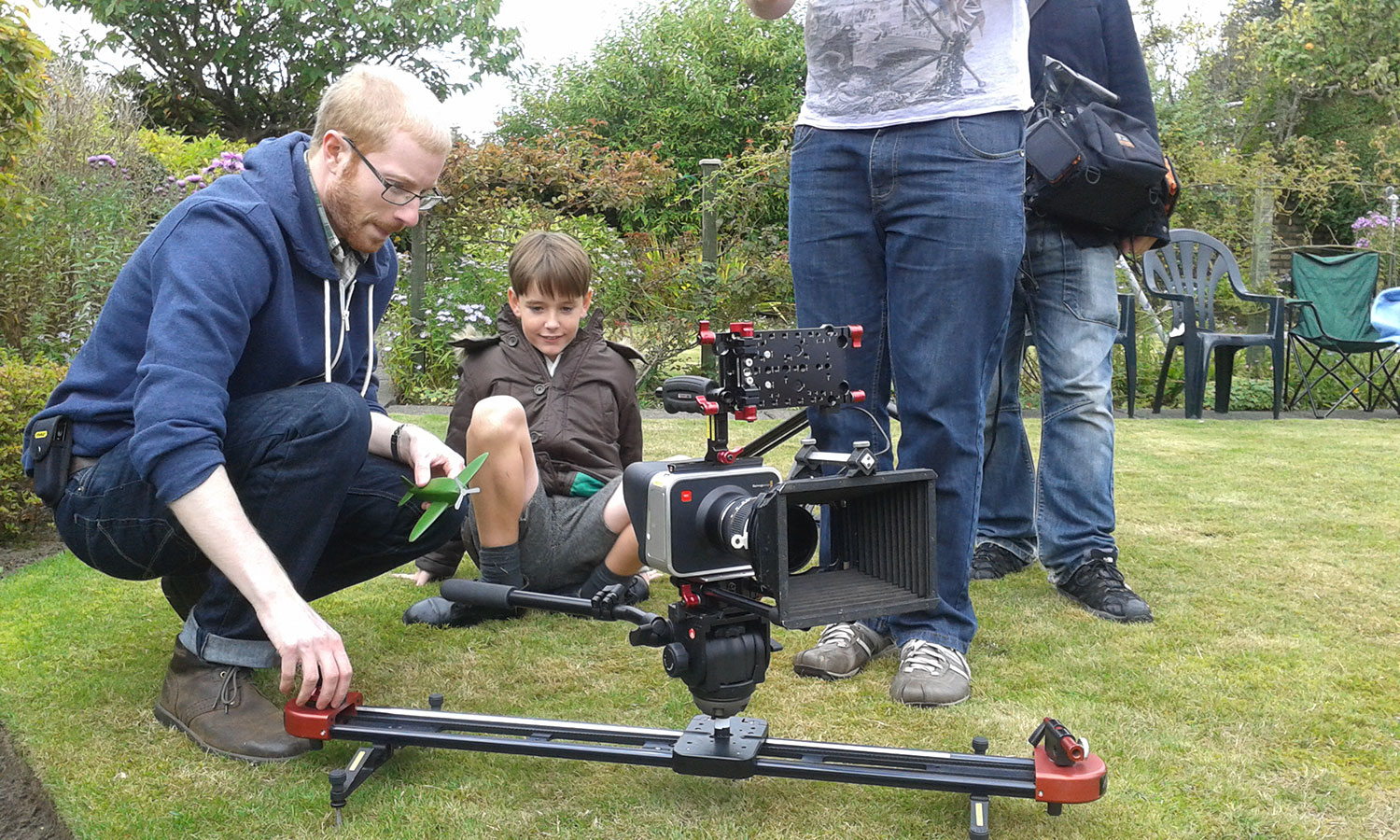 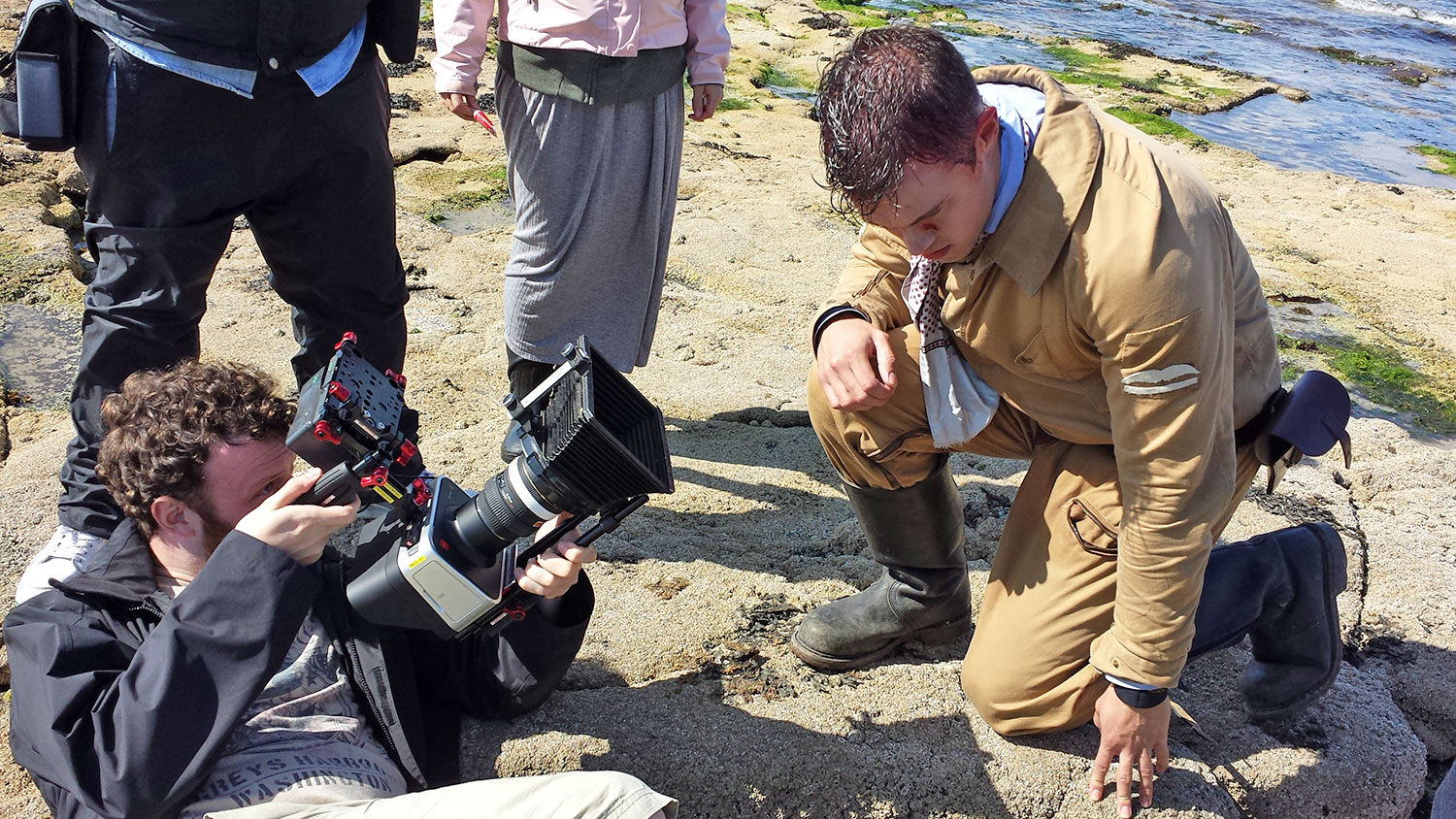 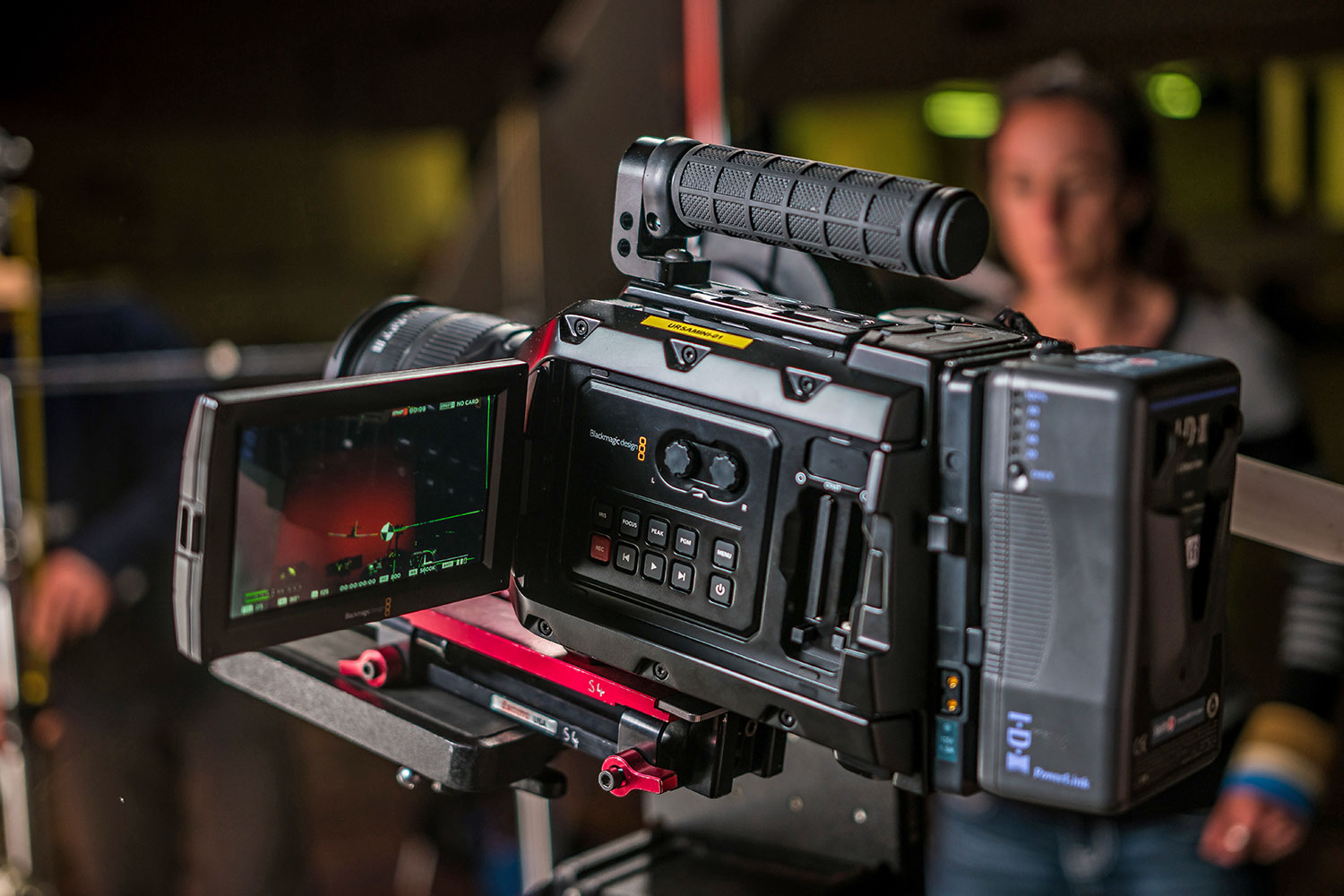 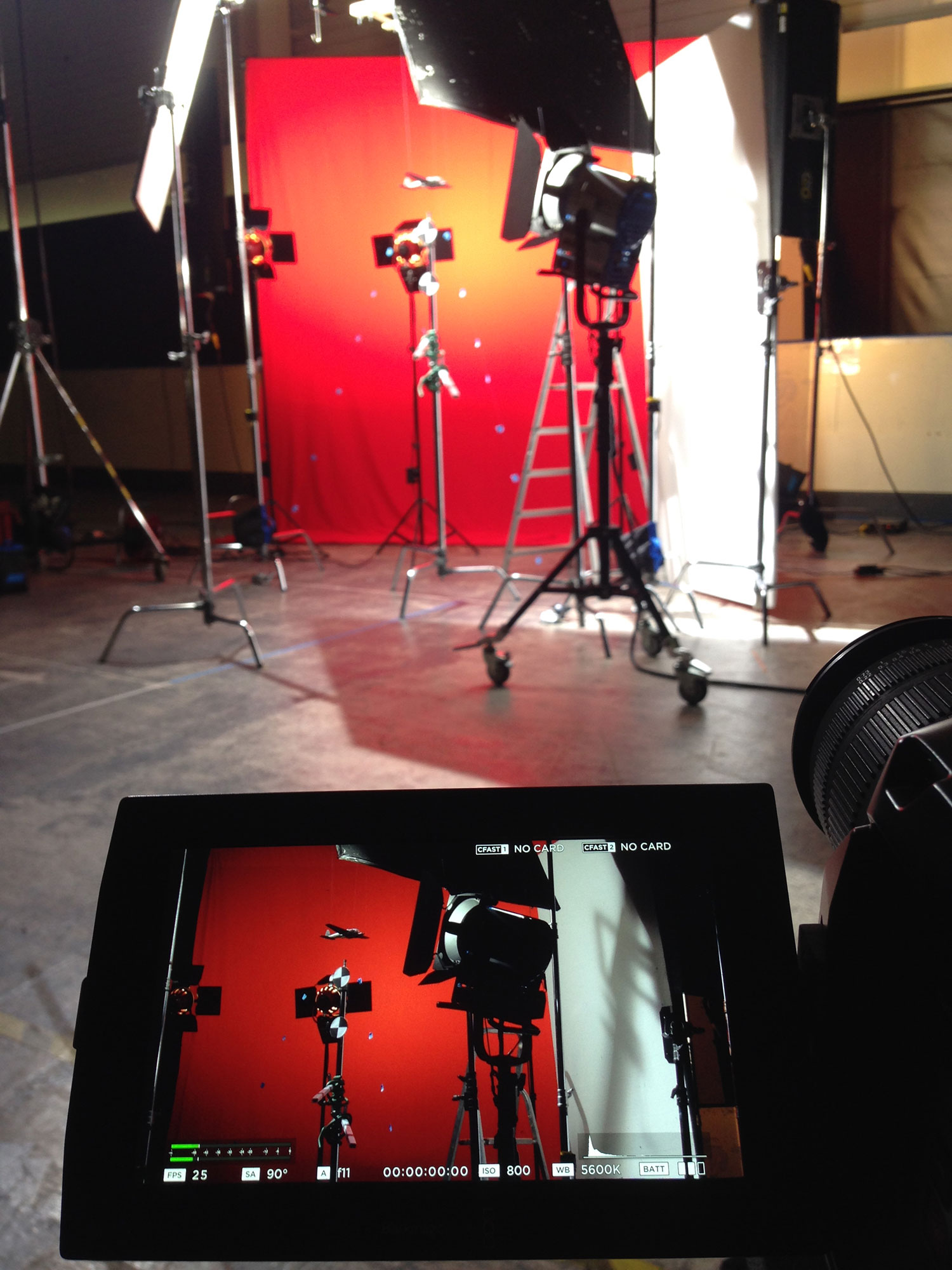 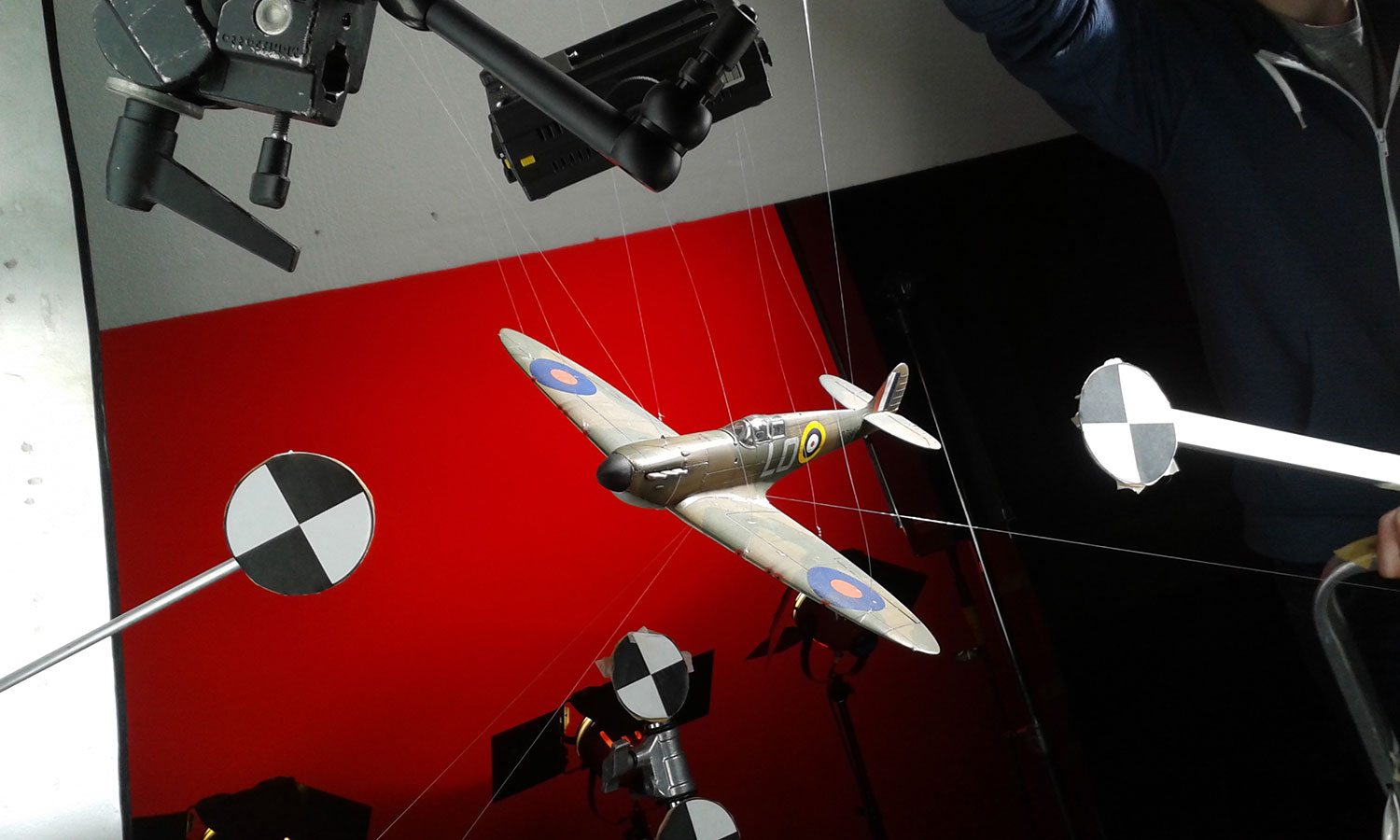 And here is the finished trailer:

We would like to wish Andrew, David, the cast and the crew of Rule #1 Films every success with their project.