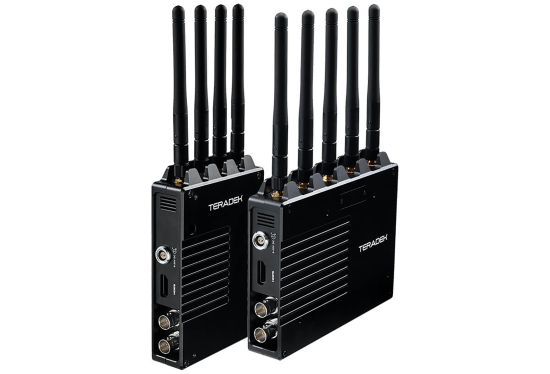 Bolt 4K’s exclusive technology offers 8x the signal performance and 50% more range than existing systems, making it the most robust wireless system that Teradek have ever designed.

Teradek’s patented RF technology greatly improves image quality across all resolutions and framerates, giving you finer detail and better colour reproduction, even if you’re at the system’s maximum wireless range.

The Teradek Bolt 4K offers the industry’s best protection against prying eyes with AES-256 encryption and RSA 1024 key pairing. Combined, these two technologies ensure nobody can decrypt your wireless feed or connect another receiver to your system without explicit authorization.
*According to Teradek.

All Bolt 4K systems are compatible with one another* and are multicast-capable to up to 6 receivers, even if they’re from different model ranges.
*At the time of writing.