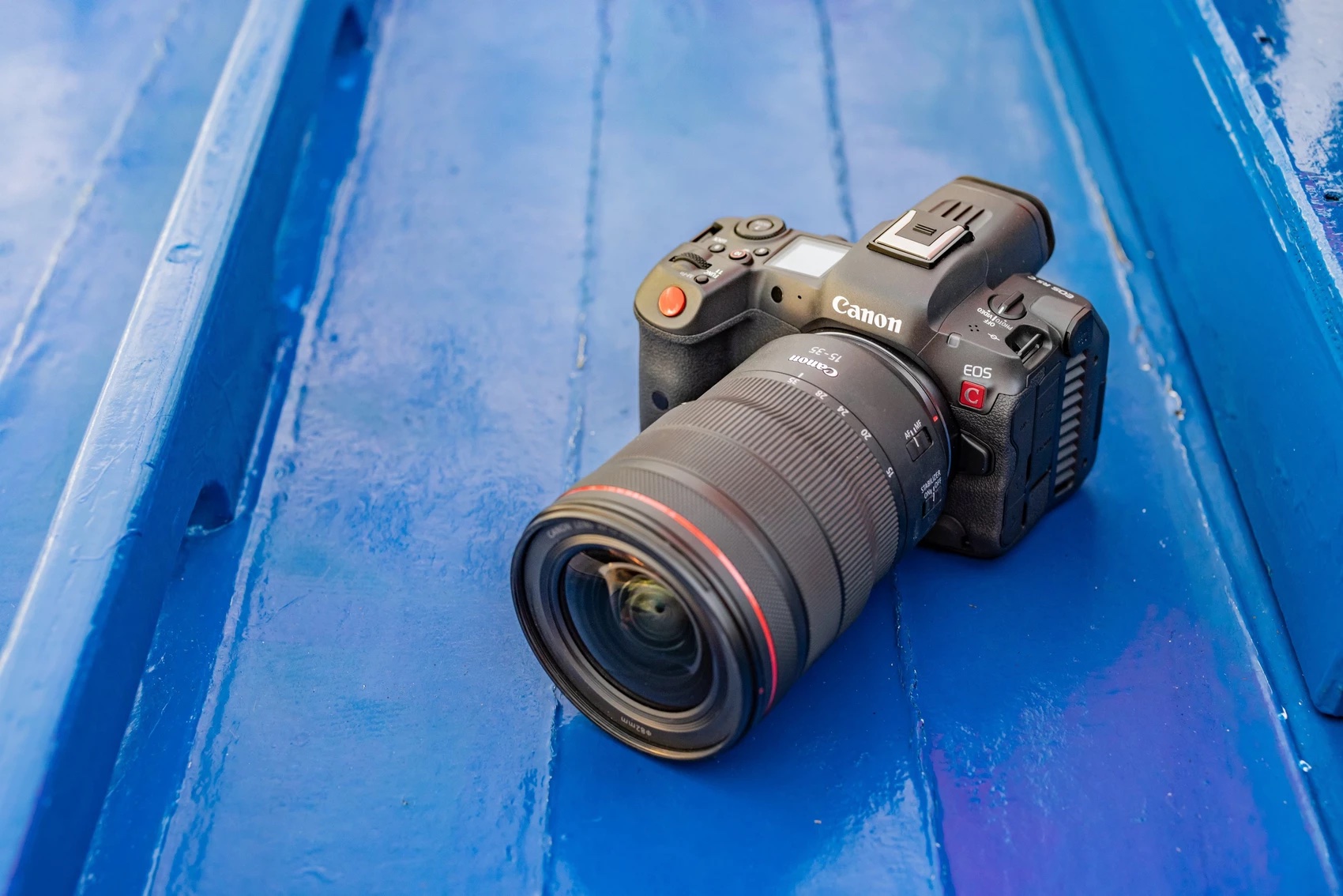 When Canon announced the EOS R5, immediately filmmakers were drawn to the headline 8K video function.  Not long after getting into their hands, there were complaints about the fact it couldn't sustain shooting for long periods in its highest modes.  To be fair to Canon, they acknowledged this at launch but nevertheless, some weren't happy.

The fact is you can't please everyone.  The EOS R5 was at launch and still is an astonishingly capable stills camera that will also shoot video, the point being the priority is on it shooting stills rather than video.

With the EOS R5 C, Canon looks to answer the needs of those that need a camera that prioritises video over stills.

The most obvious addition is that of a cooling fan on the back, very similar to that of the EOS C70.  This allows the EOS R5 C to record in all video modes for an unlimited period (obviously card and battery permitting).  Other than that, the cameras look very similar and indeed they share the same 45MP Dual Pixel AF Sensor, viewfinder and touchscreen.  They also both use the same battery.  Memory wise, again they have the single CF Express and UHS-II SD card slots in common.  The EOS R5 C is, as would expect, slightly heavier at 770g compared to the 740g of the EOS R5.

On top of the camera, there is now a three position switch allowing you to select between video and stills modes.  In photo mode, the displays and menus replicate the normal EOS R5 camera.  Switching to video mode and you'll find something more in line with its bigger brother, the EOS C70. 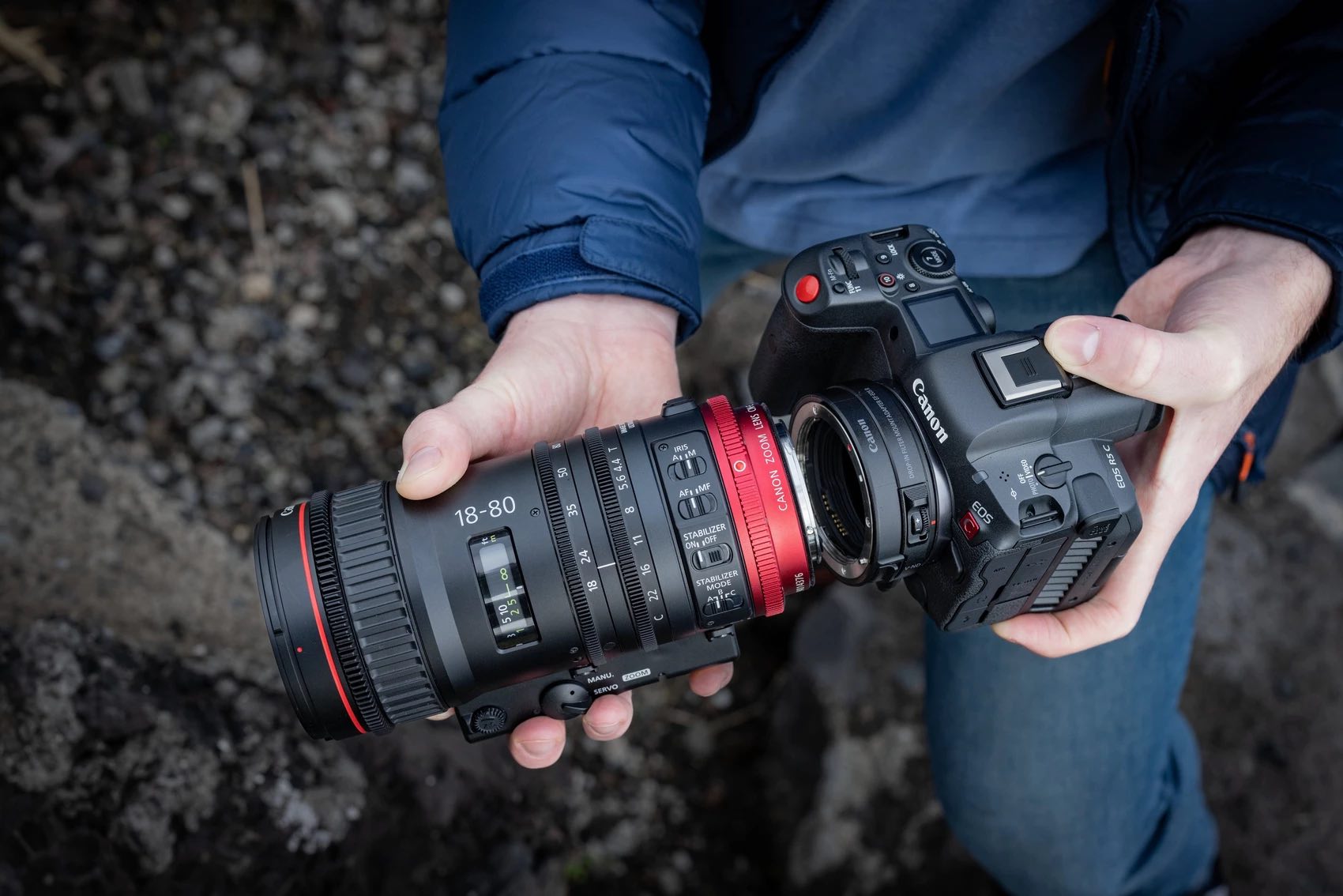 Autofocus is similar to the EOS R5's Dual Pixel CMOS AF system with eye/head/person detection.  Image stablisation is dealt with digitally with the camera being able to communicate with any Canon IS lens.  Using the digital IS results in a 1.1x crop.

The EOS R5 C offer additional video features, most notably a wave form display. False colour is also available for checking over exposure.  It is possible to sync the camera up to other EOS Cinema devices using the timecoding link.  The multi-function accessory shoe offers options for an XLR/stereo mic input.

The EOS R5 C will be availble to hire from March onwards.  For more details and to join the waiting list to try it, please click here.