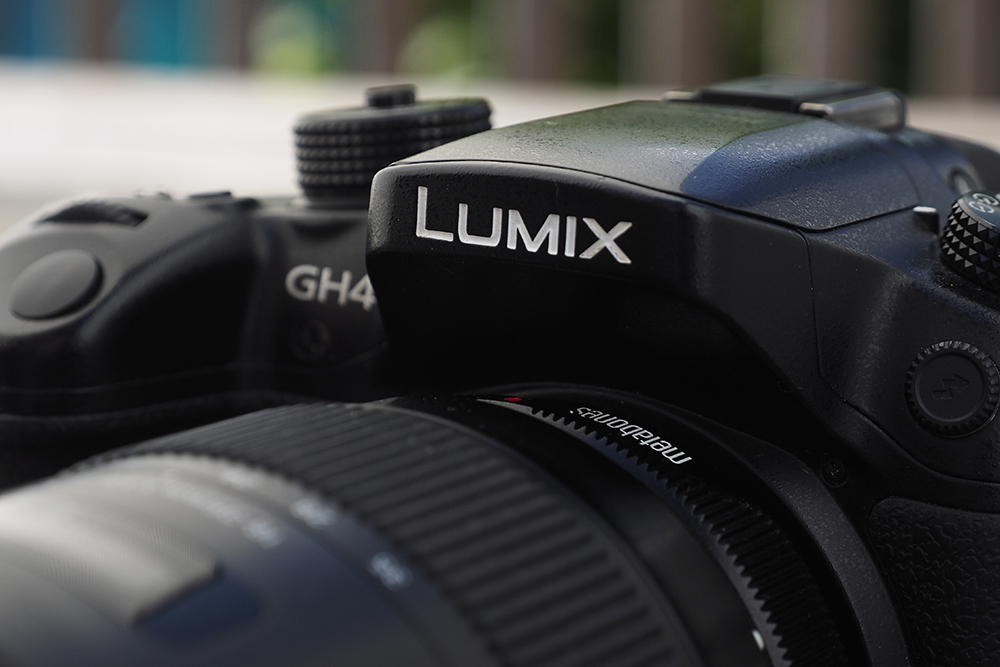 Videographers and filmmakers use Metabones adaptors a lot, (in fact we now include them with every Sony FS7 hire as standard), but how useful are they in the photography world? Well first, a quick recap. In part one we looked at the different types of Metabones adaptors available. Here we are going to focus on one type in particular - the Speed Booster. A Speed Booster is essentially the opposite of a teleconverter. When attached between camera and lens, a Speed Booster’s key impact is twofold. For one, the focal length magnification is approximately 0.7x, meaning the angle of view is widened. Also, the aperture is faster (wider) by approximately +1EV, meaning you gain light.

The maths can be a little complicated, but let us look at our example, which is a popular setup.  We have the Panasonic Lumix DSC-GH4 and a Canon fit Sigma 18-35mm f/1.8 lens for APS-C cameras.  The camera and lens are paired with the Canon EF to M4T Speed Booster, which has a 0.71x focal length magnification and gains 1EV of light. So when the 18-35mm f/1.8 lens is attached to the GH4 through the Speed Booster, it becomes a 13-25mm f/1.2 lens (approximately). It’s easy to see the appeal of a Speed Booster already.

However, the camera and lens are not based on the same sensor size (magnification). The GH4 is a micro four thirds (M4T) camera with 2x effective focal length magnification (in full-frame terms). The Canon lens is APS-C with a 1.6x focal length magnification (for Nikon/ Sony this would be 1.5x). Effectively the Canon fit Sigma lens is a 29-56mm (approx) f/1.8 to f/16 lens, when attached directly to a Canon APS-C camera, such as the Canon EOS 7D Mark II. When attached to the GH4 via the Metabones Speed Booster, it becomes a 26-50mm (approx) f/1.2 to f/11 lens.

In summary, the difference in sensor size between M4T and APS-C is almost relative to the 0.71x magnification factor of the Speed Booster, meaning the focal length and depth of field control is very similar. Again, the maths is similar when pairing a full-frame lens, with an APS-C camera such as a Sony NEX compact system camera. For example, the Sigma ART 24mm f/1.4 Nikon fit lens becomes a 25mm f/1.0 lens (approx) when attached to a Sony NEX camera via a Speed Booster.

Handling: The Speed Booster is a solid bit of kit. Once attached to a camera there is a little bit of give, but this does not affect image quality. Lenses from a larger format like in our example are disproportionately large when attached to the smaller format camera. This means our setup is a little front heavy. Handily though, there is a tripod mount on the base of the Speed Booster, which gives greater balance than when the tripod is attached to the camera.

Focal length: In comparison pictures taken with the Sigma 18-35mm f/1.8 lens attached directly to a Canon EOS 7D Mark II and then to a Panasonic Lumix DSC-GH4 via a Metabones adaptor, one can see the slight difference in focal length. The GH4 with Speed Booster is a fraction wider, which can introduce vignetting if the lens is at its widest focal length.

Auto Focusing: Just like a Metabones Smart Adaptor, a Speed Booster features electronic contacts and therefore supports autofocus and in-lens stabilisation. In use, autofocus with our camera and lens combination works surprisingly well. It’s no match to using the GH4 directly with a native Panasonic M4T lens, but autofocus is good enough for everyday scenes. Using the GH4’s touchscreen for pinpoint touch AF is wonderful. Shooting fast moving action is still possible, but the hit rate for sharp photos will not be as high. As for video, with AF set to continuous, there are times when AF ‘hunting’ is obvious. When the lens AF motor hunts for a subject, the sound is audible, which could be distracting in videos where audio is needed. Of course, the responsiveness and handling of AF will vary from lens to lens, but when mixing a third party lens with a camera via any adaptor, AF performance will be compromised.  That said, as far as using a lens adaptor goes, autofocus with the Metabones Speed Booster is impressive.

Surely a lens adaptor compromises image quality we hear you say? Well, the team at Metabones would even argue to the contrary, claiming improved image sharpness through using a Speed Booster. We took the Canon EF to M4T Speed Booster out for a spin, shooting video and photos with the Panasonic Lumix DSC-GH4 and Canon fit Sigma 18-35mm f/1.8 lens. Pictures have been made with the lens at a variety of focal lengths and through the entire aperture range.  We also had the Canon EOS 7D Mark II along for the ride to make comparison images. It was a fun time out with the camera and we are really pleased with the results! 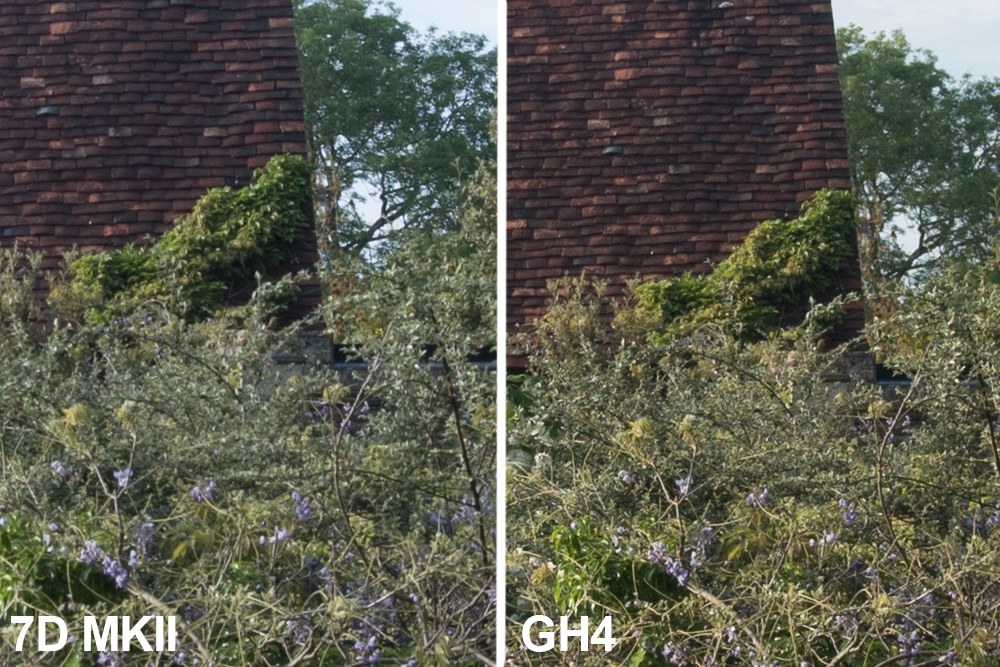 At the edges: Shooting at the widest focal length, there is an obvious vignette of the lens because the focal length using the Speed Booster is fractionally wider. Zoom in a tad and it disappears. As for the detail itself, there is a fall off in image quality in the corners of an image. Detail is noticeably softer. With regards to lens distortions such as chromatic aberration, we don’t think it is any worse than what it is like in the EOS 7D Mark II pictures. Chromatic aberration is there, but this appears to be from the lens and not the Speed Booster Adaptor. Vignetting is slightly more pronounced with the Speed Booster setup, but is all but gone once at an optimum aperture.

Shooting video: The appeal of lenses at f/1.0 and f/1.2 is great, especially for filmmakers and portrait photographers. M4T cameras are more limited with control over depth of field because of the 2x magnification. The Speed Booster increases the control over depth of field. In our example, being able to shoot video at the f/1.2 aperture using an M4T camera is wonderful - the control over depth of field is great and one can really make a subject pop, by blurring the background. What is more, the fall off in image quality in the corners found in 4:3 aspect ratio photos with the GH4 is not relevant with video. This is because when shooting video the aspect ratio is 16:9 and therefore these soft areas of an image are not included within the video frame.

The image quality is excellent in the middle of a picture and the improved control over depth of field is novel, especially for the M4T format. Autofocus is noisy and does not hold its performance when compared to focusing with a native M4T autofocus lens, but it is respectable and works well in everyday situations, especially through pinpoint touch AF.  If you are interested in pairing up some DSLR glass with a compact system camera through a Speed Booster, go for it and we would love to see your pictures!