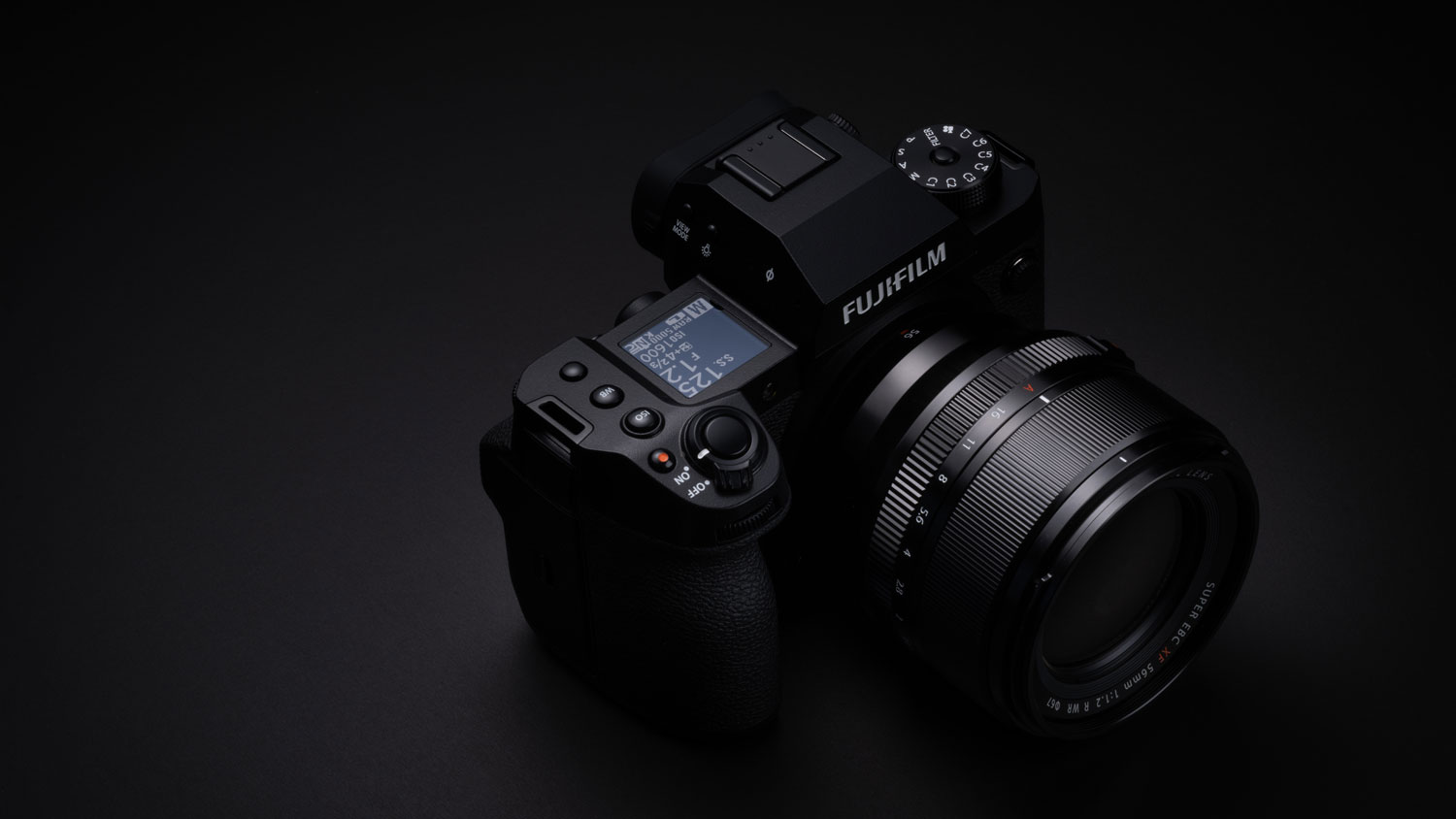 FUJIFILM Corporation has announced the launch of the mirrorless digital camera FUJIFILM X-H2 (X-H2). It is the latest addition to the line-up of the X Series of compact and lightweight cameras renowned for their outstanding image quality, delivered by Fujifilm’s proprietary colour reproduction technology.

The X-H2 features the new back-illuminated 40.2MP X-Trans CMOS 5 HR sensor and the high-speed X-Processor 5. This is a new flagship model boasting the highest image quality in the history of the X Series, capable of capturing high-resolution stills and high-definition 8K/30P video. It extends photographic and videographic coverage of the X Series further to cater to diverse user needs.

The X-H2 is equipped with a 40.2MP APS-C sensor capable of producing stills and videos with outstanding high resolution, and offers the shutter speeds as fast as 1/180000 sec and ISO125 as standard sensitivity, thus broadening the coverage of photographic categories. This is also the first X Series camera that provides the Pixel Shift Multi-Shot function to enable 4x higher image resolution and accurate colour reproduction, as well as the Smooth Skin Effect to automatically re-touch.

The X-H2 is the first APS-C sensor camera to support the recording of high-resolution 8K/30P video. It is packed with other features to facilitate high-quality video production in a variety of conditions, including subject-detection AF to detect animals, birds, cars, motorcycles and many other subjects. A five-axis in-body image stabilisation (IBIS) mechanism offers up to 7.0-stops of image stabilisation.

In July this year, Fujifilm introduced the FUJIFILM X-H2S (X-H2S), an X-Series flagship suited to photograph a moving subject with the ability to take up to 40 frames per second in blackout-free continuous-shooting. By developing a double-flagship structure in adding the X-H2 to the range, Fujifilm promises to cater to all the shooting needs of professional photographers and videographers.

The X-H2 is equipped with the all-new back-illuminated 40.2MP X-Trans CMOS 5 HR sensor and updated image-processing algorithm to enhance image resolution without compromising the S/N level, producing the highest image quality in the history of the X series. The new sensor has an improved pixel structure to efficiently bring in a greater amount of light. This means ISO125 is available as a standard sensitivity.

The use of the new sensor and resulting ability to control exposure times with greater precision has improved the fastest shutter speed for the electronic shutter by approximately 2.5 stops from the previous model’s 1/32000 sec to 1/180000 sec. This allows users to leave the aperture wide open in bright conditions such as a sunny beach or a ski slope, or to capture a split-second motion in studio and other locations.

This is the first X Series camera featuring the Pixel Shift Multi-Shot function, which quadruples image resolution and produces accurate colour reproduction. The camera uses the IBIS mechanism to shift the image sensor at high precision to carry out automatic shooting of 20 frames in a single click of the shutter. The dedicated software “Pixel Shift Combiner” processes the captured frames to generate an image containing some 160 million pixels, which is perfect for commercial photography and digital archiving.

The Smooth Skin Effect which automatically smooths the skin tone is also featured for the first time in the X Series camera. It reduces post-processing workload required in portrait photography, etc., so that images can be finished at an advanced level of perfection much quicker than ever before.

The X-H2 comes with 19 Film Simulation modes, including “Nostalgic Neg.,” characterized by high saturation and soft tonality. Users can use Film Simulation presets designed for various subject types and scenes, as if they are choosing photographic films.

The camera supports the HEIF format, which enables recording images with a rich 10-bit colour depth whilst being 70% of the size of an equivalent JPEG file. It can store image data more efficiently while retaining advanced quality. 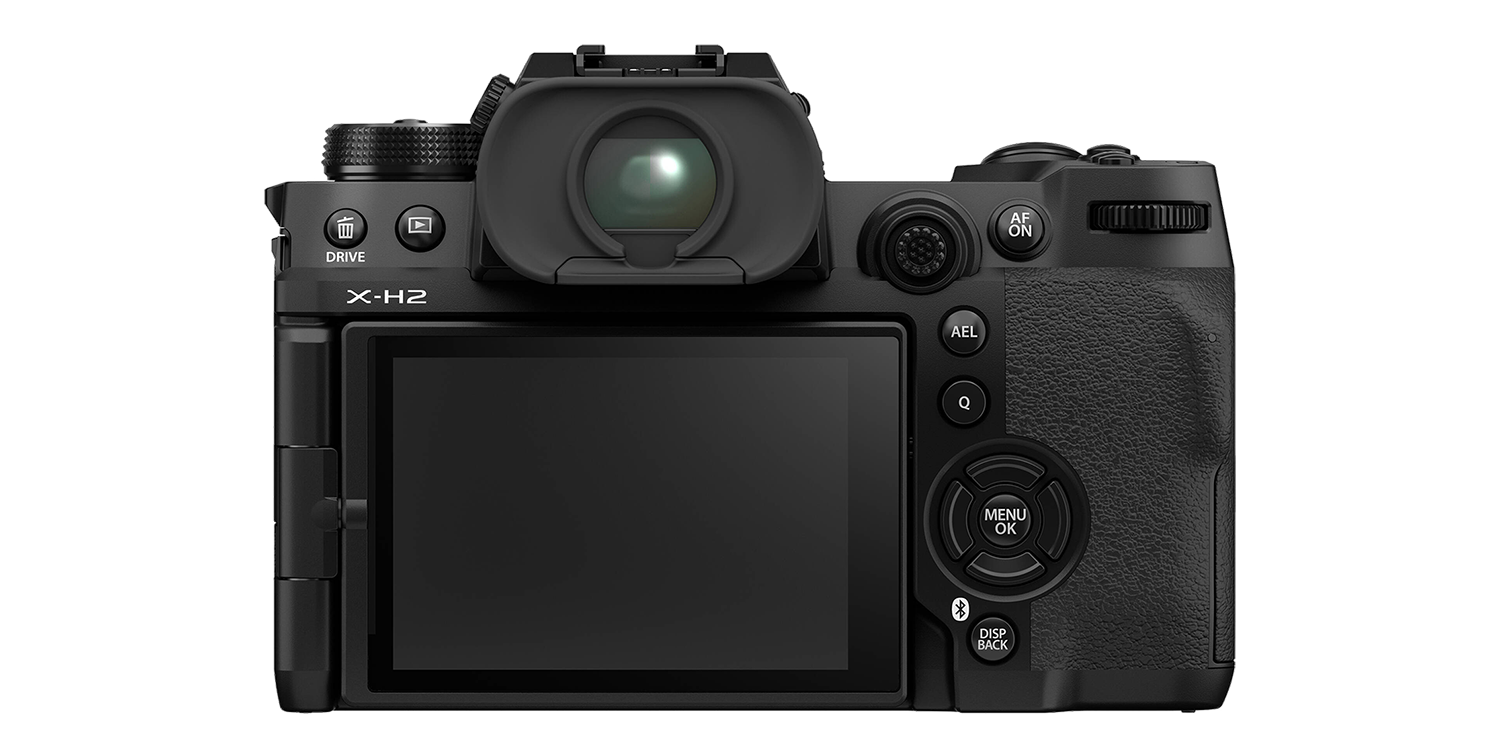 This is the first X Series camera to support the recording of 8K/30P video in 4:2:2 10-bit. Featuring the heat-dissipating structure the same as that of the X-H2S, this model is capable of recording 8K/30P video for approximately 160 minutes. It also supports the 4K HQ mode, i.e. 8K over-sampling to produce high-quality 4K video, making the maximum advantage of the high-resolution sensor to deliver images in superior image resolution.

The camera features the new digital zooming function for use during video recording. Even when mounted with a prime lens, the camera can achieve up to 2x digital zoom without compromising image resolution.

Combined with a compatible HDMI recording device, ATMOS NINJA V+ or Blackmagic Design’s Video Assist 12G, 12-bit RAW video output from X-H2 can be recorded as Apple ProRes RAW or Blackmagic RAW at resolutions and frame rates of up to 8K and 30 frames per second.

The X-H2 features F-Log2 for recording video in the expanded 13+ stop dynamic range for enriched tonality, and adds freedom in post-production creativity. 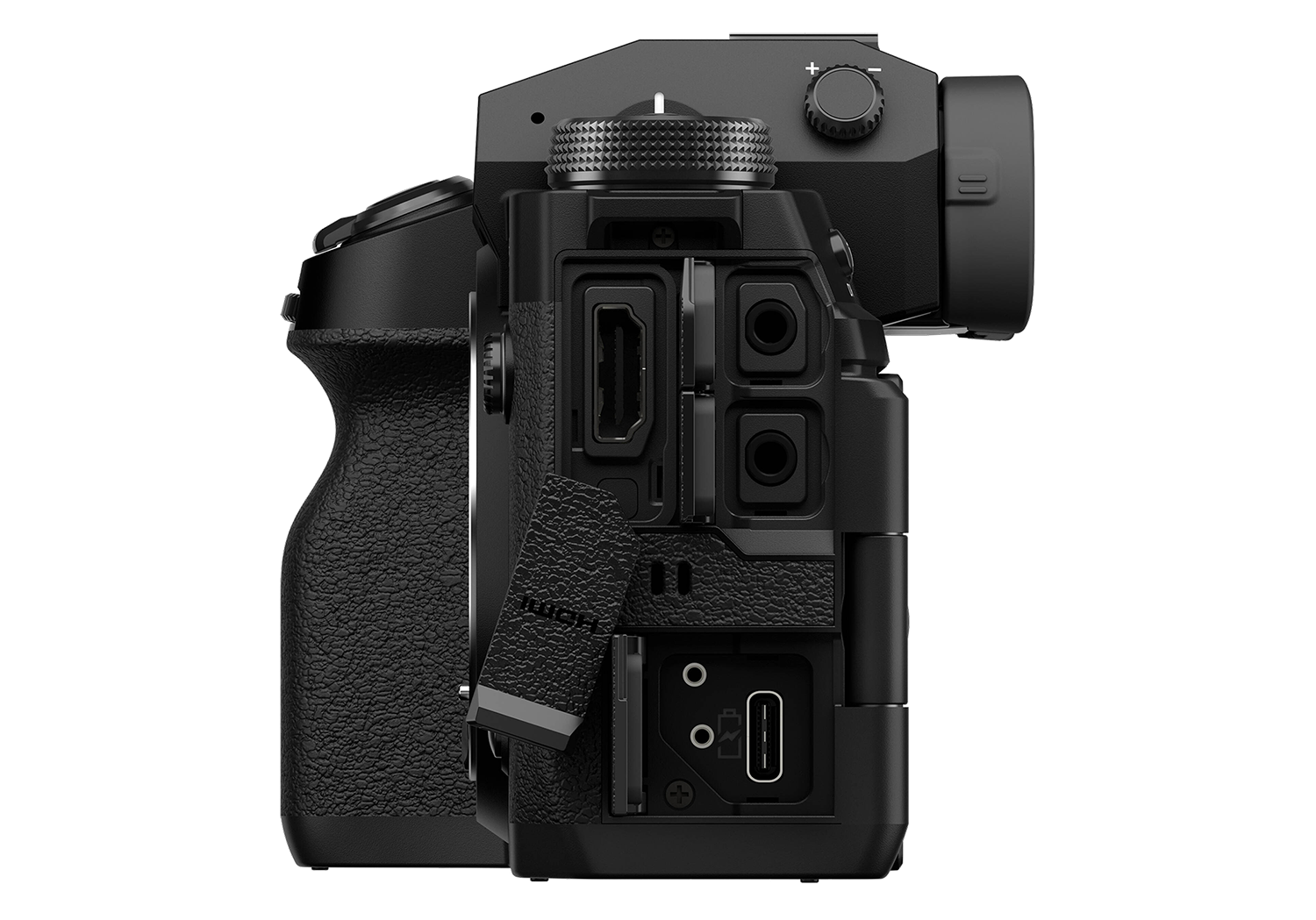 The X-H2 is equipped with subject-detection AF, developed with Deep Learning technology. It uses AI to detect a variety of subjects including animals, birds, cars, motorcycles, bicycles, airplanes and trains. The system automatically tracks a subject while maintaining focus, so that users can concentrate on shutter opportunities and framing.

The new high-resolution sensor has an increased number of phase detection pixels, resulting in an improved ability to attain AF-S focus on a subject with high-frequency subject such as animal fur and fine leaves. Users can easily autofocus accurately in situations where AF-S is typically used, such as wildlife and portrait photography. The new camera also features an AF prediction algorithm, originally developed for the X-H2S, for stable focusing even in the AF-C mode.

The magnification for the Focus Check function, in which the area to be focused can be enlarged in the AF/MF mode, has been doubled the previous model’s up to 12 times. A focus meter has been newly added to assist manual focusing during video recording to enable focus adjustment with greater precision.

The video AF algorithm has been optimised to substantially improve AF accuracy during video recording. This gives users peace of mind when recording 8K video, which requires focusing of advanced accuracy.

Hardware that promises ease of operation

The X-H2 features a five-axis IBIS mechanism that offers up to 7.0-stops of image stabilisation. Users can shoot hand-held even in low light conditions such as nightscape photography.

The X-H2 is equipped with a high-magnification and high-definition 5.76-million-dot EVF with 0.8x magnification. It suppresses parallax and distortion which typically occurs when an eye position becomes displaced while using the viewfinder for stellar visibility. It boasts smooth refresh frame rate of approx. 120fps to accurately identify a subject’s fast movements.

The X-H2 shares the same design features as the X-H2S such as an LCD display on the top panel that allows users to check settings at any time, a highly-robust body that withstands heavy professional use, the shutter button’s feel when it is half-pressed and adjustment to the feel of the AF ON button.

The camera has a standalone video-recording button and features a 1.62-million-dot vari-angle rear LCD monitor, which can be positioned in a range of angles to enable filming as intended.

The Fujifilm X-H2 is available for hire, HERE.