The Panasonic LUMIX GH6 is Here! 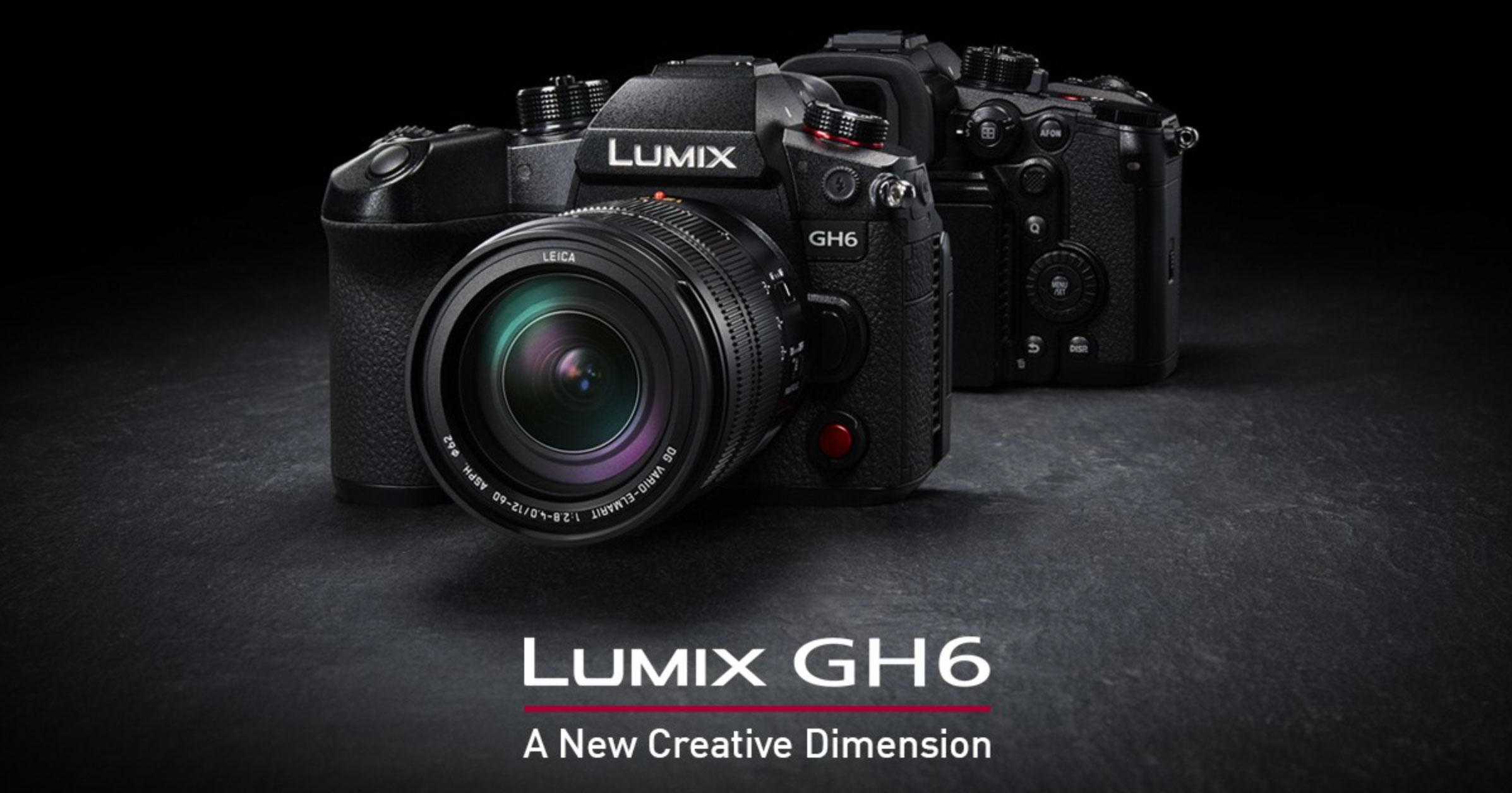 In 2009, Panasonic introduced the DMC-GH1, the first model of the LUMIX GH series, with a hybrid photo/video concept. Since then, the GH series has evolved with innovative features demanded by users, and now, it has become renowned by creators worldwide as a first-choice tool thanks to its performance, mobility, and rugged design. The LUMIX GH6 is the latest addition to the series that again breaks the boundaries of mirrorless cameras. 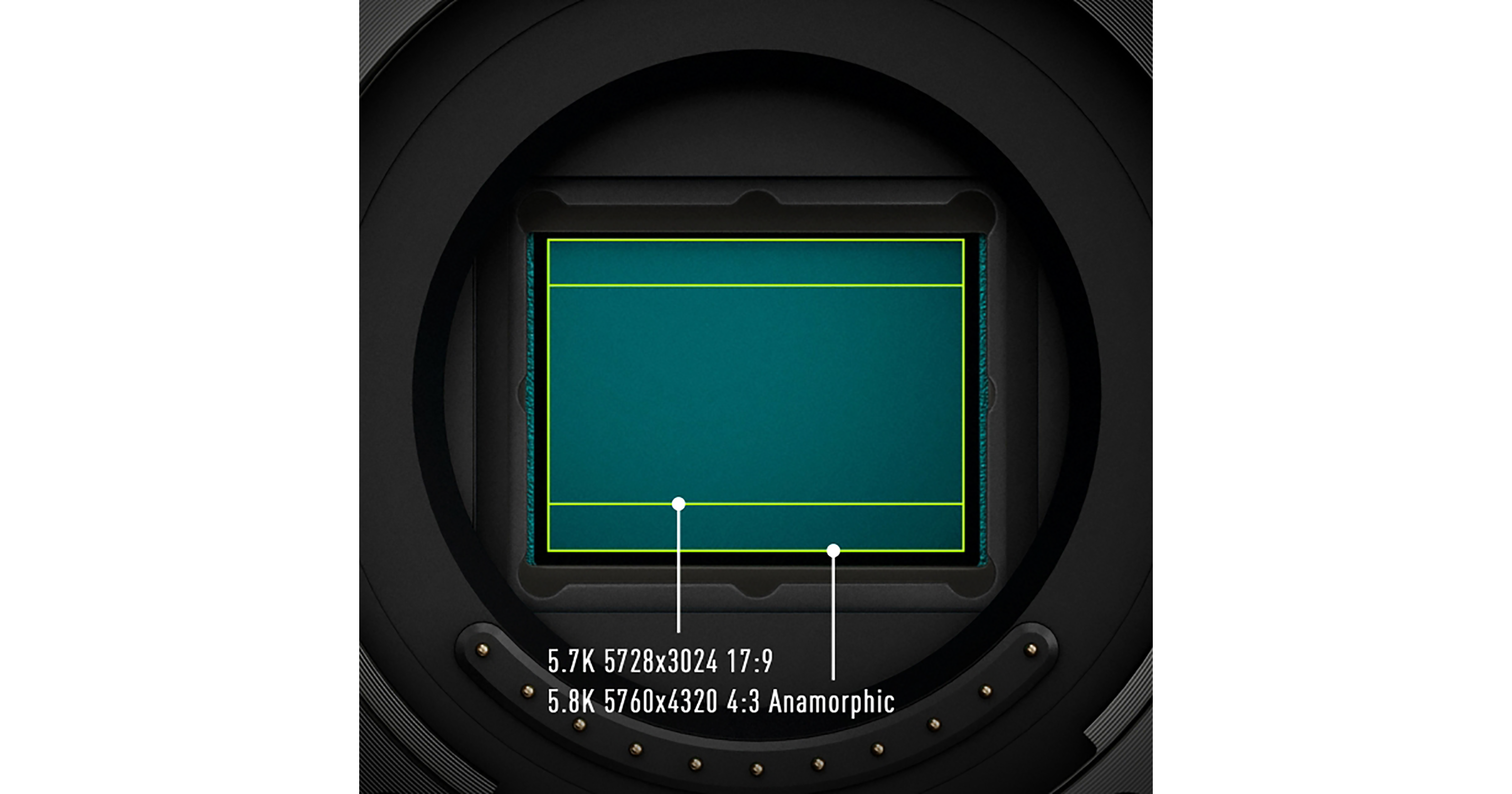 Overheating can be a fatal issue to continuous video recording especially when the resolution and the frame rates are increased but the LUMIX GH6 achieves unlimited video recording time in all modes by optimising the heat-dissipating path with a forced-cooling fan mechanism.

For agile handheld shooting, the LUMIX GH6 adopts a new super high-precision 5-axis gyro sensor with a new algorithm to achieve a powerful 7.5 stops of Body I.S. and Dual I.S.2.

The 5-axis Dual I.S. 2 works seamlessly to record natural, comfortable-to-watch video footage. It applies appropriate compensation according to the type of movement by precisely judging the cause – whether it was generated by panning, tilting or hand-shake. The B.I.S. compensates for camera movement even when an interchangeable lens without O.I.S. (e.g. a cine lens) is used. With this powerful image stabilisation, even a 100-megapixel high-resolution image can be shot using the High Resolution mode without a tripod. In High Resolution mode, eight consecutive images are automatically shot while shifting the sensor using the Body I.S. (Image Stabiliser) mechanism and synthesized into a 100-megapixel equivalent (11552 x 8672-pixel) image that faithfully reproduces precise details to be saved as beautiful, highly realistic images not only in RAW but also in JPEG. With its compact, lightweight design and powerful Body I.S., the LUMIX GH6 makes shooting that was previously deemed impossible – such as handheld ultra-telephoto shooting – possible.

The LUMIX GH6 delivers much improved audio recording performance, with 4ch 48kHz or 96kHz 24-bit recording made possible when an XLR microphone adaptor is attached. This provides greater flexibility when shooting outdoors, for example, where multiple audio sources are present, or when recording backup audio. 2ch 48kHz 24-bit recording is also supported with the built-in mic as well as 2ch 96kHz 24-bit high-resolution recording with an external mic.

The channel to use for headphones can also be switched during video recording and audio menus can be directly accessed with the Fn1 button on the top of the camera to easily check sound levels during 4-channel audio recording. For an external microphone, a Φ3.5mm stereo jack is provided.

The LUMIX GH6 also offers a host of practical features. There are a variety of useful settings in Photo Style including different Cinelike gamma presets such as ‘Cinelike D2’ and ‘Cinelike V2’, which have similar gamma setting characteristics for film production. 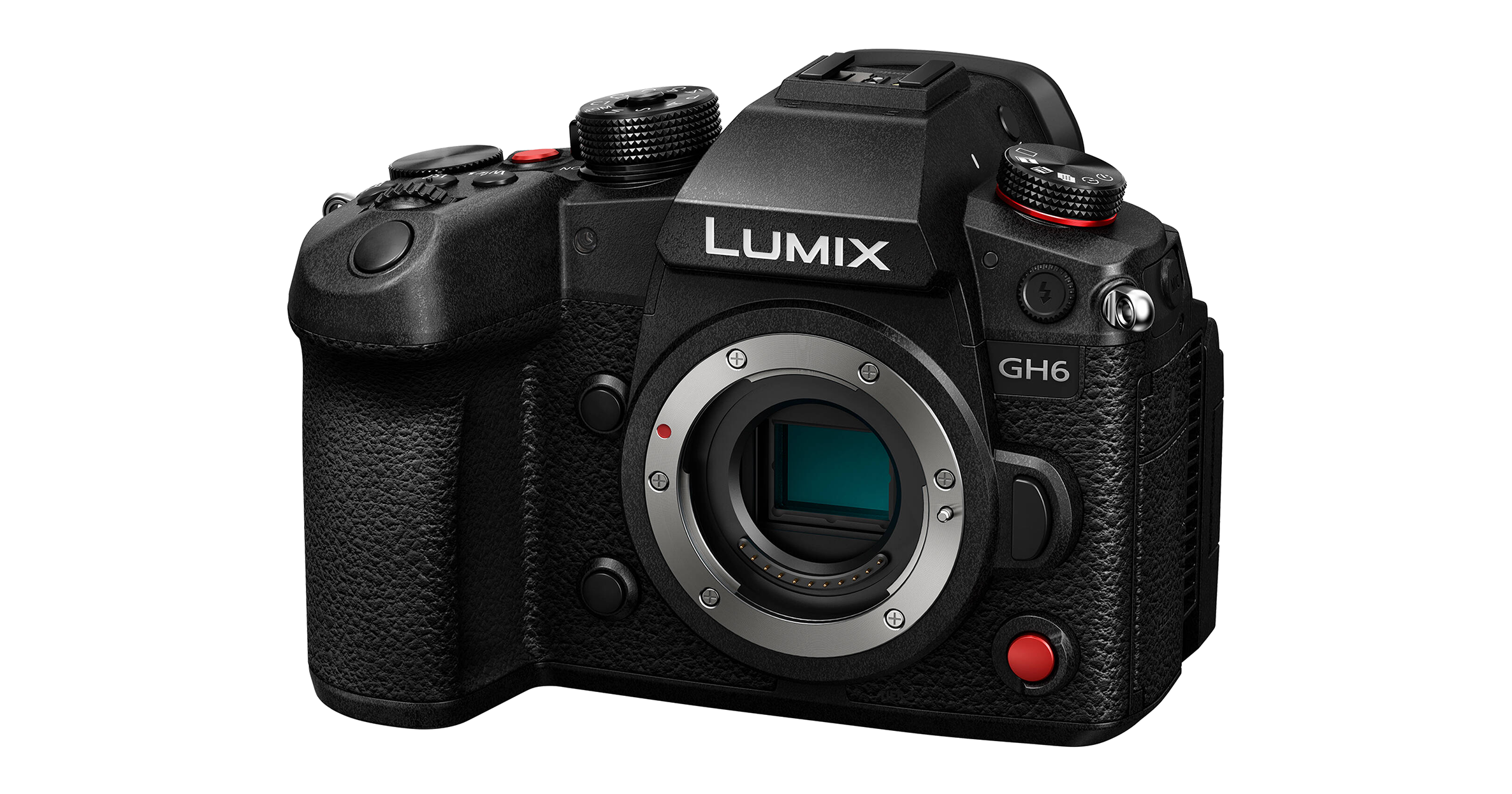 New to the LUMIX GH6 is the Safety Zone Marker, which shows a guide of 95%, 90% or 80% recording area, while the Centre Marker allows you to choose the type of the marker. In the Colour Temperature Setting, the kelvin values can now be displayed on the recording screen

4K 60p timelapse videos can also be produced inside the camera. With the Exposure Levelling function, the exposure is automatically adjusted to prevent large changes in brightness between adjacent frames to produce equable time-lapse footage.

MF assist during video recording is now supported, enabling the user to enlarge the screen up to 6x to check the focus.

The new Venus Engine is also upgraded with advanced image processing technologies to render high-resolution imagery with natural noise texture and rich colour reproduction, which is a hallmark of LUMIX cameras.

The combination of the new advanced sensor with enhanced saturation performance and the new engine makes it possible to render a clearer image even in 25.2-megapixel high resolution and lower minimum ISO sensitivity at ISO 100 [Photo: ISO 50(Extended) - 25600 / Video: ISO 50(Extended) -12800].

The LUMIX GH6 adopts a 3.0-inch tilt and free-angle touch-control monitor in 3:2 aspect with 1,840K-dot high resolution. The tilt and free-angle screen allows for greater flexibility and convenient rotation even with a HDMI cable and USB cable connected to the camera.

To support high precision focusing, the LUMIX GH6 provides practical options for manual focusing. While focus is shifted with variable amount according to the rotation speed of the focus ring for non-linear setting, it is shifted with a designated amount according to the rotational quantum of the focus ring for linear setting. Sensitivity (amount of focus shift per rotational quantum) can be selected from 90 to 360 degrees by 30-degrees to enable intended focus operation.

Reliable Build Quality for Professional Use

The LUMIX GH6 is tough enough to withstand heavy field use with a magnesium alloy full die-cast front / rear frame and is not only splash-resistant but dust-resistant and freeze-resistant down to -10 degrees Celsius/14 degrees Fahrenheit. The shutter unit is also durable for approx. 200,000 cycles. The Rec button is located on both the top and front of the camera, which makes it easy to start and stop recording even when shooting at a low angle or with a shoulder rig.

For the terminal, HDMI Type A is provided. Plus, a cable lock holder for the HDMI/USB cable is provided to prevent issues such as unplugging on location. The LUMIX GH6 supports USB 3.2 Gen 2 for high-speed writing and readout. The 2200mAh high-capacity battery can be recharged either via AC or USB according to the users’ convenience. It also complies with USB PD (Power Delivery) when the corresponding Battery Charger DMW-BTC15 is used. The LUMIX GH6 is also compatible with Time Code IN/OUT synchronization through the flash synchro terminal and bundled BNC converter cable with BNC cable. This makes the non-linear editing of footage shot with multiple cameras easy.

Wi-Fi 5-GHz (IEEE802.11ac) is enabled in addition to 2.4-GHz (IEEE802.11b/g/n). This provides a secure and stable connection not only with a smartphone/tablet but also with other devices on location for smooth remote control. The transmission speed of photo/video data is also increased by using the 5-GHz band. Compatibility with Bluetooth 5.0 (called BLE: Bluetooth Low Energy) enables constant connection with a smartphone or tablet with minimum power consumption. The settings of a LUMIX GH6 camera can also be copied and transmitted wirelessly to other GH6 cameras when using multiple cameras. The LUMIX Sync application for iOS/Android devices allows remote control of the camera using a smartphone or a tablet via easy wireless connection. In addition to wireless control via a Remote Shutter DMW-RS2 (sold separately), application software LUMIX Tether enables tethered shooting via USB. Users can control the camera by connecting it to a PC via USB, letting them view the image on a large PC screen while shooting. Profoto wireless transmitters “Air Remote TTL-O/P” and “Profoto Connect-O/P” can be used, enabling wireless connection and control of external strobes for professional shooting.

The Panasonic LUMIX G Series currently boasts a total line-up of 30 Micro Four Thirds lenses to choose from according to purpose. The latest LEICA DG VARIO-SUMMILUX 10-25mm F1.7 ASPH. (X-H1025) and LEICA DG VARIO-SUMMILUX 25-50mm F1.7 ASPH. (H-X2550) zoom lenses feature full-range F1.7 large aperture and are favoured by professional film creators as well as other single-focal-length F1.7 or F2.8 lenses. In addition, the LUMIX GH6 memorises the name and focal length of analog lenses such as anamorphic lenses or old lenses to automatically apply the suitable setting of the camera’s in-body image stabiliser when those lenses are see used.

The GH6 is available for hire, HERE.