The best kit for shooting a festival or music event

Technically, shooting a music event or a festival is one of the most challenging jobs for the professional photographer. Lighting conditions are often difficult as it’s normally very dark, you are restricted to the angles you can get and, overall, it’s pretty demanding on your kit.

Of course, what shots you get depend on what you’re trying to achieve according to your client’s brief.

For a lot of my work, I find that I’m shooting for web use and then later the pictures will be used for other promotional material. Images and video are incredibly important for any festival or event because the resulting media is what is used to sell the following year’s event. The media produced must be of the highest standard as it’s a vital part of the event’s future success.

Here, I will look at the type of kit that is ideal for shooting a festival to ensure you get the shots you want and the shots you need.

On this job, I was working with a social media company called Influence Digital to deliver content for We Are FSTVL. There were other photographers at the event who had a slightly different brief to me, but my main objective was to capture things as they happened and get them back to be loaded on Twitter and Facebook as quickly as possible. 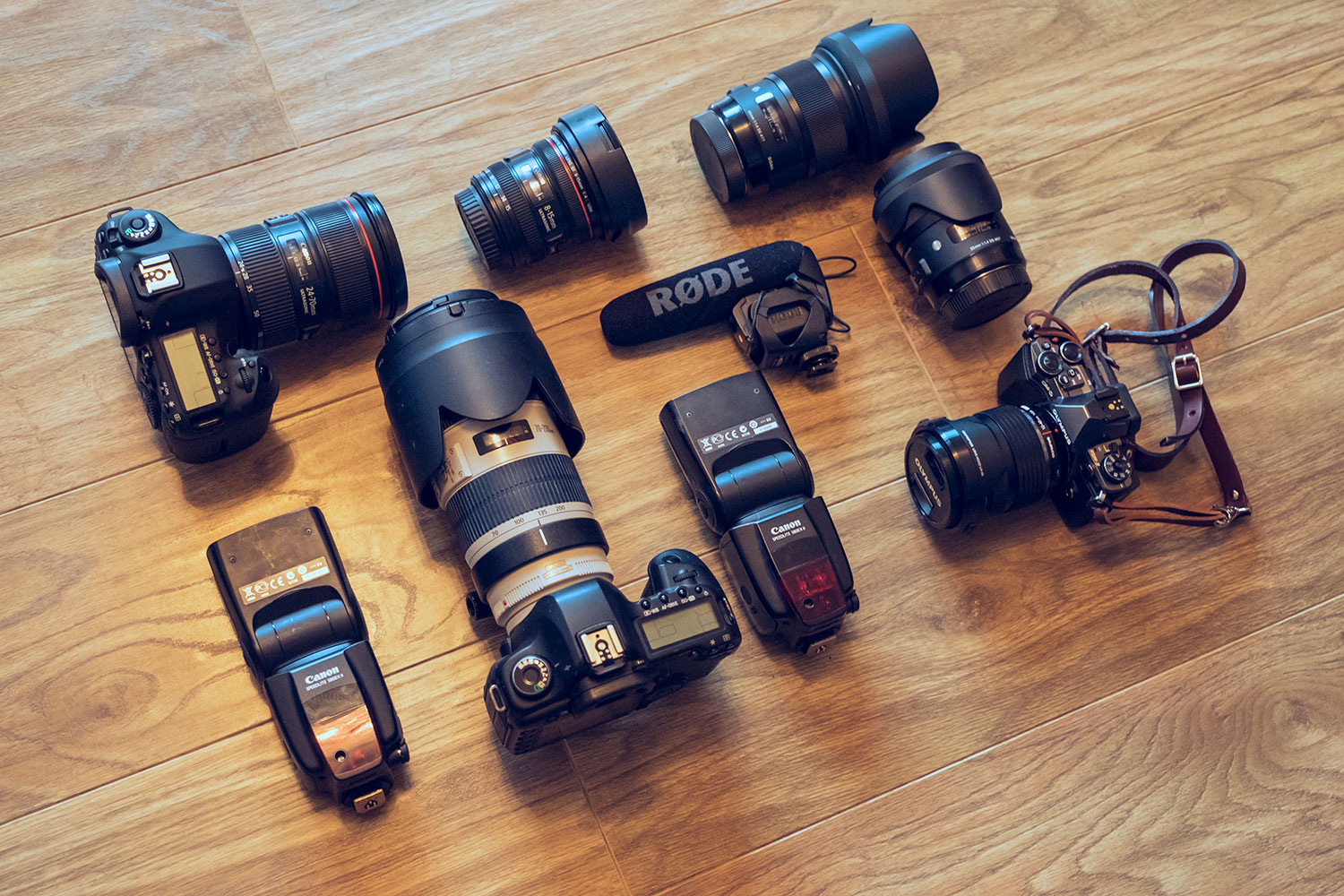 Obviously, the first thing you’re going to need is a camera. I own quite a bit of kit and regularly rent/lend/borrow kit that I need for certain jobs. I have access to mirrorless systems, but frankly full-frame DSLR cameras are built to do this job. Fast autofocusing in low light and good high ISO performance are a must, so if you’re looking for a camera a DSLR is probably your best bet.

One of the most important parts of photographing any event is capturing the general ambience. What makes a festival? Well, that would be the crowd, of course! Without them, it’s just music in a field, which isn’t that much fun, is it? The best way to capture a big crowd and show off all the glitzy lights and stage production is to use a good wide-angle lens. I find the wider the lens and the closer you get to something, the more big and dramatic it looks. This can be both an advantage and a disadvantage – if you’re photographing a large crowd with amazing lights or some confetti and pyrotechnics, it can look awesome. However, if the venue isn’t full to capacity it can over-emphasise the fact that it’s fairly empty, which doesn’t make for a good festival image. 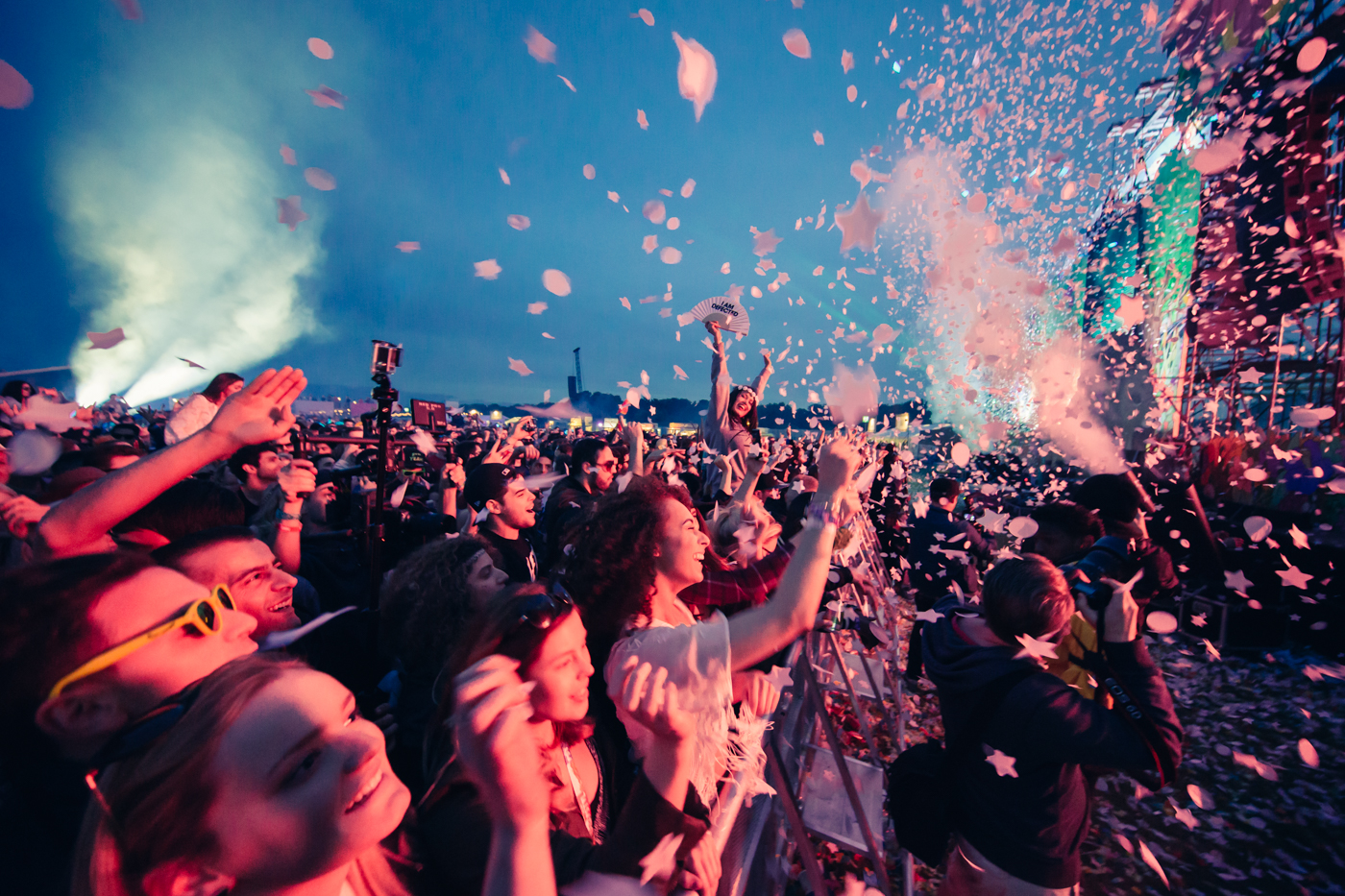 I find I can get away with a 24mm lens on some occasions, but usually something wider is more suitable. I own a couple of wide-angle lenses for my mirrorless kits that I use for weddings and landscapes, but I don’t own a wide-angle for my DSLR kit. I find I only need to use a wide-angle maybe twice a year, so for that reason I just rent it from Hire A Camera. This time I rented the Canon EF 8-15mm f/4L Fisheye USM lens for a couple of reasons. First, because I’ve used most Canon wide-angles on the market but I’d never had a chance to play with this lens. Second, as there were other photographers capturing the same scene, I thought perhaps using something with gnarly distortion would allow me to capture the image differently and give the client a bit more variation.

On the day of shooting the festival, I found the long lens was my most under-used lens. I only needed to use a long lens when I couldn’t get close to an artist, and thanks to my AAA pass and good manners, it was rare that I couldn’t get to where I wanted to be. However, that’s not to say it doesn’t happen. A lot of photography at music events and gigs will take place in what’s known as ‘the pit’. If your work is based there, a long lens is incredibly useful for getting the right shots. 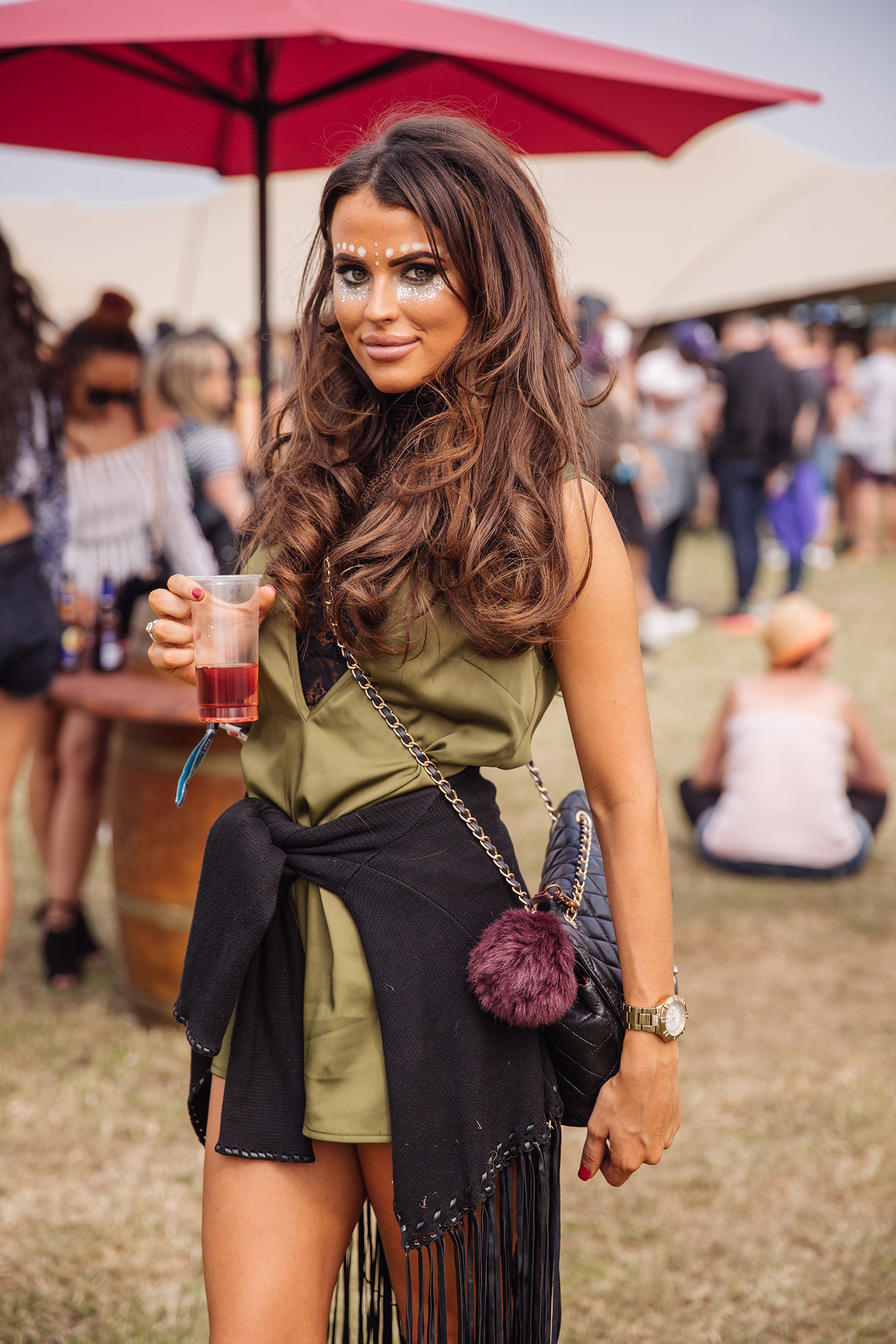 On this day, I rented a Canon EF 70-200mm f/2.8L IS II USM lens. I own a Canon EF 100-400mm f/4L IS USM, but I decided not to take that lens as I didn’t think I needed that much zoom range and I find an f/2.8 aperture lens gives me much better shots overall. On one occasion I was trying to capture a shot of Craig David. I’d taken a bunch of shots from the side of the stage, but I didn’t really want a profile shot. I wanted the photo to be front-on, as the lighting was better and the background had far more impact. This is where the long lens came into play.

Unfortunately, it’s unlikely that you will get away with shooting an entire event using a wide-angle and a long lens, so you’re going to need something in between. Now, this is the bit that will split opinions between photographers. You’ve got the option to use a short telephoto lens that does just about everything reasonably well, or a selection of prime lenses that will also do everything brilliantly but you have to carry them around and swap them over.

There’s also the third option: you can be indecisive like me and bring both. I take a 24-70mm f/2.8 that I use consistently and I have a couple of Sigma prime lenses that I use for specific situations too.

Most professional photographers will have a zoom lens that will do just about everything, and for me this is the Canon EF 24-70mm f/2.8L II USM. I use this lens like a body cap – it’s always on my camera unless I need something really specific. It does a reasonable job of just about everything. It’s decent optically, it’s sharp and f/2.8 is good enough for most situations. 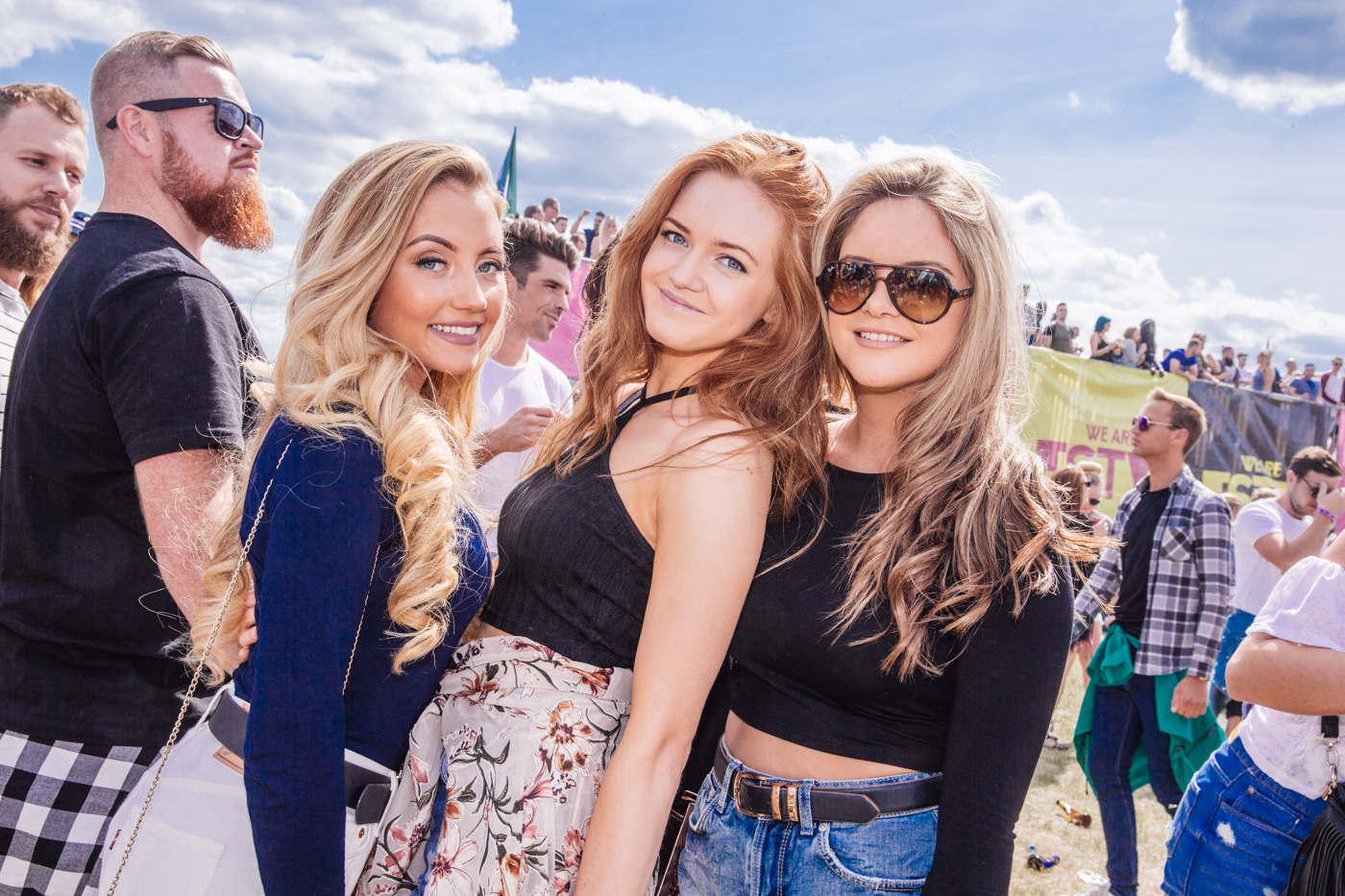 Over the past few years I’ve noticed a lot more demand for video content. For me, I’d rather not go over the top with it. I try to keep it simple, get clean images, decent audio and hand the files over to whoever wants them. I can edit and make video content, but overall I’m a photographer and it’s important not to be distracted from that on the day.

There are a few cameras that I use for video, but the main one is the Olympus OM-D E-M5 Mark II for a number of reasons. First, the stabilisation is absolutely amazing. Even if people are jumping around on stage it’s as steady as a rock, which is a big bonus. I also really like its size – being small, it’s easy to just chuck over my shoulder when I’m shooting. Sure, I can film video on my DSLR, but the E-M5 Mark II is just easier and better for this situation.

For sound, I keep it simple. Most built-in mics are pretty bad, so I opt for a Rode VideoMic Pro.

Callum is a former Technical Writer for Amateur Photographer. During his time on the magazine, he reviewed a host of cameras, lenses and photographic accessories. He has been a freelance photographer and writer for more than eight years shooting a diverse range of subjects, from events through to editorial photography work