Gearing up to shoot drifting 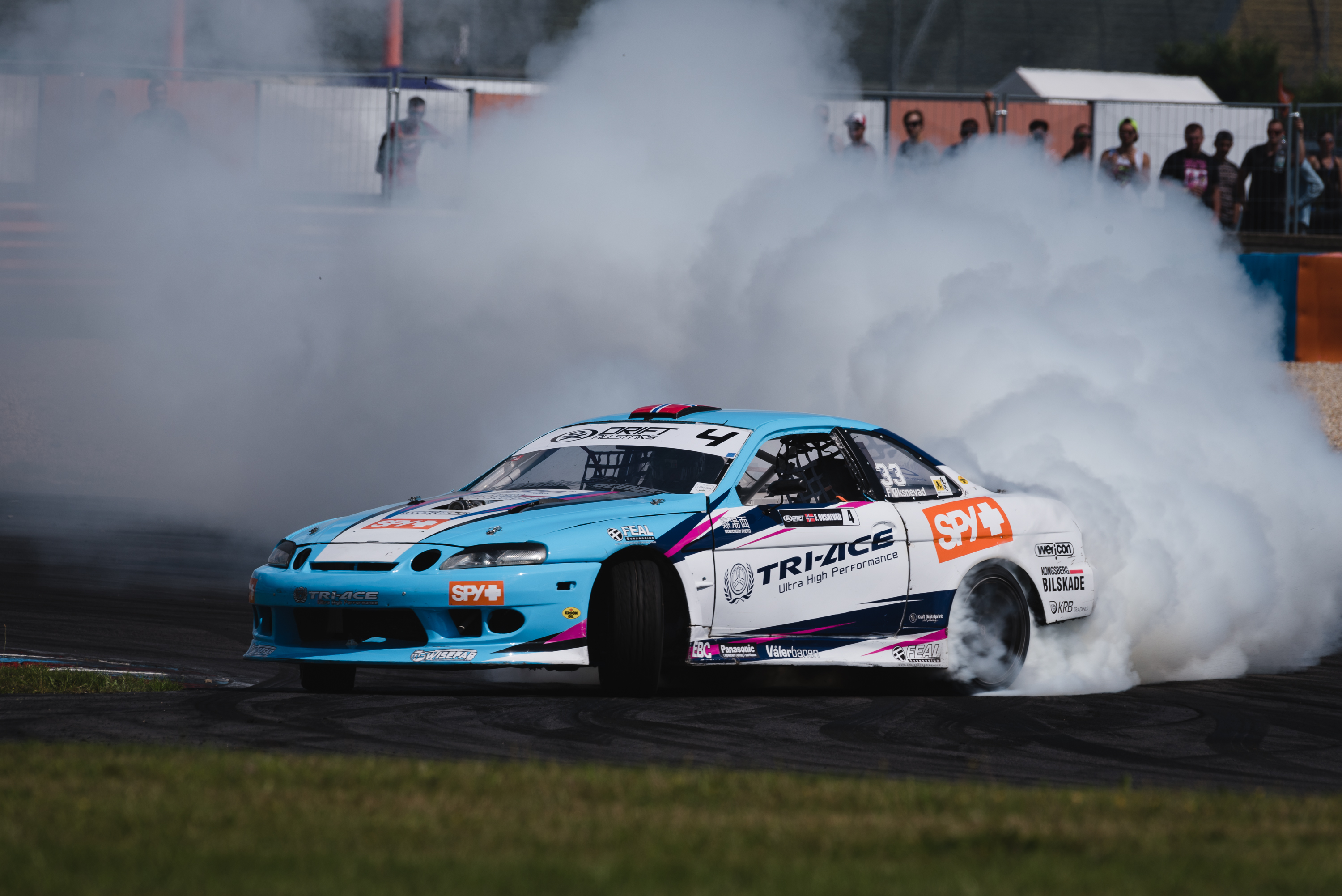 Given that race cars are fairly solid, fast moving objects, it makes sense that the safest position for a motorsport photographer is behind something even more solid, such as a stretch of armco or a tyre barrier. This typically puts you a fair distance from the action on track, so for frame-filling images you’re probably going to end up shooting with a long telephoto lens.

How long? You might be asking. Well, it often depends entirely on the circuit that you’re shooting at. For many smaller circuits a 70-200mm telezoom will be sufficient, and this is my most-oft used lens when shooting the fast-paced and exciting motorsport of drifting. However for larger and faster circuits with a lot of run-off space, then focal lengths in the region of 300-500mm are commonplace. Owning all of the right permutations of focal length when it comes to super telephotos can be incredibly costly, with lenses costing anything from £2,000 to up £10,000+ to purchase – a heck of an outlay for a lens you might only use a couple of times per year. This is when I’ll look to renting as the ideal solution.

The issue comes when you’re asked to shoot at a circuit that you’ve no experience with – what lenses should I take? Quite often my first step is to ask around my motorsport photographer friends for their advice. However when the job booking arrives on the Monday and you’re due to fly out to Germany for the event on the Thursday evening you need to act fast if you want to get your bags packed in time! I was to be shooting the German Drift GP at Lausitzring near Dresden on behalf of the drift series organisers as well as Speedhunters, a large online car culture website, and so needed a lens that wouldn’t take up too much space in my kit bag (I always bring my camera kit as carry-on on airlines), yet offered me a decent focal range that would hopefully suit the circuit.

A quick bit of research into the circuit, and a scout through the Hireacamera stock list and I narrowed it down to two choices – the Nikon 200-500mm f/5.6E ED VR AF-S or the Sigma 150-600mm F5-6.3 DG OS HSM. After a brief chat on the phone to Hireacamera, the former was swiftly winging its way to me in the post. The lens arrived via courier, packaged in its own secure flight case in plenty of time and included everything I’d need to send it back when I was done too. They’d even thrown in a pack of Haribo to boot – my two main weaknesses are shiny new lenses and sweets and someone at HAC knows it!

After destroying the sweets in record time, and following an initial sugar-fuelled play with the lens, I was impressed – not only with the image quality in my initial test shots, but also how compact it is considering the focal length on offer. While the maximum aperture of f/5.6 is slower than the f/2.8 lenses I’m used to, a certain degree of motion blur is always preferred when shooting motorsports, otherwise the cars can end up looking static, so it shouldn’t be a problem. Plus I knew I could get away with increasing the ISO slightly to maintain a fast enough shutter speed if I needed to freeze the action. 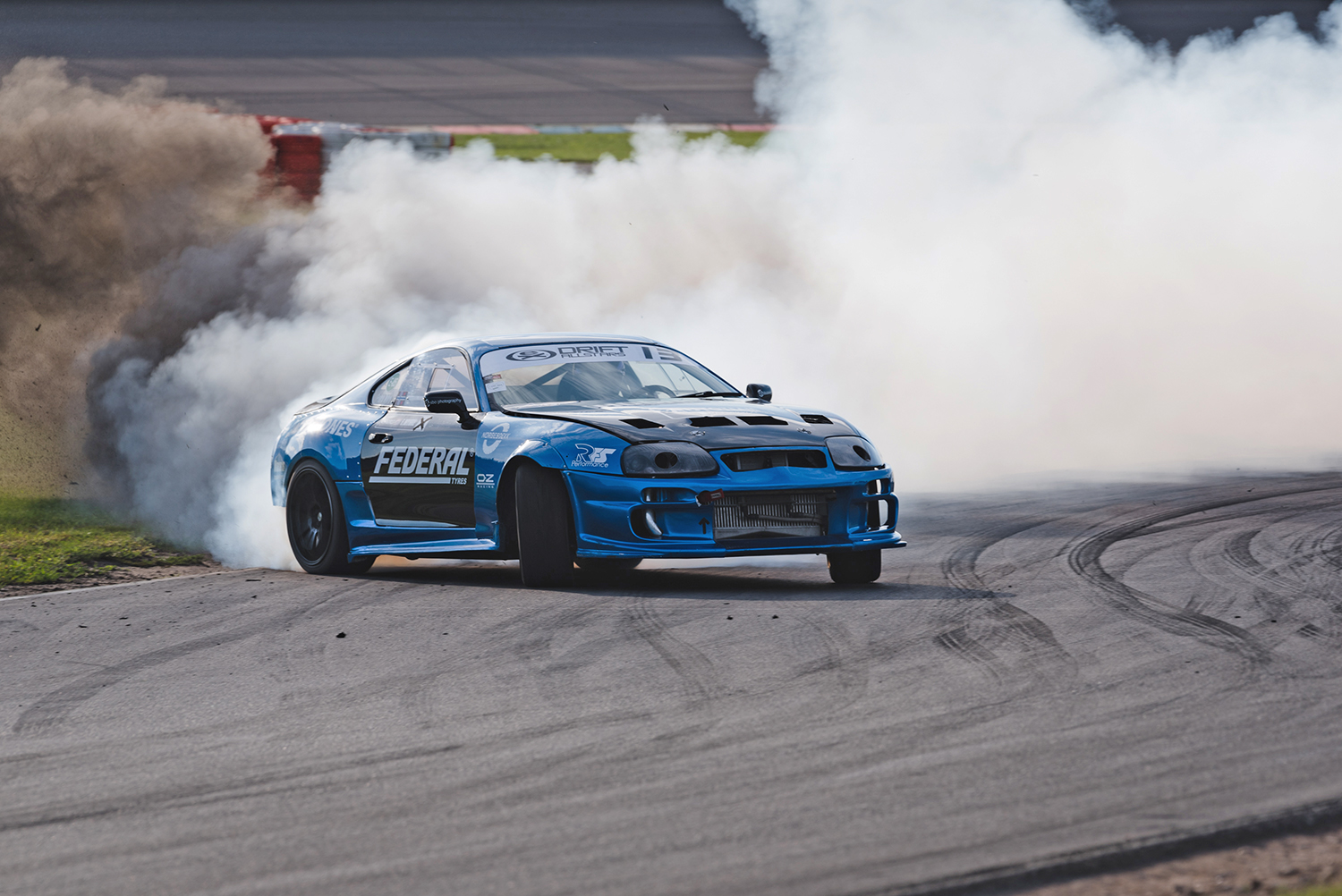 I thought I’d dropped the ball when I first arrived in Germany, as I realised I’d completely forgotten to pack my monopod, however after getting the lens out of my bag and giving it a try I realised I could quite easily get away with shooting handheld, or at least using the track furniture to help stabilise it. The lens offers VR too, so in theory I should be able to shoot handheld and wobble-free at reasonable shutter speeds. At very worse my arms would get a much needed workout! 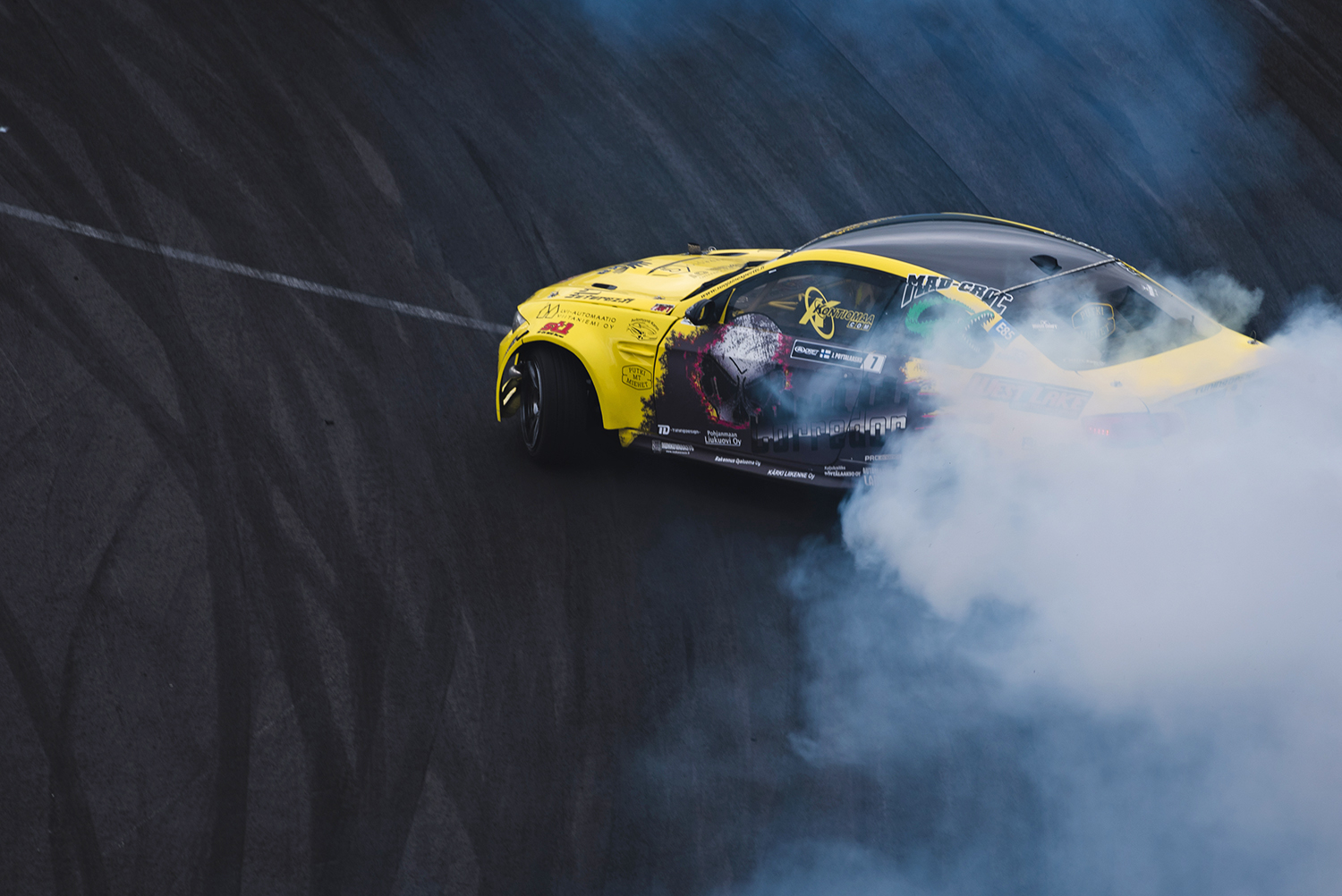 The real test came when I arrived at the circuit. Straight away I was glad I chose to hire a longer focal length. With the 200-500mm on my Nikon D750 and the 70-200mm on my D800, I barely picked up the 70-200mm during the event. There were a couple of corners at which I could get close enough to shoot with the shorter lens, but these were packed with other photographers doing the same. The 200-500mm really came into its own at the long end of the focal length – I could position myself where other photographers could not, and as a result came away with angles and images that no-one else had. 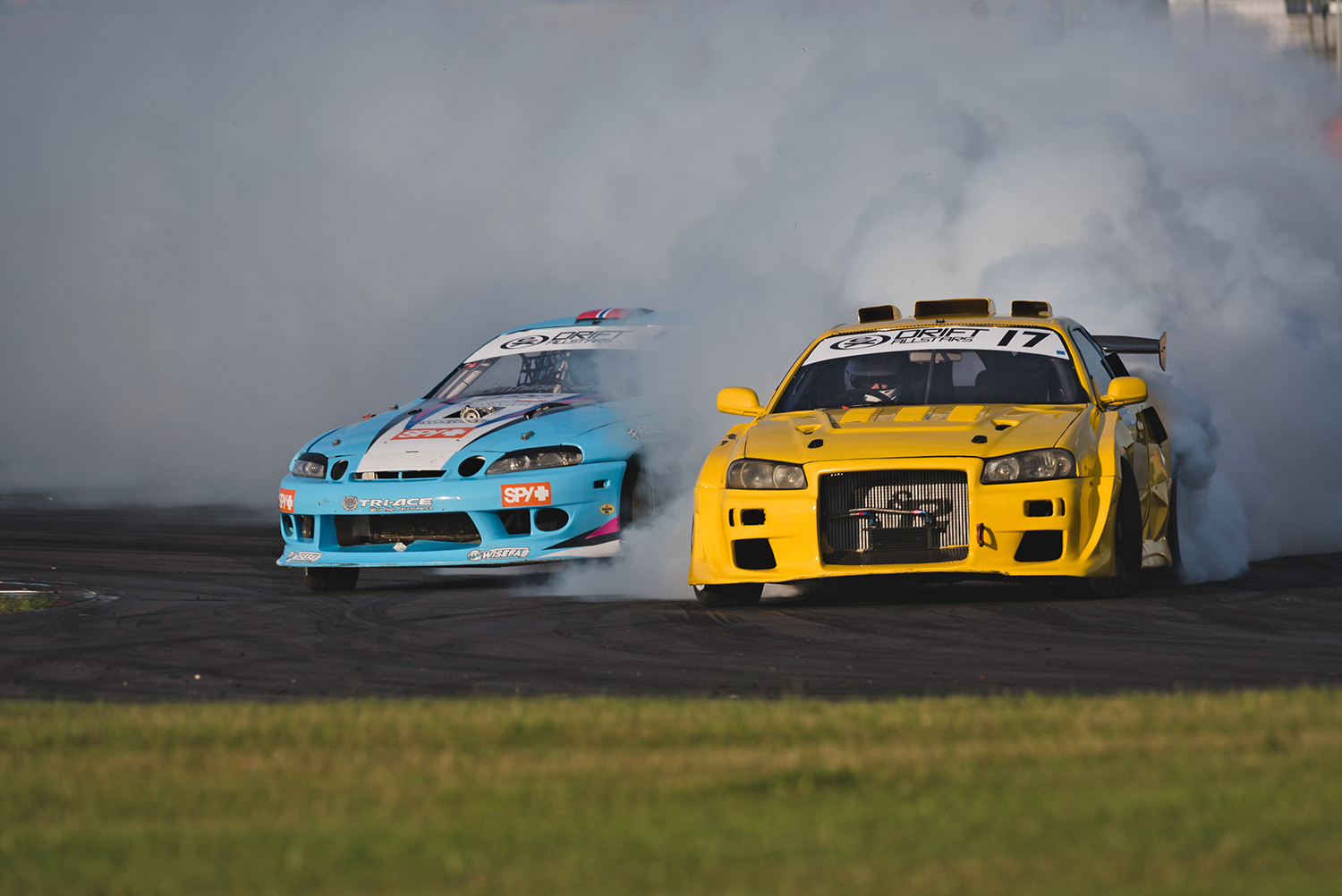 At 500mm, the focal compression gives the images a real sense of depth. What’s more, because I’m much further back from the track than I normally would be, I’m in a safer position – therefore I’m able to get the camera lower to the ground than if I was stuck behind armco right at the side of the circuit. This offers an interesting point of view – I love it when you can shoot from low enough to see daylight under the cars! 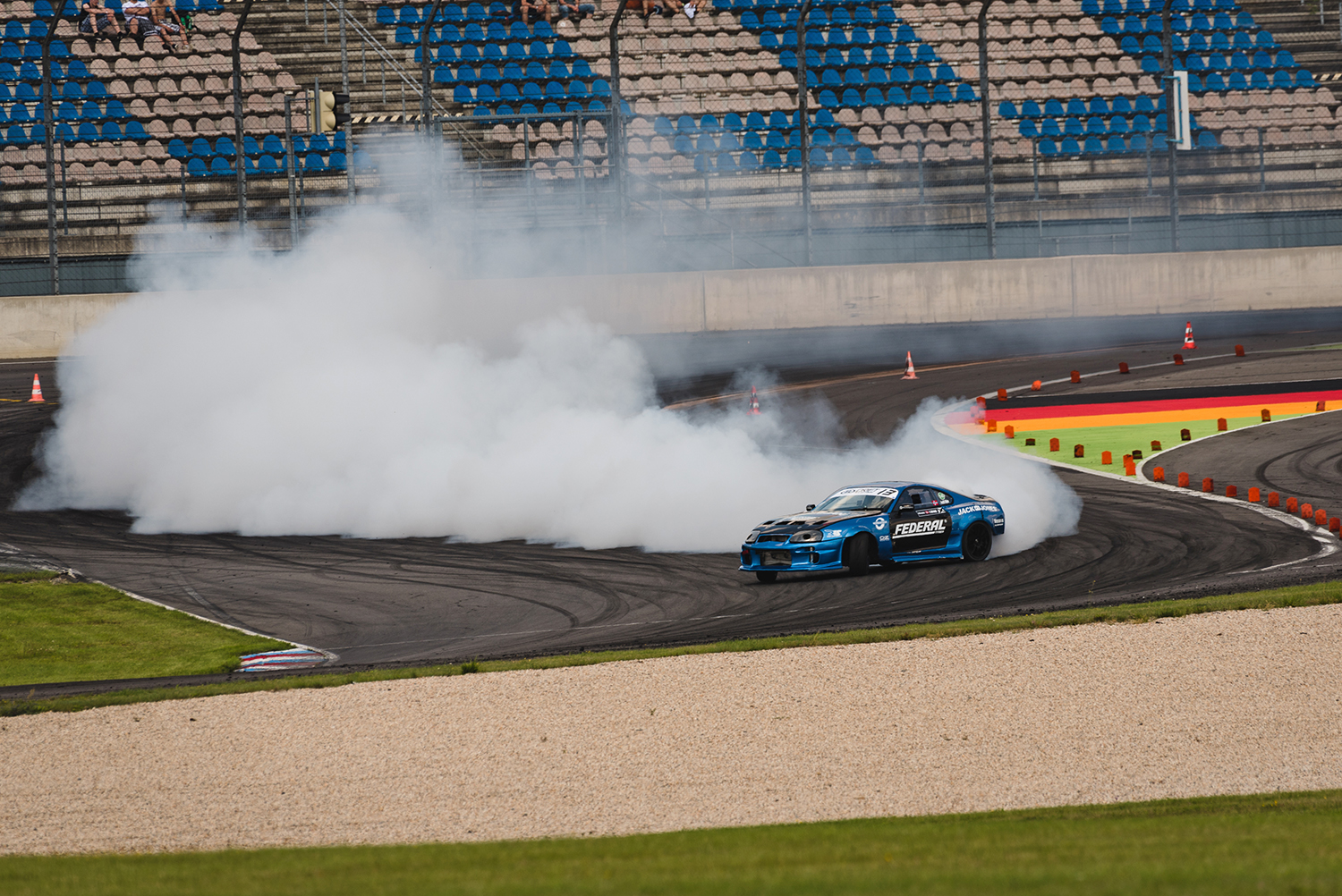 I also found myself exploring far-off vantage points that I wouldn’t have considered with my shorter optics, simply because I could! This includes a long trek up to the top of a main grandstand for a top down view of the cars as they slide around the first bend at high speed – awesome stuff!

Panning with the longer lens was trickier than with my 70-200, simply because of the larger form factor, but after some adjustment I got used to it, however for shooting the cars approaching head-on or at a slight angle it was the ideal solution. Although it offered from 200-500mm, I found myself mostly shooting at full reach – I love the subject separation and frame-filling nature of shooting at 500mm!

The drift competition came to a close just as the sun was setting on the Lausitzring, offering a brief but wonderful light that we so rarely see during motorsport events in the UK. Looking back through the results of the weekend, of some 2,700 frames shot over two days, over 1,200 were taken using the 200-500mm, so it was certainly worth hiring the lens for this occasion!

Jordan Butters is a freelance photographer and journalist, as well as contributing editor for Digital SLR Photography magazine. He specialises in automotive and motorsport photography.