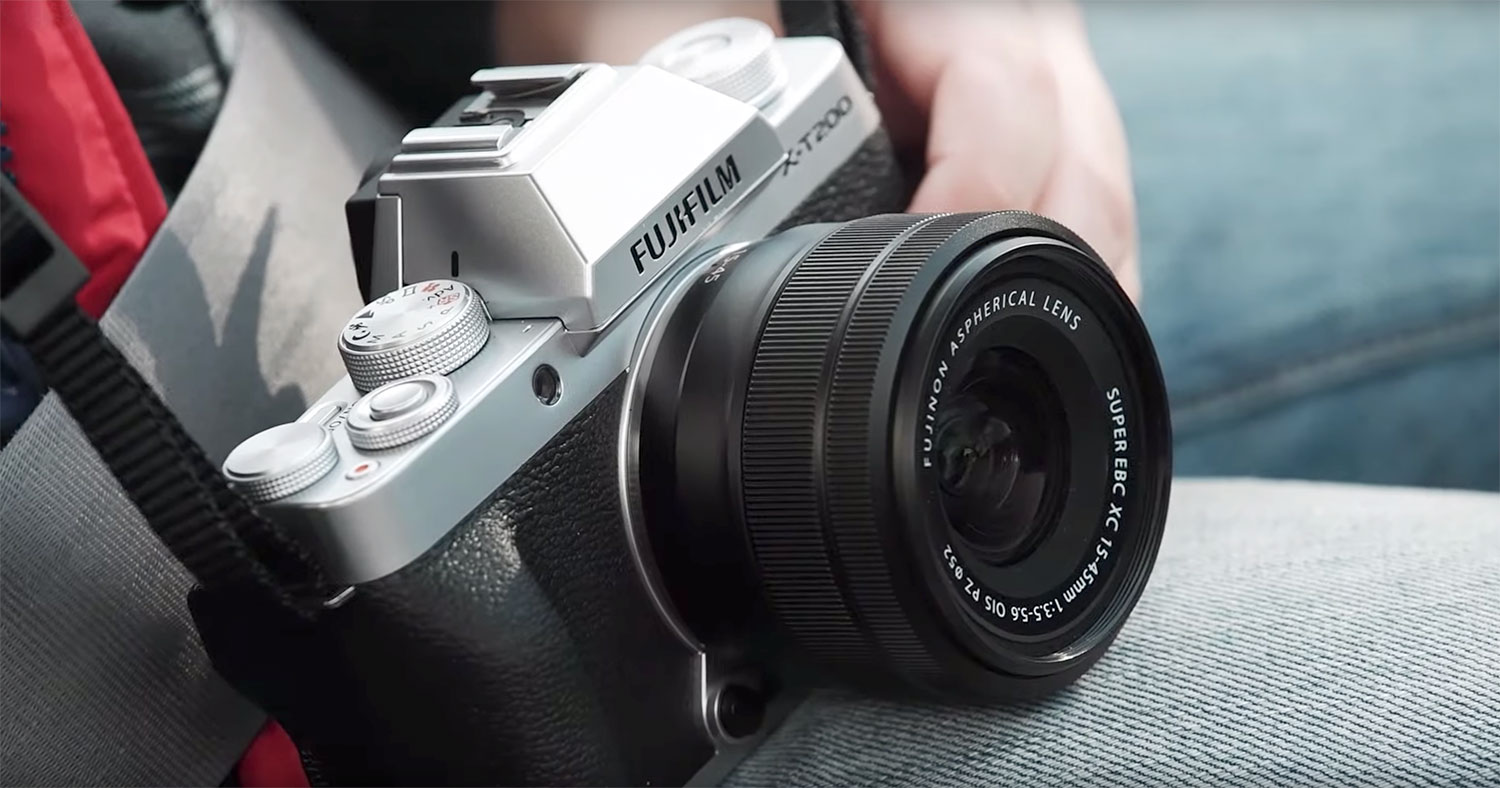 Tokyo, January 23, 2020 — FUJIFILM Corporation (President: Kenji Sukeno) has announced the addition of the “FUJIFILM X-T200” to the line-up of the X Series of compact and lightweight mirrorless digital cameras that deliver outstanding image quality with Fujifilm's proprietary colour reproduction technology.

The X-T200 is a mirrorless digital camera that inherits the “central viewfinder style” adopted by the popular X-T Series – such as the FUJIFILM X-T3 that boasts advanced mobility and excellent operability. The compact and lightweight camera body, weighing just 370g, is equipped with an APS-C sensor packing 24.24 million pixels and a high-performance image processing engine.

The camera's AF performance has been enhanced and has outstanding AF tracking of a moving subject and AF on faces / eyes, as well as giving the ability to attain focus quickly and accurately even in low light conditions.

On the rear panel of the camera body is a bright and large widescreen LCD monitor that provides intuitive touchscreen operations. It has a “vari-angle” structure that allows users to adjust the monitor to any angle. It can be used in conjunction with the Face / Eye AF for easy self-portraits, adding to the excellent operability.

The camera has extended the array of video functions so that users can record smooth 4K video at 30fps or HDR movie, providing expanded tonal range even in situations with significant contrast in light levels.

• The 370g compact and lightweight body, some 80g lighter than the FUJIFILM X-T100, contains a 24.24MP APS-C sensor and a high-performance image processing engine. The use of the unique colour reproduction technology, nurtured over 80 years, recreates “memory colours” or colours as one remembers in one's memory, such as naturally beautiful skin tones, vivid lush greens of early summer and deep blues of the sky on a bright sunny day. 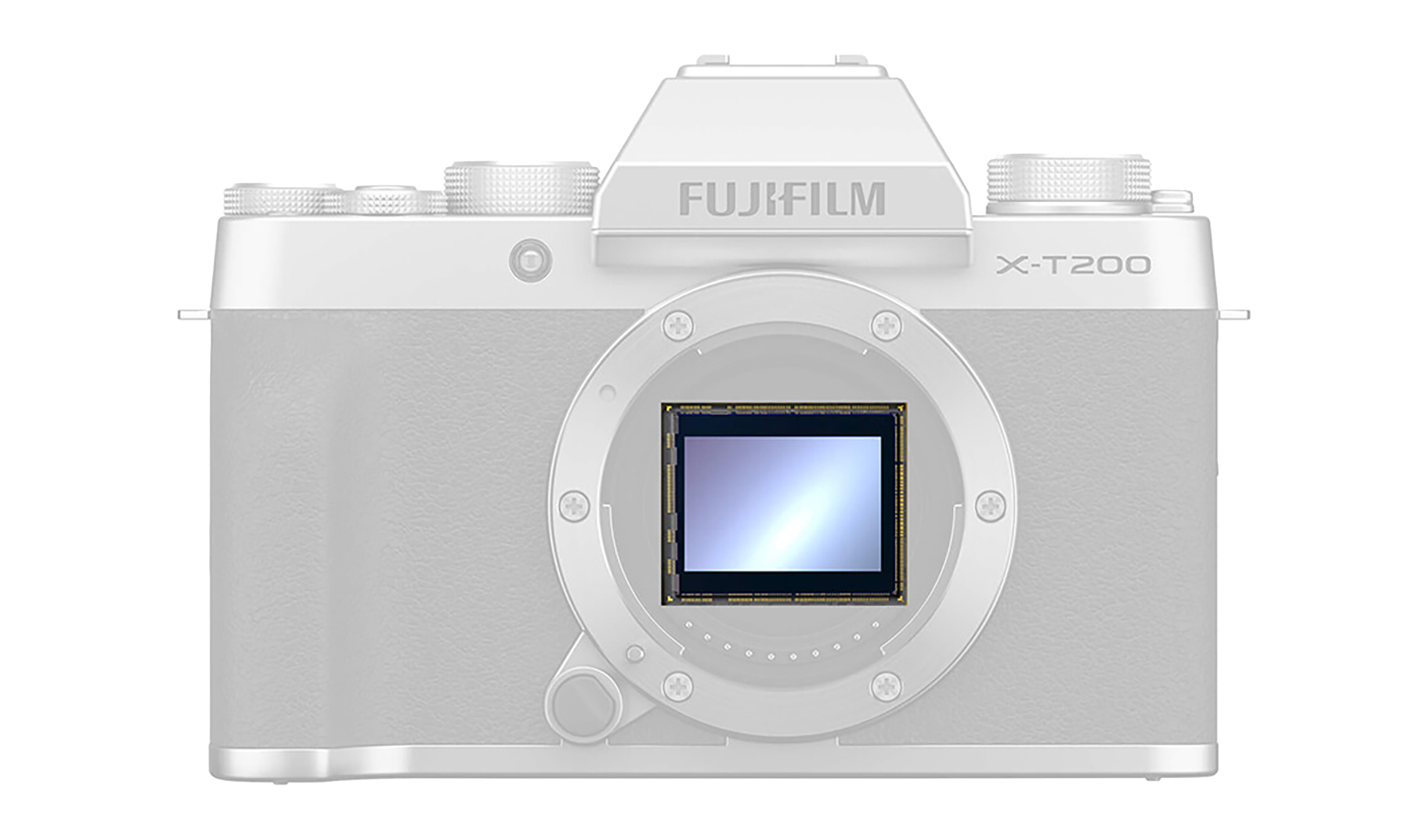 • The camera's AF performance has been enhanced by placing on-sensor phase detection pixels across the sensor and adopting a further evolved algorithm. This enables outstanding AF tracking of a moving subject and AF on faces / eyes, as well as giving the ability to attain focus quickly and accurately even in low light conditions. The camera also offers a variety of automatic functions including the Advanced SR Auto, which automatically selects the optimum shooting settings according to given scenes such as portrait, landscape and night scape, so that the users can take high-quality pictures with ease.

• The sensor uses copper wiring to make the speed of data readout 3.5 times faster than that of the FUJIFILM X-T100, thereby significantly reducing the rolling shutter effect.

• The camera boasts continuous shooting of 8fps. It is combined with the fast and accurate AF capability to capture a decisive photo moment.

• The X-T200 features a 3.5-inch widescreen LDC monitor with the aspect ratio of 16:9, offering the touch response performance equivalent to or greater than smartphones in general to enable intuitive operations. Shooting settings can be easily adjusted with touchscreen operations while users visually check exposure and the degree of bokeh on the screen. 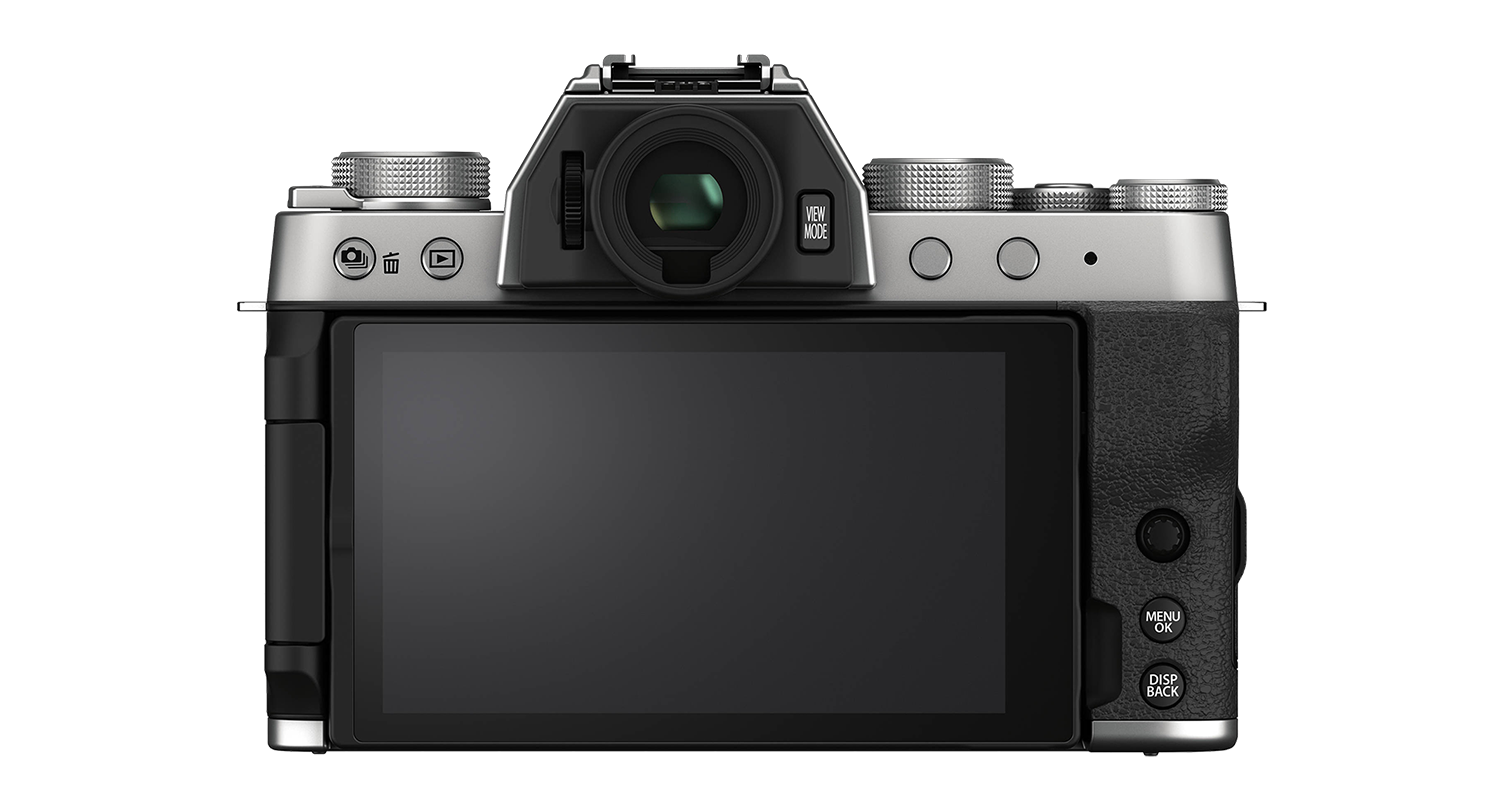 • The monitor has a high level of clear visibility thanks to its maximum luminous intensity of approximately 1,000 candelas, double the brightness of the previous model's monitor, displaying the subject clearly even on a bright sunny day outdoors.

• The a “vari-angle” structure of the monitor allows users to adjust the monitor to any angle, facilitating photo shooting from low and high angles. It can also be flipped for easy self portraits in conjunction with the Face / Eye AF.

• The use of the easy-to-hold grip design ensures that the camera sits comfortably in one's hand. It remains stable even when mounted with a large telephoto zoom lens.

• The X-T200 reads data from all the pixels on the sensor and uses the ample information equivalent to 6K to produce 4K video, resulting in low-noise and premium-quality footage.

• The camera records smooth 4K video at 30fps, or even smoother video at 60fps in the Full-HD and HD video modes.

• The camera's HDR movie mode controls highlight and shadow clipping even in situations with significant contrast in light levels for enriched tonality.

• Full-HD video can be recorded at the rate of 120fps, providing smooth video even in slow-motion replay of a fast moving subject.

• It will be the first Fujifilm digital camera to feature the Digital Gimbal Mode. It uses gyro sensors to accurately detect even the slightest of vibrations to control camera shakes during
video recording.

• The “Cut & Edit” function has been newly added to trim recorded video. This shortens the duration of video replay and reduces data size, making it easier to post video on social media or share it with family and friends.

The Fujifilm X-T200 is due in stock in March 2020 and will be available for hire, HERE.