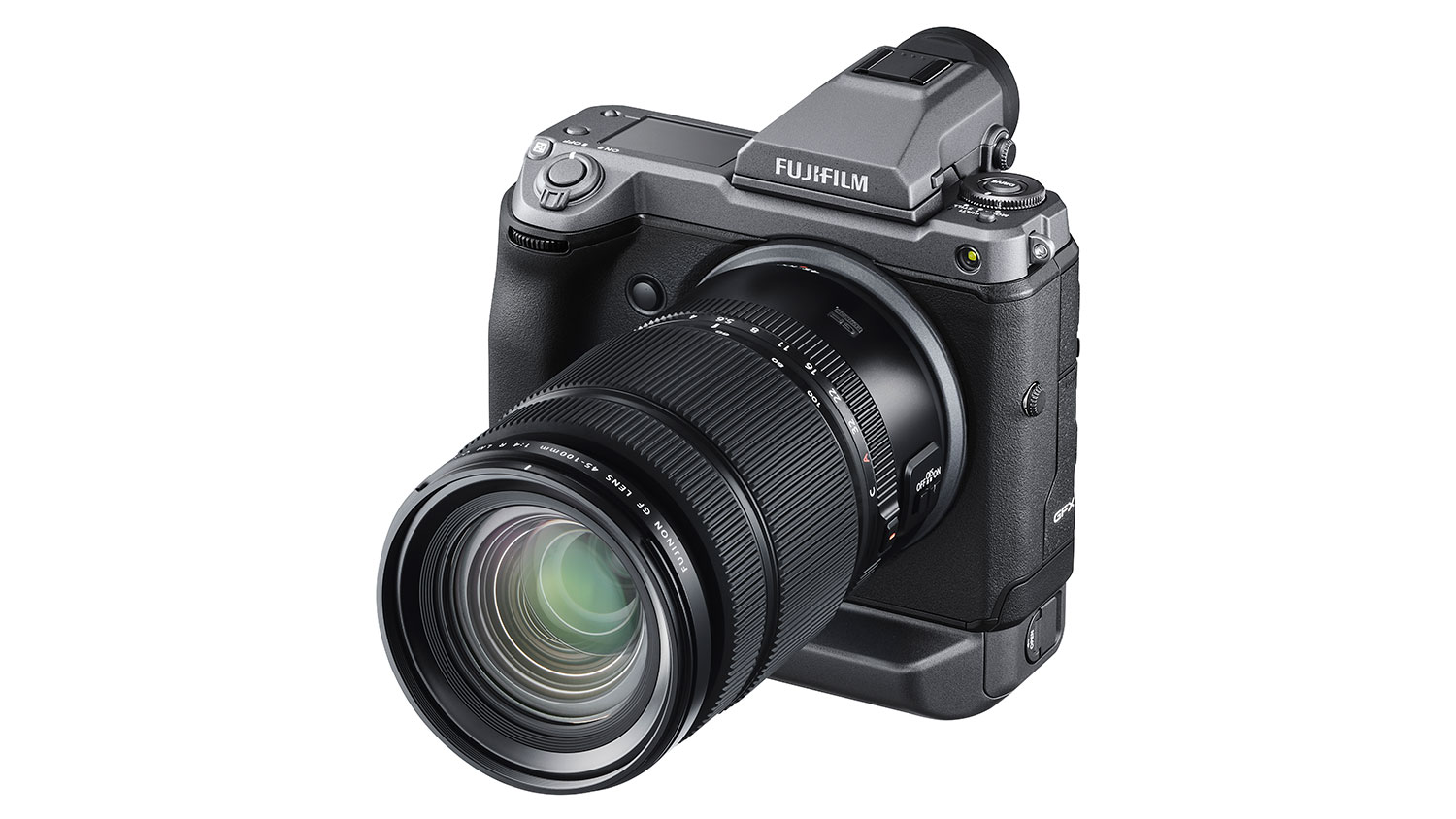 Tokyo, January 23, 2020 ― FUJIFILM Corporation (President: Kenji Sukeno) has announced the launch of the new zoom lens “FUJINON GF45-100mmF4 R LM OIS WR will take place in late February 2020. It will be the latest addition to the line-up of interchangeable GF lenses for use with the GFX Series of mirrorless digital cameras, incorporating the large format sensor – measuring 55mm diagonally (43.8mm x 32.9mm), with the area approx. 1.7 times that of a full-frame 35mm sensor.

The GF45-100mmF4 R LM OIS WR has the maximum aperture of F4 and covers most the frequently-used focal lengths from 45mm to 100mm (equivalent to 36-79mm in the 35mm film format). Equipped with a powerful image stabilisation mechanism and a weather-resistant structure, the lens caters to severe shooting conditions. The GF45-100mmF4 R LM OIS WR meets high expectations of professional photographers and photography enthusiasts in portraiture and various other shooting situations.

GF lenses are Fujifilm's highest-grade lenses that deliver superior image quality with ultra-high image resolution and wide tonal reproducibility. This is made possible by the use of Fujifilm's exceptional optical design and production technologies that process lens surfaces with the precision at a submicron level, fostered through the development of industry-leading FUJINON lenses, including cine lenses that have won the Engineering Emmy Awards. When mounted on the FUJIFILM GFX100, released in June last year, the lenses can bring out the full performance of GFX100's 102MP image sensor, achieving the world's highest level of photographic image quality by utilising the company's unique colour reproduction technology.

The new GF45-100mmF4 R LM OIS WR consists of 16 lens elements in 12 groups, including three aspherical elements, one Super ED element and one ED element. It controls various aberrations thoroughly to achieve astonishing images with sharpness comparable to prime lenses, and high contrast, delivering an impressive image resolving power across its zoom range. The use of a powerful five stop image stabilisation mechanism and a fast, silent and highly accurate AF driven via linear motor ensure that users can shoot hand-held with confidence. Furthermore, the lens is dust and weather resistant and capable of operating at temperatures as low as -10°C, facilitating photography in light rain or in dusty outdoor areas with peace of mind.

The new lens controls spherical aberration, field curvature and chromatic aberration thoroughly thanks to its structure, consisting of 16 lens elements in 12 groups including three aspherical elements, one Super ED element and one ED element.

It is a standard zoom lens that covers most frequently-used focal lengths from 45mm to 100mm (equivalent to 36-79mm in the 35mm film format). Despite being a 2.2x zoom compatible with the large format sensor, the lens demonstrates excellent portability with its compact design, weighing just 1,005g and measuring 144.5mm in length and Φ93mm in maximum diameter.

The lens features a powerful five-stop image stabilisation mechanism, compliant with the CIPA guidelines, bringing out the advanced image resolution of the GFX Series even when shooting hand-held.

Highly robust design that withstands use in various shooting conditions

The lens barrel is weather-sealed in 11 locations so that it is dust and weather resistant and can be used in temperatures as low as -10°C, facilitating photography in light rain or in dusty outdoor areas.

When the FUJINON Lens GF45-100mmF4 R LM OIS WR arrives it will be available to hire, HERE.