NOW IN STOCK: The Fujifilm X-T30 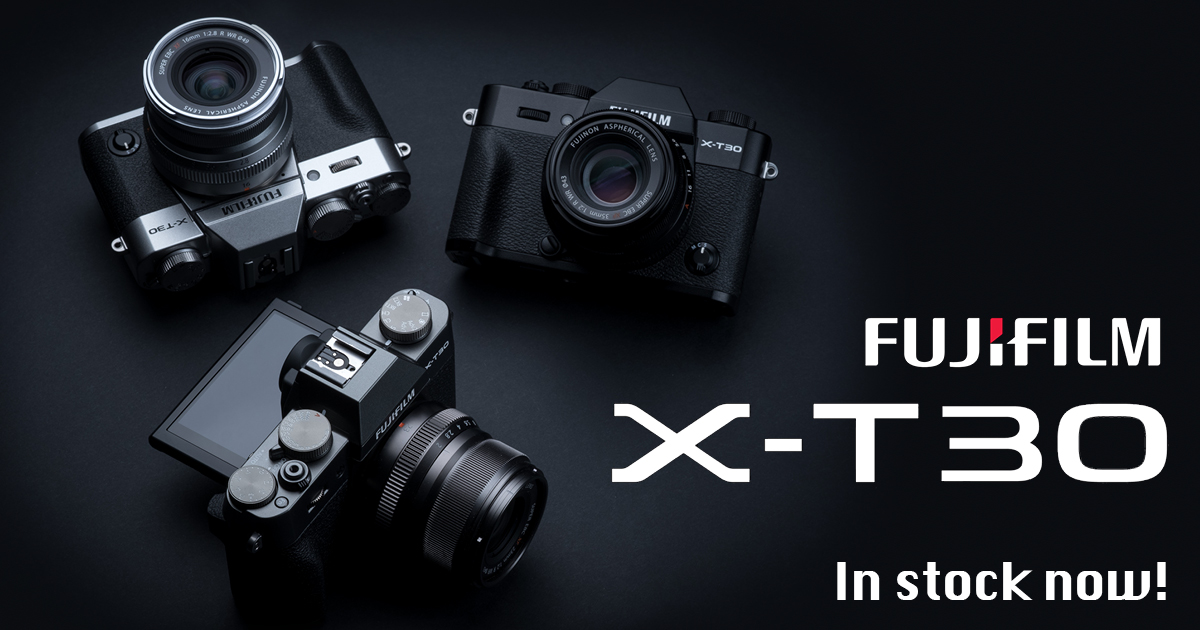 Following on with the tradition of the Fujifilm X-T10, released in June 2015, and the Fujifilm X-T20, released in February 2017, the new Fujifilm X-T30 offers the X Series’ signature dial-based manual operability and is equipped with the Auto Mode Selector lever that allows you to instantaneously switch to the fully-automatic shooting mode. This means the camera caters to a broad range of users from professional photographers to first-time beginners, delivering premium-quality pictures with ease. 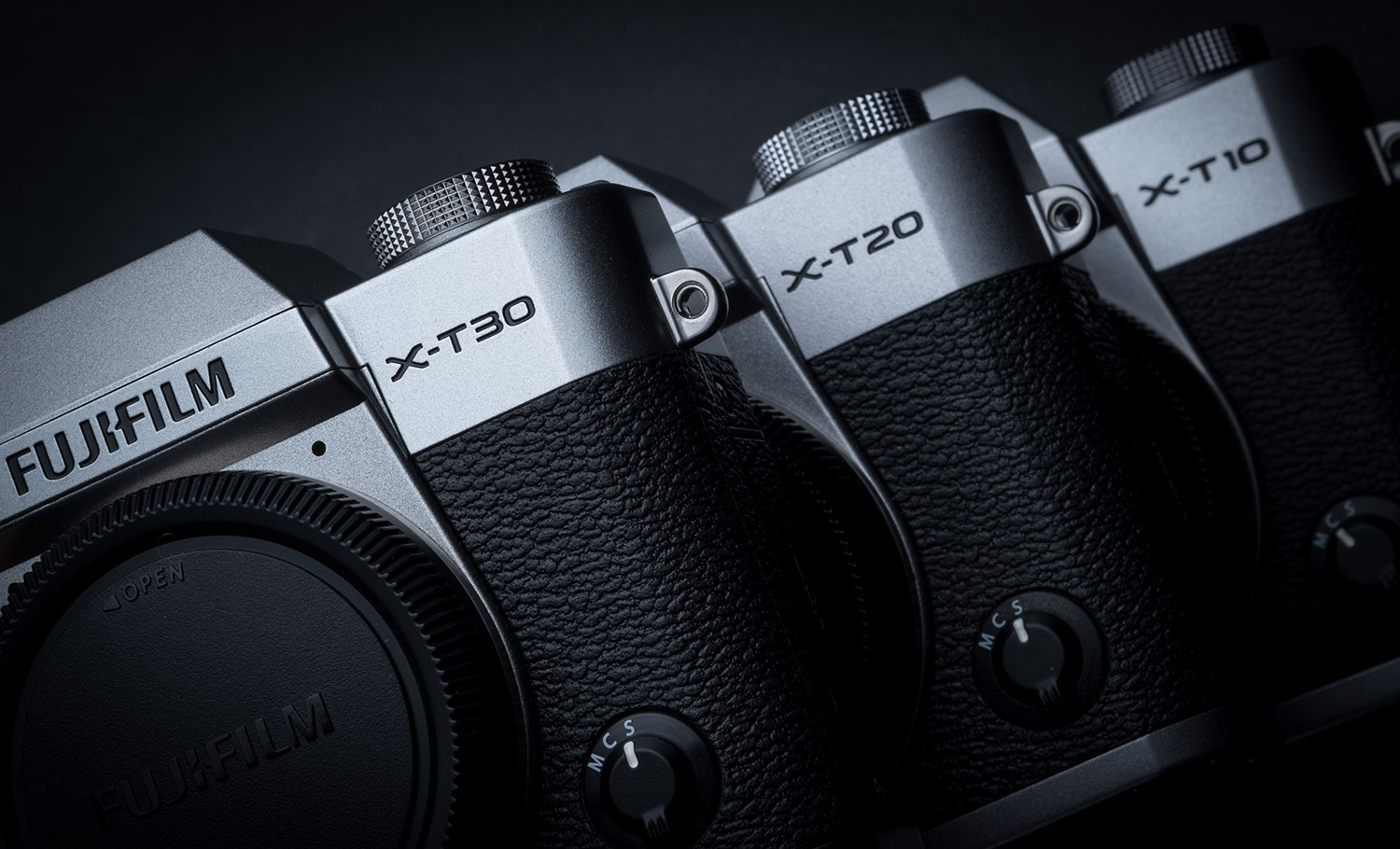 The compact and lightweight camera body that weighs just 383g offers outstanding basic performance, thanks to the use of the latest image sensor, including 26.1 megapixel resolution and fast high-performance AF, made possible with phase detection pixels placed across the entire frame (100%). Other advanced features include the Focus Lever for shifting a focus point easily, intuitive operability of the touch-screen panel with dramatically improved response, and body design that promises holding stability even when the camera is mounted with a large lens. 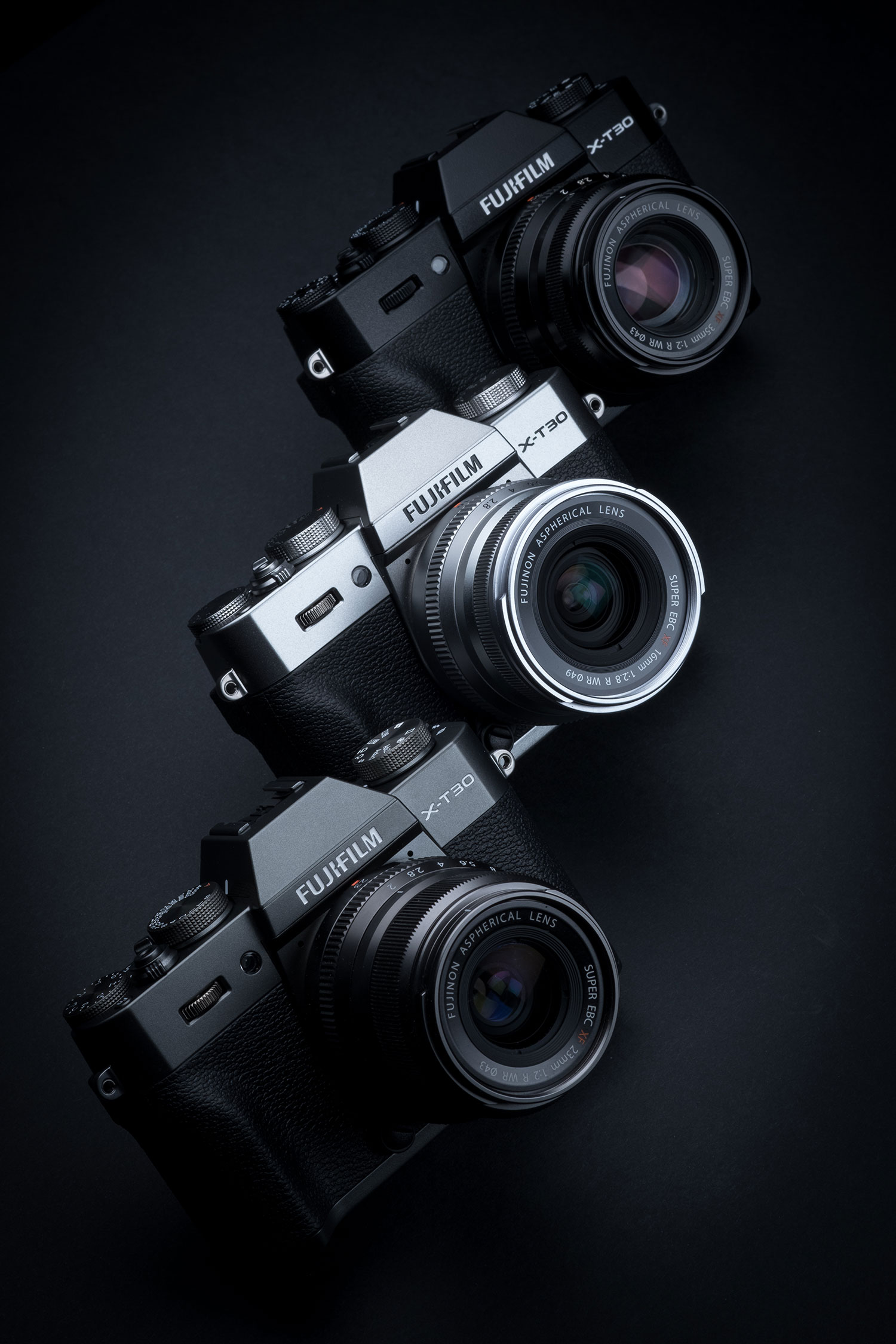 The AF algorithm has been further improved from that used in the Fujifilm X-T3, released in 2018, so that this 4th generation model in the X Series can deliver even more advanced AF-tracking performance, as seen in enhanced accuracy in face / eye detection and the introduction of the Face Select function, to provide priority auto-focus on a selected subject.

The evolution of AF performance is evident not only with still photos but also during video filming. Improved exposure stability during face / eye AF and face recognition in the AF-C (continuous AF) mode adds to ease of use. Video performance itself has been improved to offer versatile applications, offering high-resolution audio recording and smooth 4K/30P video recording in Film Simulation modes, based on Fujifilm’s colour reproduction technology.

The Fujifilm X-T30 is now available for hire, HERE.