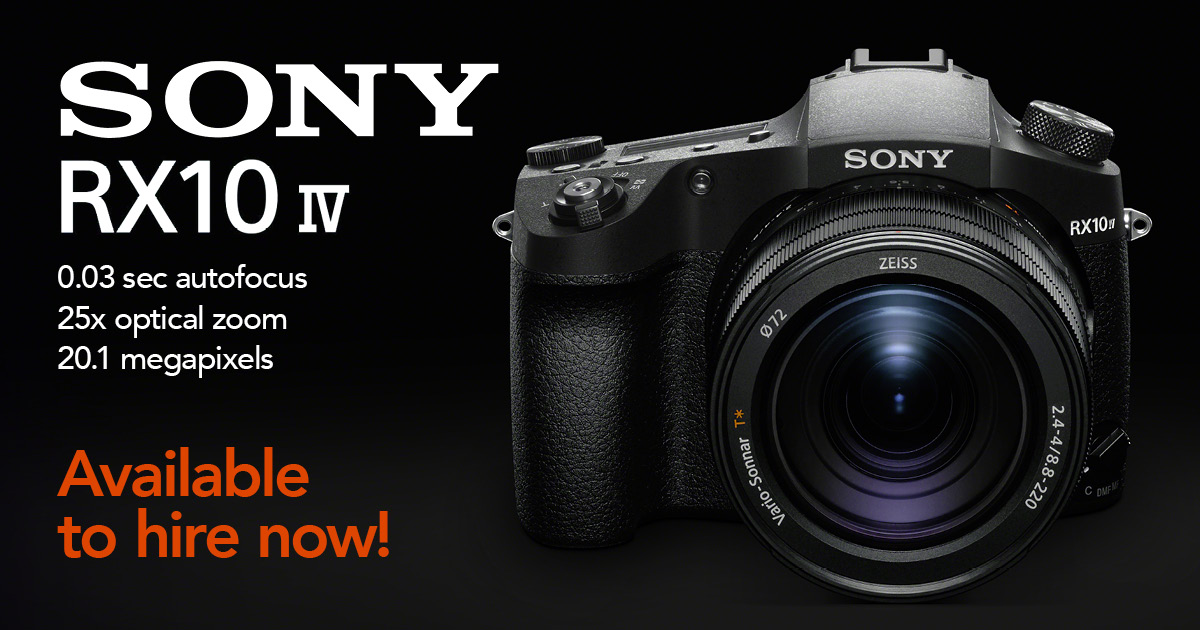 Featuring AF acquisition time of 0.03 seconds and up to 24 fps continuous shooting with full AF/AE tracking, 315 phase-detection AF points that rival those of the fastest professional interchangeable lens cameras and an exceptionally versatile 24-600mm F2.4-F4 ZEISS® Vario-Sonnar T* lens, the new RX10 IV model delivers an unmatched combination of mobility and speed for imaging enthusiasts and professionals looking for the ultimate ‘all-in-one’ solution.

The impressive RX10 IV camera is equipped with a 1.0-type 20.1 MP Exmor RS CMOS stacked image sensor with DRAM chip along with a powerful BIONZ X™ image processor and front-end LSI. These key components all work together to maximise overall speed of operation and performance, ultimately ensuring the highest possible image and video quality throughout the entire range of the 24-600mm equivalent lens.

A first for Sony’s RX10 series of cameras, the new RX10 IV model features Fast Hybrid AF, that combines the respective advantages of 315 phase-detection AF points covering approximately 65% of the sensor and contrast-detection AF to enable the camera to lock focus in as little as 0.03 seconds. This high speed focusing complements the extensive 24-600mm range of the lens, ensuring all subjects can be captured with precise detail and clarity.

Additionally, for the first time in a Cyber-shot camera, the RX10 IV model employs High-density Tracking AF technology. This advanced technology, which had only been previously available in a select few of Sony’s acclaimed line of α interchangeable lens cameras, concentrates AF points around a subject to improve tracking and focus accuracy, allowing even the most unpredictable subjects – such as fast-moving athletes and birds in flight to be captured with ease. 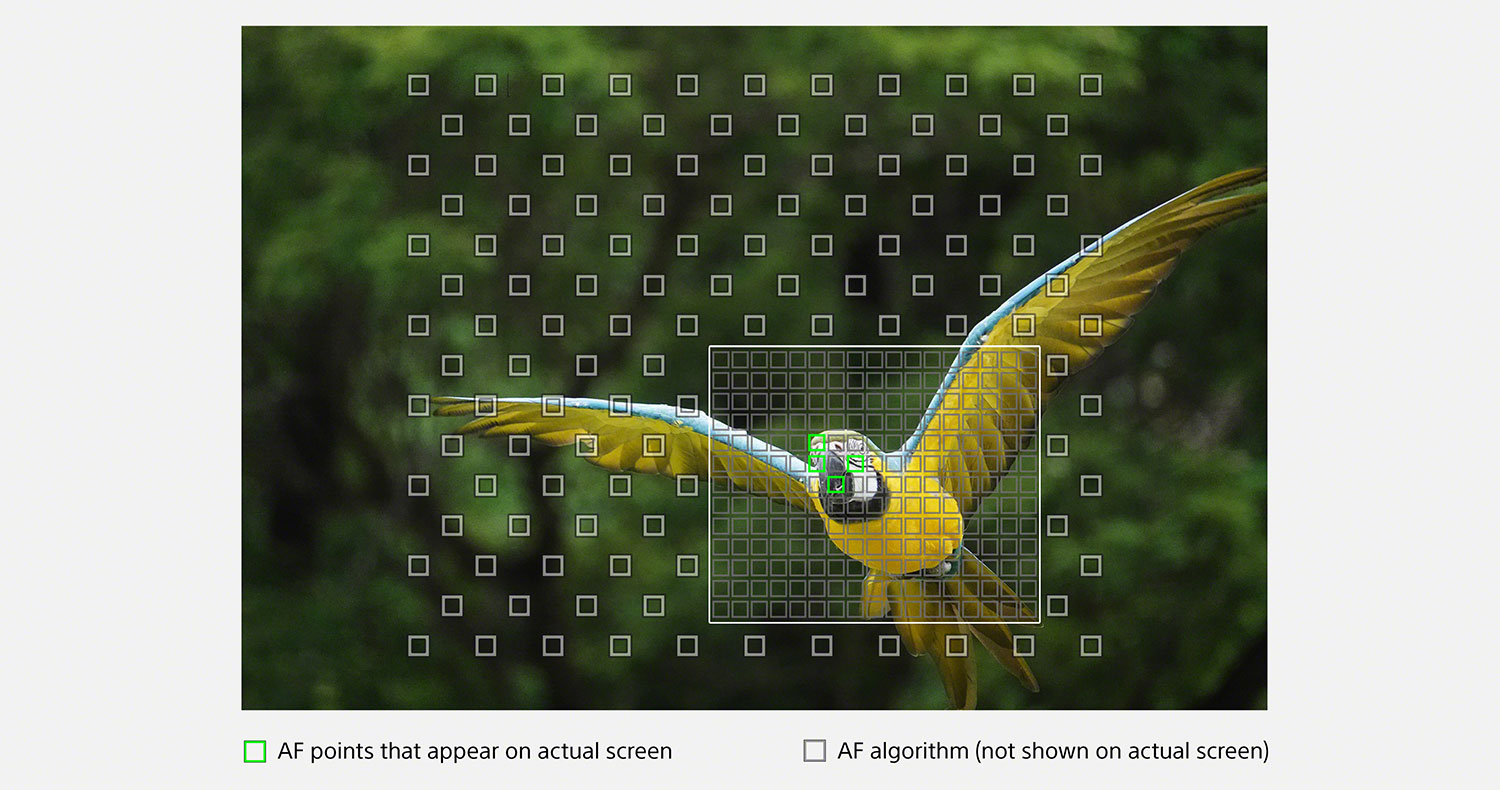 Other AF improvements in the new RX10 IV camera include an enhanced version of the popular Eye AF, Touch Focus and Focus Range Limiter. AF-ON setting is also assignable, as well as multiple AF modes including AF-S, AF-C and AF-A, which can be easily adjusted based on user preferences and shooting situations.

An ideal complement to the AF system, the RX10 IV offers continuous high-speed shooting at up to 24 fps with full AF/AE tracking – with an impressive buffer limit of up to 249 images. With significant improvements to processing power, Sony has greatly reduced EVF display lag during continuous shooting, allowing shooters to capture the decisive moment with ultimate confidence. Also, continuously shot images can be displayed in groups instead of individual shots, for convenience during image playback.

The RX10 IV also has a high-speed Anti-Distortion Shutter (maximum shutter speed of up to 1/32000 second) that reduces the “rolling shutter” effect commonly experienced with fast moving subjects, and can shoot completely silently in all modes, including continuous high speed shooting, when electronic shutter is engaged. A mechanical shutter mode is also available.

The 24-600mmiv ZEISS® Vario-Sonnar T* lens on the Cyber-shot RX10 IV camera features a large maximum aperture of F2.4-F4.0, helping it achieve outstanding image quality throughout the entire zoom range, all the way up to ultra-telephoto. It includes a super ED (extra-low dispersion) glass element and ED aspherical lenses to minimise chromatic aberration, and ZEISS® T* Coating to minimise flare and ghosting.

The lens also has built-in Optical SteadyShot™ image stabilisation that helps to reduce camera shake and image blur. When the feature is activated, it is equivalent to an approximate 4.5 steps shutter speed improvement.

Plus, with a minimum focusing distance of 72 cm (2.36 ft) and 0.49x maximum magnification at a fully extended 600mm, the lens is capable of producing amazingly detailed tele-macro images.

In 4K mode, the new RX10 IV utilises full pixel readout without pixel binning, capturing approximately 1.7x more information than is required for 4K movie output to ensure that every detail is captured accurately. The camera utilises the XAVC S™ codec, recording video at a high data rate of up to 100 Mbps depending on shooting mode. Shoot at either 24p or 30p in 4K mode (100 Mbps), or in frame rates of up to 120p in Full HD mode.

The new camera also has a variety of other professional calibre video features including Picture Profile, S-Log3/S-Gamut3, Gamma Display Assist, Proxy recording, Time Code / User Bit and more, as well as input for an external microphone and output for headphone monitoring.

Super slow-motion video recording is also available, with an extended duration of about 4 seconds (in quality priority mode) and 7 seconds (in shoot time priority). This unique feature gives users the ability to choose from 1000fps, 500fps and 250fps frame rates and among 50p, 25p and 24p playback format. 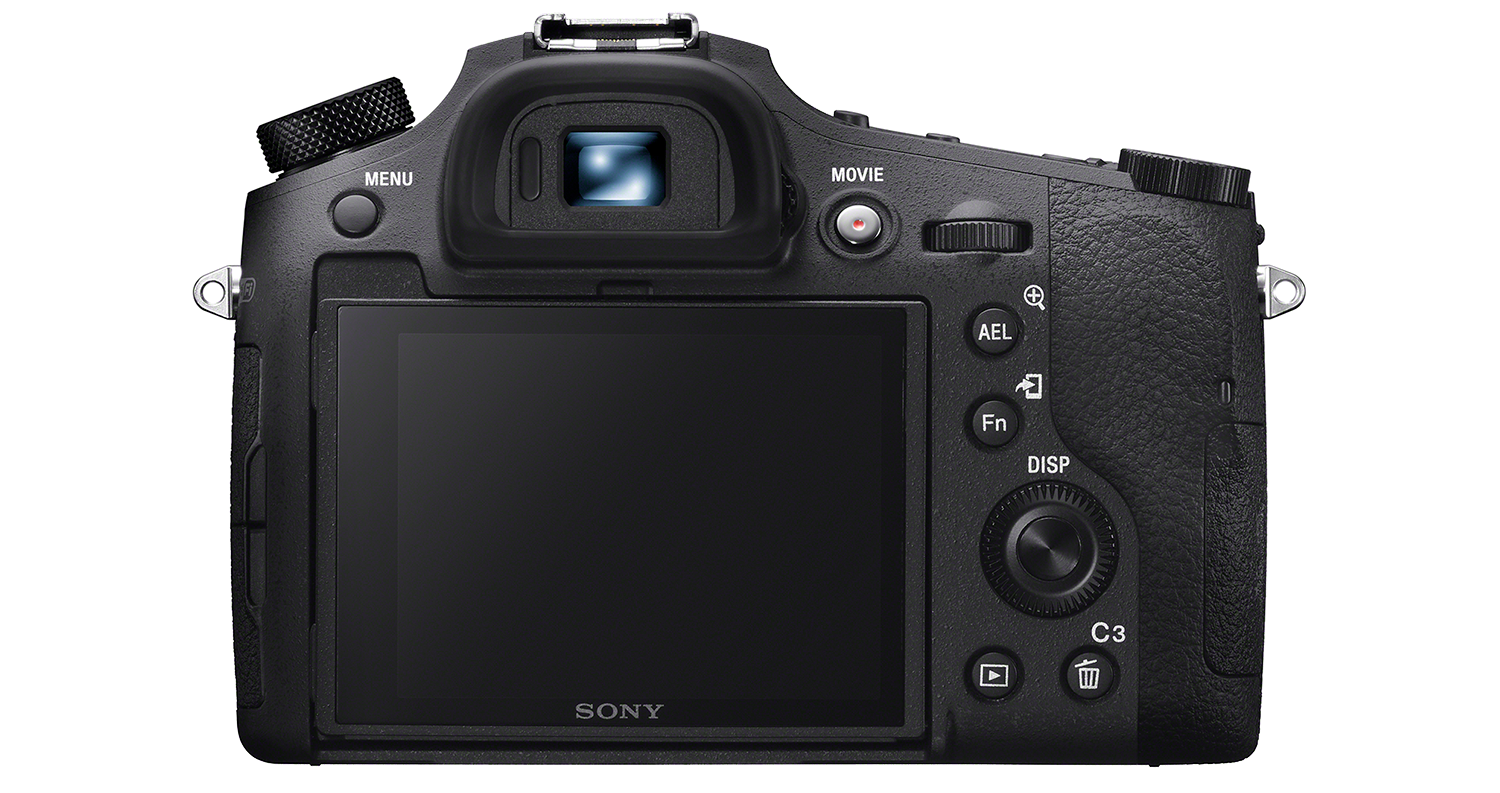 Triple lens rings for aperture, zoom and focus are also available, with a completely quiet, smooth option for the aperture ring that is ideal for video shooters.

To enhance customisation, “My Menu” functionality has been added, allowing up to 30 frequently used menu items to be custom registered. Menus are colour coded for easier recognition and navigation, and a new Movie Settings menu has been introduced to improve the overall video shooting experience. The RX10 IV is also dust and moisture resistant, and Wi-Fi®, NFC™ and Bluetooth® compatible.

The Sony Cybershot RX10 IV is the perfect camera for wildlife and sporting events and is available for hire, HERE.