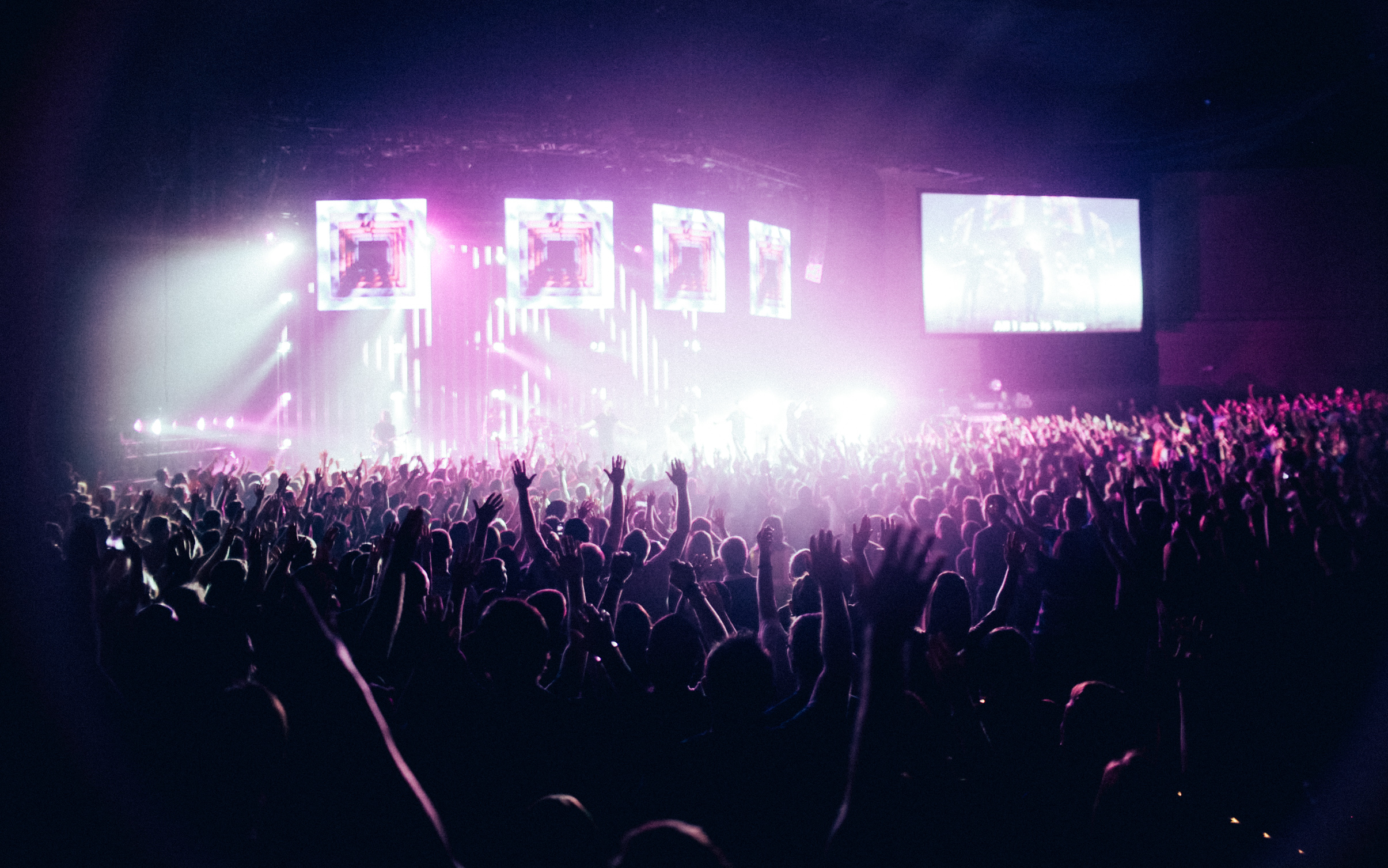 The MCX-500 switcher is designed to allow a single operator to live broadcast, web stream and/or record small to medium events in applications such as corporate, wedding, music concerts, sports, educational facilities and houses of worship. Flexible workflows for all these events include live streaming using Ustream®, YouTube Live or Facebook Live, internal recording onto SD Card and remote control from an external PC and Tablet.

Perfect for a single camera operator, this innovative, affordable new switcher is easy to learn, simple to operate and yet fully furnished with all the functions and input/outputs required by small to medium live productions. Advanced functionality is also supported with the new RM-30BP Remote Commander, HXR-NX5R and other Sony camcorders and remote cameras.

What are the key features of the MCX-500?

• Create and control affordable multi-camera productions
• Work in Full HD
• Record direct to standard SD Card in the switcher
• Stream content live
• Control the switcher with easy intuitive hardware and software controls
• Control the switcher from a PC via Ethernet
• Control the switcher wirelessly via PC or Tablet using Wi-Fi
• Use professional transitions and mixing functions for broadcast quality visuals
• Monitor productions on a single monitor with multi-view feature
• Mix up to 5-channels of stereo audio
• Control up to nine sources, including 4x 3G-SDI, 2x HDMI and 2x composite, plus 1x RGB (DSK) for a PC connection to act as a source for titles

Which camcorders are compatible with MCX-500?

Working with the lightweight RM-30BP Remote Commander, the MCX-500 can control up to three Sony camcorders simultaneously. When working with Sony’s latest compact camcorders such as the HXR-NX5R, the RM-30BP gives you control of most of the camcorder’s functions at a distance of up to 100 m. The MCX-500 and RM-30BP also allow for synchronised timecode recordings and a tally light system so you never miss a shot.

Which camcorders support tally function with the MCX-500?

Tally signals can be sent to the connected camcorders so you always know which camcorder is live on-air. A tally indicator will automatically appear on each camcorder’s LCD panel and Electronic View Finder – a red icon indicates when the shot is live (PGM) while green indicates preview mode (PVW). Supported cameras include:

*Additional cameras will be added via firmware updates in future. 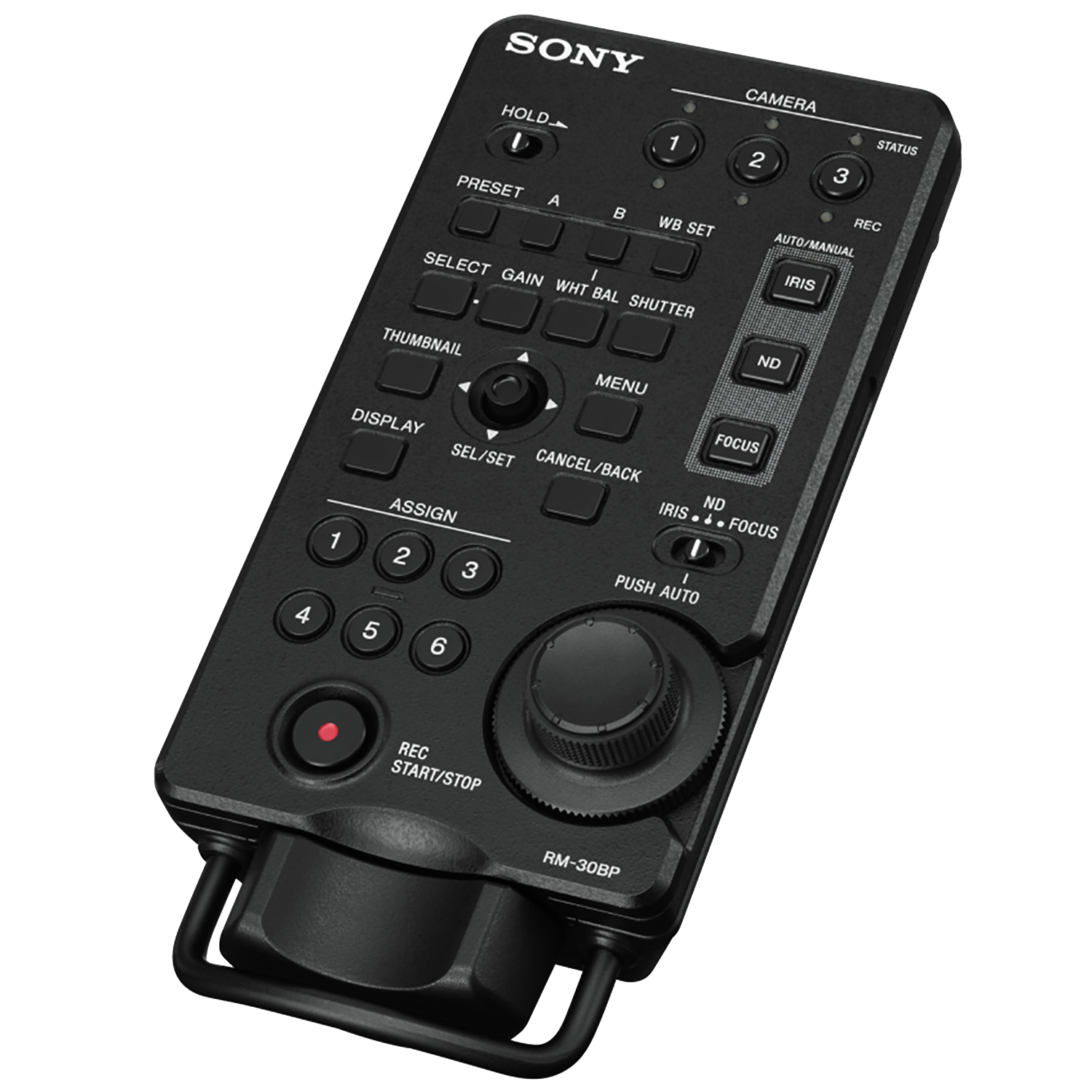 Which camcorders are currently compatible with RM-30BP Remote Commander?

The RM-30BP extends the capabilities of working with MCX-500, particularly in single-person operation, allowing you to control basic functions - such as record and zoom - of a wide range of compatible camcorders. In addition, the RM-30BP offers advanced integration – offering access to almost all of a camcorder’s functions and menus – with the below models:

*Additional cameras will be added via firmware updates in future.

How does the MCX-500 control a multi-camera shoot?

Working with the lightweight RM-30BP Remote Commander, the MCX-500 can control up to three Sony camcorders cameras simultaneously. When working with Sony’s latest compact camcorders such as the HXR-NX5R, the RM-30BP gives you control of most of the camcorder’s functions at a distance of up to 100m. The MCX-500 and RM-30BP also allow for synchronised timecode recordings and a tally light system so you never miss a shot.

How do you operate the MCX-500 switcher?

The MCX-500 offers the best of both worlds for its user interface. The most commonly used functions are accessed via hardware controls that are laid out so you’ll naturally be able to locate them without looking down. More advanced features can be tuned to your exact workflow requirements and mapped to an LCD touch-screen control with customisable ICONs. It is also possible to control all the functions of the switcher through an identical GUI control panel on a connected PC, as well as configure the ICON buttons to suit your ways of working.

Does the MCX-500 support both Mac and PC over Ethernet?

Yes. The control output from the switcher over an Ethernet cable can be read by both PC and Mac.

How do the ICON buttons work?

You can easily control your multi-camera shoot using the innovative ICON buttons on the LCD touch-screen control panel. Inputs and outputs can be quickly assigned and you have full control of your multi-screen display. Each ICON button is simple to setup and layout on the LCD as you require, using PC-based software.

Can you record internally with MCX-500?

Yes. It is possible to record a simple live mix from up to three camcorders directly using the MCX-500’s internal SD memory card slot with no need for an external recorder. To speed up the edit even when you plan to take your production to the edit suite, the switcher also allows you to record low-resolution proxy files of the camcorders’ recordings on the SD card in the switcher. These can then be used to start to build a timecode-synced rough-cut edit on location, saving you time when you get to the edit suite.

Can you live stream with the MCX-500?

Yes. The MCX-500 is ideal for live streaming events and other productions. The switcher allows you to live mix the output of up to three camcorders with direct streaming in real time using Ustream®, YouTube Live or Facebook Live. It is possible to share scenes as they happen with high quality picture and professional mixed sound, with no need for an external PC to slow the process down.

What effects are possible with the MCX-500?

The MCX-500 allows you easily to create advanced video effects such as chroma key, transitions and PinP (Picture in Picture). The switcher uses the same high quality chroma key algorithm as Sony’s top-end MVS Series broadcast switchers, so you can be sure of pin-sharp, truly professional results. You also have a wide range of transitions including Cut, Mix and Wipe, allowing you to select the pattern, timing and more of each transition. The switcher lets you set-up your transitions beforehand or do it manually on the fly. You can also add effects up-stream or down-stream (before or after) the transition.

Can you do titling with the MCX-500 switcher?

Yes. A dedicated PC input allows you instant access to titles stored on an external PC to overlay onto your video, freeing up your other eight inputs for camera, monitors, etc. To add live titles to your production, use the down-stream key (DSK) function. This will automatically erase the white background and overlay the title for you. With version 2.0 firmware, a logo function is added, whereby a logo data can be uploaded from an SD card and using the logo function you can overlay the graphic on the screen.

Can you mix audio with the MCX-500 switcher?

Yes. You can perform a sophisticated multi-channel stereo audio mix in the MCX-500 with no need for an external audio mixer. With a stereo XLR (left/right) interface for external sources, the audio mixer function allows you to mix XLR inputs and 4 channels of embedded audio. You can control all five stereo channels individually, including intuitive audio level control on the LCD touch-screen control panel, mixing channels and also linking the audio to the video. Pre-Fader Listen (PFL) allows you to monitor each audio source before executing the mix.

What video formats are supported by MCX-500 switcher?

You can see Sony's promotional video below:

Click HERE to view the MCX-500, including tutorial videos and HERE for the RM-30BP.