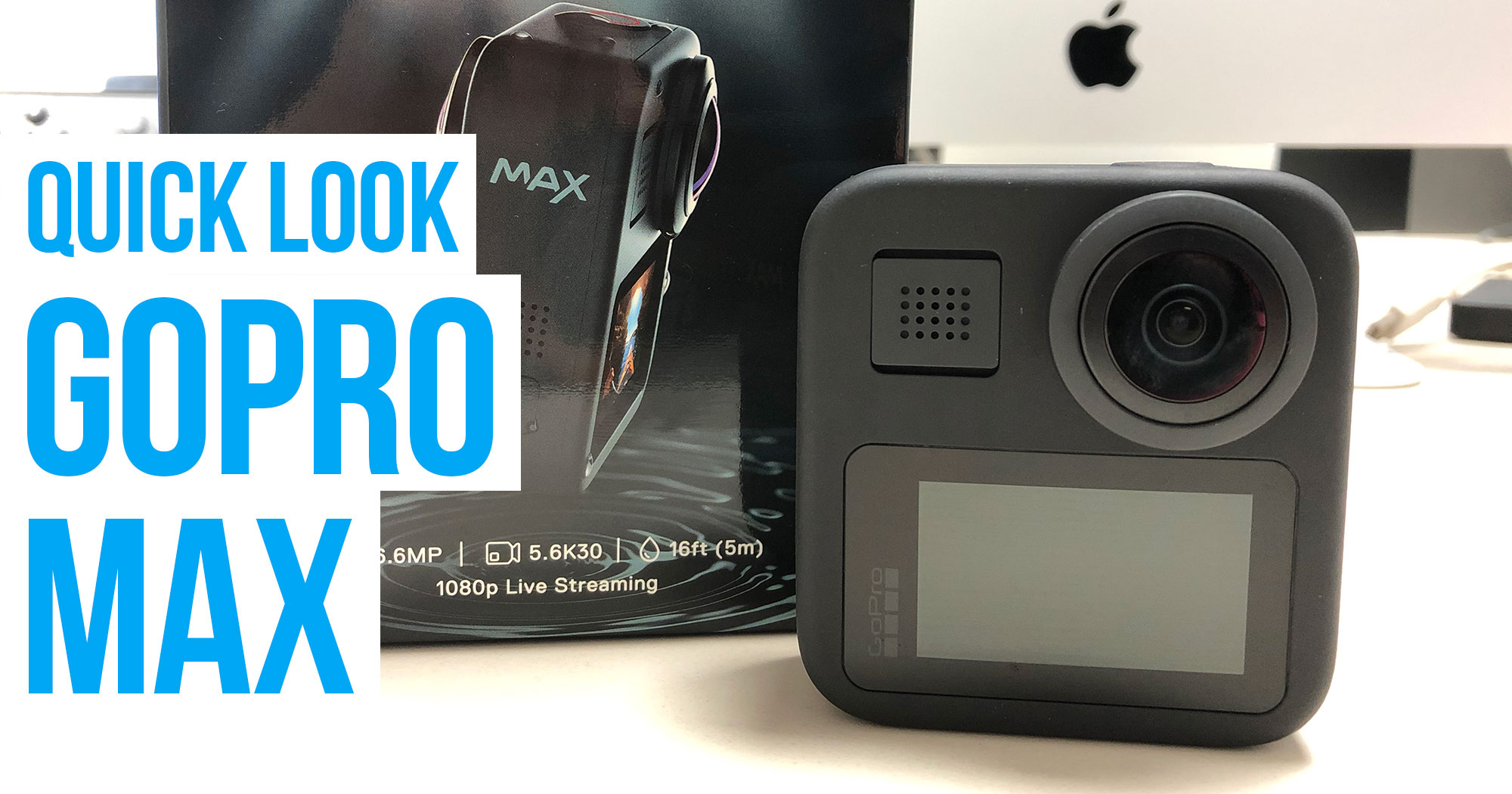 The GoPro MAX has arrived to take the place of the GoPro Fusion in the company’s line-up, offering 360 degree shooting as well as the ability to use that huge field of view to pull of some neat tricks when shooting non-360 footage. All of this comes packaged in a new body, bringing improvements in a similar vain to that seen in the recent HERO8 Black camera.

Looking around the body, you will see that a nice bright touchscreen has replaced the small monochrome display we saw on the Fusion. This means that not only is navigating the menu system much easier now, but also that you can use the MAX for selfie shooting. The mounting points are now of the same flip-out design as on the HERO8 Black, and there are no less than six microphones dotted around the body of the camera, to capture what GoPro refers to as ‘Spherical Audio’.

Unchanged from the Fusion, waterproofing is effective down to 5m. The main Achilles heel of the Fusion however was the delicate nature of its lenses, and unfortunately the MAX does not use the same glass that we have seen on the new HERO8 Black – which GoPro heralded as their toughest yet. You can choose to use the optional lens protectors, however they can have a slight detrimental effect on video quality so you may decide to ditch them, in which case be aware that you will need to exercise some caution when you are out and about with the MAX.

I get the feeling that GoPro have chosen to pitch the MAX not just as a 360 camera but a more adaptable version of a standard action camera. The 360 mode does offer a good stitched resolution of 5.6K, and the GoPro app allows you to pull off some quite dynamic movements such as pan, tilt and zoom within your huge field of view using key frames. In addition to 360, we now have ‘HERO mode’ too, which essentially shoots like a normal GoPro but uses the larger field of view to enable some new features. MAX HyperSmooth stabilises footage so well that it definitely appears gimbal level in many circumstances and MAX timewarp shoots hyperlapses with the added ability of panning, tilting and zooming throughout the duration of your hyperlapse. In addition to these features, you get amazing horizon correction on standard and panoramic images, and ‘digital lenses’ giving you a choice of different fields of view.

You can see then that the GoPro MAX looks to be aimed at flexibility, and we would say it is definitely worth trying one out for yourself to see if it unlocks a new creative perspective you hadn’t discovered before. You can hire it, HERE.