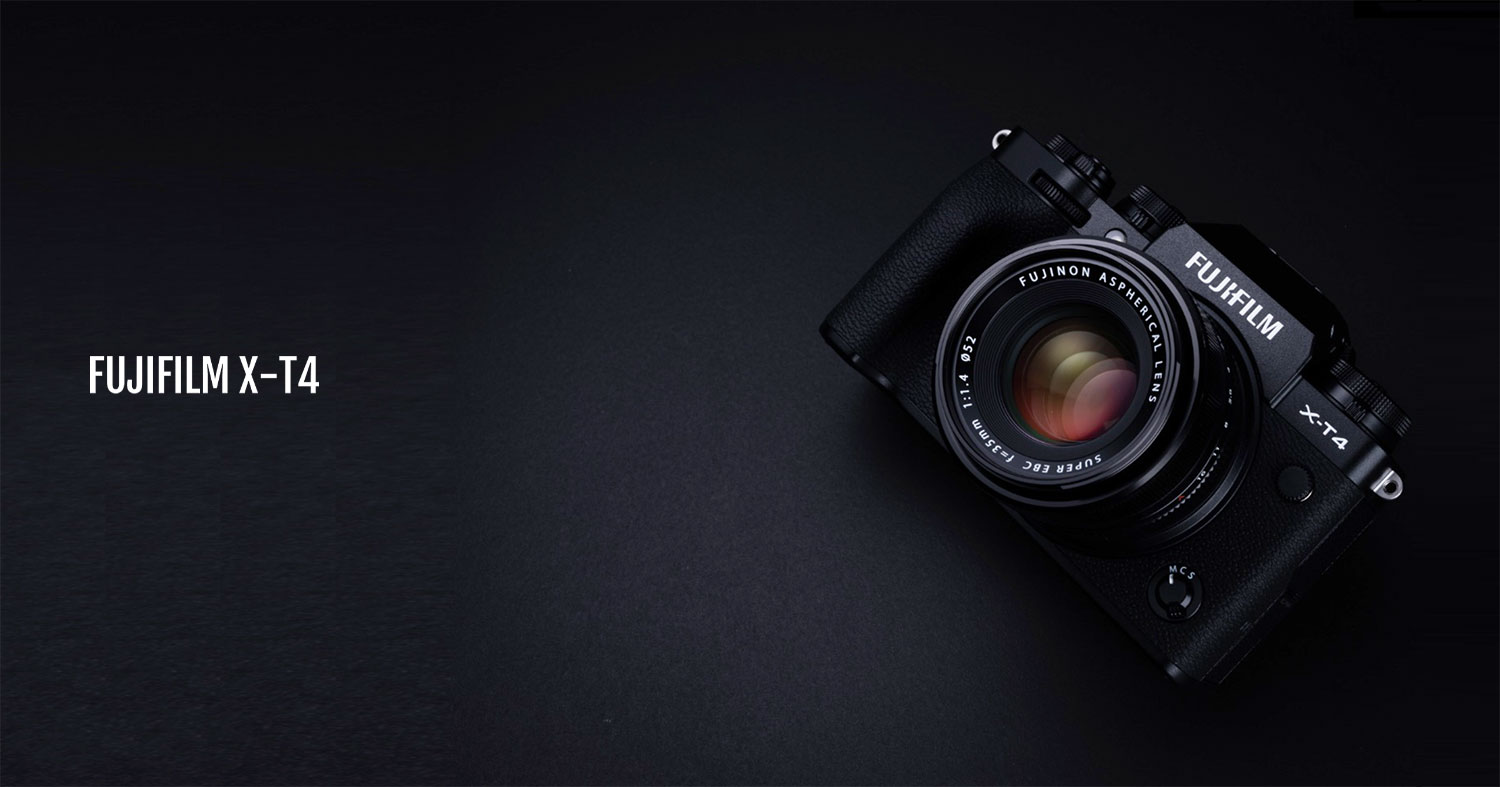 Tokyo, February 26, 2020 — FUJIFILM Corporation (President: Kenji Sukeno) has announced the launch of the mirrorless digital camera FUJIFILM X-T4 in April 2020, the latest addition to the X Series of mirrorless digital cameras known for their compact and lightweight body and superior image quality based on the company's proprietary colour reproduction technology. The X-T4 delivers the world's fastest* 15fps shooting and a high-speed AF performance as fast as 0.02 seconds. This will be a new flagship model, boasting the highest performance in the history of the X Series including the use of a five-axis in-body image stabilisation (IBIS) mechanism that offers up to 6.5 stops of image stabilisation.

The X-T4 is a compact, lightweight and stylish mirrorless digital camera that inherits the “central viewfinder style” adopted by the X-T Series. The use of a newly developed focal plane shutter enables burst-shooting at 15fps. This combines with a further-evolved algorithm for fast and highly accurate AF performance as fast as 0.02 seconds. The camera is also the X-T Series' first model equipped with a five-axis IBIS mechanism that gives up to a 6.5-stop** advantage, making it a perfect choice for sports, wildlife and other active shooting situations. The Film Simulation function, which reproduces colours and tonal expressions of photographic film Velvia and cinematic film ETERNA, has been added with the new ETERNA Bleach Bypass mode, adding richness with high-contrast and low-saturation. The X-T4's extended video functions include 4K/60p 10bit video recording capability for smooth 4K video in rich colours, and a digital image stabilisation (DIS) function for stable video footage with minimal camera shakes. Furthermore, a newly-developed high capacity battery will allow users to shoot approx. 500 frames per charge, catering to extended shooting requirements of professional photographers, such as weddings.

The X-T4 can be combined with a total of 35 interchangeable lenses specifically designed for the X Series, including the large-diameter mid-telephoto prime lens “FUJINON Lens XF50mmF1.0 R WR” – set to be released by the end of 2020.

*Among mirrorless digital cameras equipped with APS-C image sensors or larger, when using the mechanical shutter; as of February 26, 2020 according to Fujifilm
**Offering 6.5-stop advantage for 18 out of 29 already-released interchangeable lenses (XF/XC lenses) for the X Series

• The X-T4 uses a newly developed focal plane shutter. It is driven by a high-performance motor to achieve 15fps burst shooting while also keeping its shutter release time lag to just 0.035 seconds. The shutter is also quieter and twice as durable as the X-T3.

• With the electronic shutter, the camera can achieve blackout-free burst shooting of 30fps.

• An evolved algorithm is incorporated to attain AF as fast as 0.02 seconds.

• Face / Eye AF performance has also been enhanced to make portraiture easier than ever before.

IBIS and other features that support ease of use

• This is X-T Series' first model equipped with an in-body image stabilisation (IBIS) unit. The five-axis IBIS offers up to a 6.5-stop advantage by using gyro sensors that detect camera shake at accuracy 8 times greater than the X-H1, and a shock-absorbing structure that can effectively controls minor shakes when the shutter button is pressed. The camera can be hand-held while shooting sports and other active scenes or in low light conditions such as night scenes.

• The X-T4 is capable of recording high-speed Full-HD video at 240P, producing up to 10x slow-motion effect even to a snap action of a fast-moving subject.

• There is a Still / Movie mode dial on the top panel, allowing the user to apply different settings to still images and videos. In the dedicated Movie optimised control mode, the camera stores pre-selected video settings, enabling swift transition from photo shooting to video recording.

The Fujifilm X-T4 is due in stock April 2020 and will be available for hire, here. Get in touch if you would like to be added to the waiting list!