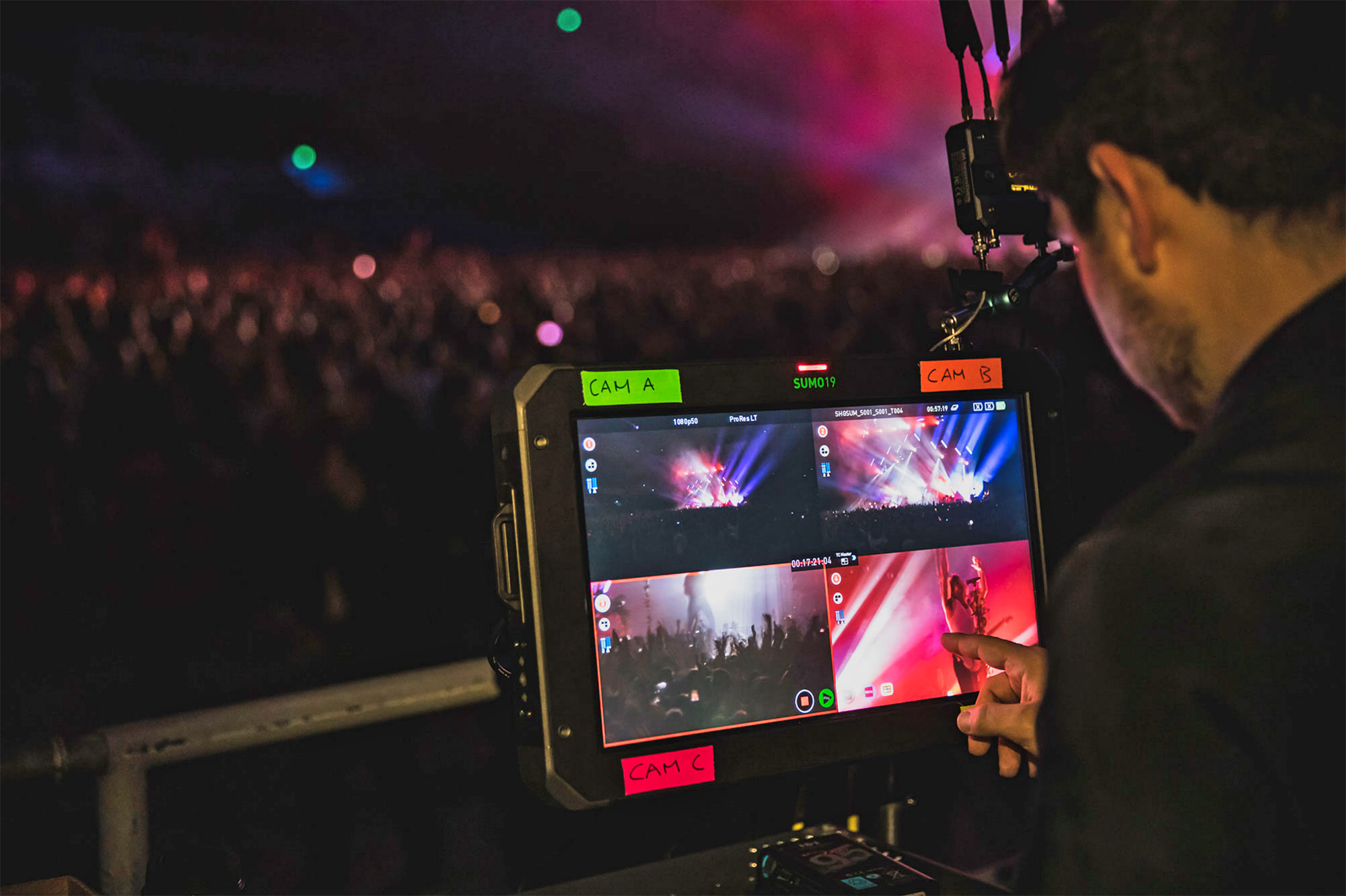 Atomos has made multi-camera switching and recording even easier with the release of a live asynchronous switching and quad ISO recording update for the Sumo 19 HDR monitor/recorder/switcher. AtomOS 9.2 for Sumo 19 makes it simple to record and switch multi-camera events, being intuitive, extremely portable and highly cost-effective.

Up to five 1080p60 streams can be recorded simultaneously – four separate ISOs and the program out to the same SSD drive in Apple ProRes® or Avid DNx formats. This can now be done without the need to synchronize the cameras together using genlock. The channels can be switched in real-time at the touch of the screen and the resulting switched output recorded to the separate fifth channel, as well as output on either HDMI or HD-SDI. Each switch also signals a metadata cut/edit point that the Sumo 19 writes to the disk as an XML file. The ISOs can subsequently brought directly into your NLE’s timeline* with the edits already in place, all ready for fine tuning or re-editing. You can even configure the touchscreen to respond differently to single and double taps, giving the choice between a hard cut or a dissolve being written into the XML file. This will in turn tell the NLE which transition type it should use.

*Using Apple FCP XML file format which can also be converted to other formats for use in other NLEs.

The 19-inch high brightness 1200nit screen gives the operator clear insight into what is going on at all times. The Sumo 19 has become one of the most popular production monitors on indie and Hollywood film sets, live productions and broadcast TV. It is trusted by DPs, directors, drone operators and DITs worldwide thanks to its combination of ProRes and ProRes RAW recording with instant playback, rugged construction, multiple power options and touchscreen control. The new feature upgrade will make it an even more useful addition to any multi-camera production.

If you would like to try Atomos’ new asynchronous switching feature, you can hire it from only £85, HERE.