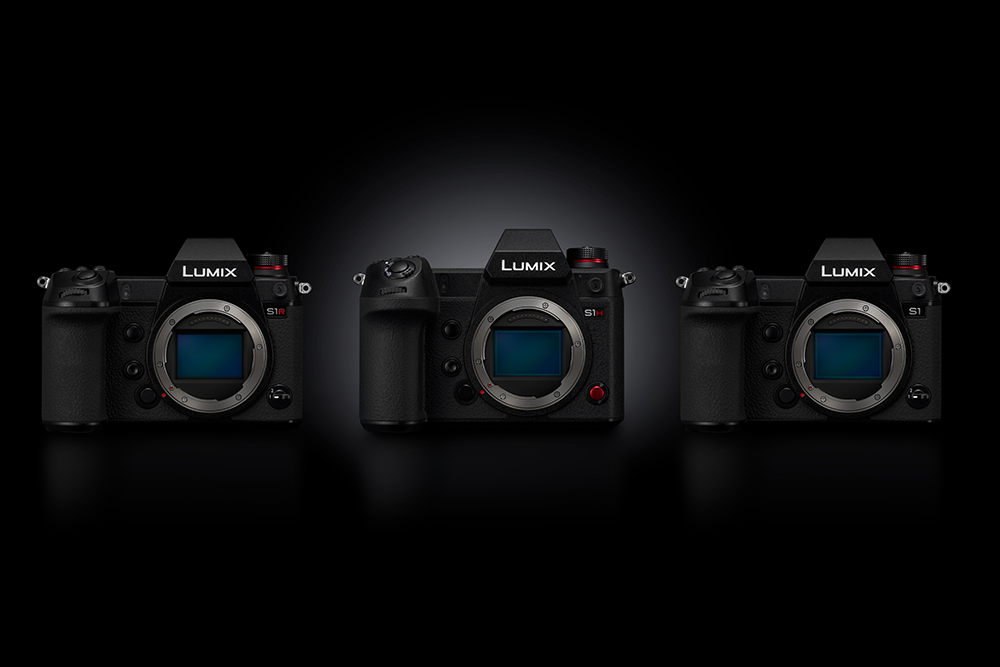 It's fair to say that there were video features we had expected to see on the Panasonic LUMIX S1 when it was launched.  We assumed that either a higher spec video orientated camera would be announced or more features would be made available in a firmware update.  Little did we think that Panasonic would do both!

So firstly the upgrade key for the LUMIX S1 - the DMW-SFU2.  Naturally our stock of S1's will be updated when it becomes available on the 8th July.

Functions available within the upgrade programme include:

Panasonic also announced the LUMIX S1H, the main features which are -

High resolution up to 6K for multiple formats

Maximising the use of the pixels in the full-frame image sensor, the LUMIX S1H, as a digital camera, has achieved 6K/24p (3:2 aspect ratio) or 5.9K/30p (16:9 aspect ratio) video recording for the first time in the world.*1 It is also the world’s first full-frame digital interchangeable lens system camera*1 to enable 10-bit 60p 4K/C4K*2*3 video recording. It accommodates a variety of recording formats, including 4:3 Anamorphic mode, to meet professional needs. Its high-resolution data can also be used for creating 4K videos with higher image quality or for cropping images in 4K.

The LUMIX S1H features V-Log/V-Gamut with a wide dynamic range of over 14 stops, which is virtually the same as the Panasonic Cinema VariCam, to precisely capture everything from dark to bright areas. The colour and even the texture of human skin is faithfully reproduced. Designed under consistent colour management, the S1H's recorded footage is compatible with V-Log footage recorded by VariCam or V-Log L footage recorded by LUMIX GH5/GH5S.

In every S1H recording mode, video can be recorded non-stop under the certified operating temperature so the user can concentrate on shooting.

*1 As a digital interchangeable lens camera, as of May 31, 2019 (U.S.). Panasonic research.
*2 As a full-frame digital interchangeable lens system camera, as of May 31 May, 2019 (U.S.). Panasonic research. In Super 35mm-equivalent size.
*3 Corresponding to 4K (4096×2160) as defined by Digital Cinema Initiatives (DCI).
*4 Recording time varies depending on the battery capacity and memory card capacity. When the camera’s temperature rises above the specified operation temperature, the camera may automatically stop video recording to protect it from heat damage.

It's important to stres that this is still in development and if far from ready - expect something towards the end of the year or maybe next Spring.  Announced at Cinegear in LA this weekend, no doubt as we move forwards, more details will become apparent.