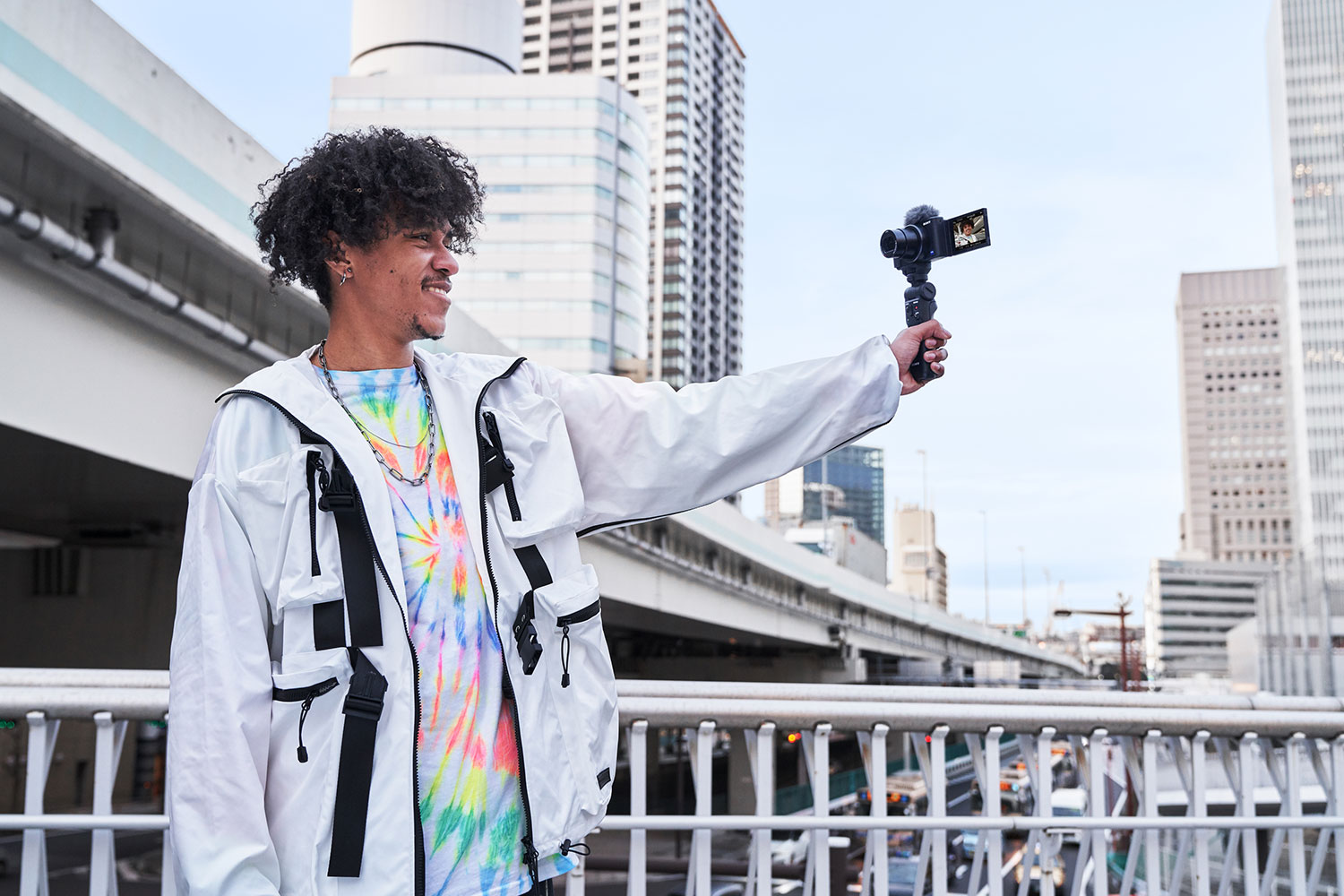 The Sony ZV-1 is set to be a firm favourite among vloggers, for all sorts of production applications – such as shooting beauty videos, creating product reviews, livestreaming and travel and lifestyle content. In this video, we reveal just what makes this camera such a gamechanger in the vlogging world.

This is the first Sony compact with a front-facing screen that flips out to the side, meaning it won’t be obscured by top-mounted accessories or tripods/gimbals underneath. The onboard microphone sounds great, so in some situations you won’t need additional bulky sound equipment, although if you do want a more professional mic set up, there is a 3.5mm jack port. It’s compatible with Sony’s VCT-SGR1 shooting grip, which includes a remote shutter release for both stills and video, which is particularly useful when livestreaming – it allows you to avoid the typical fumbly cut shot which is so often seen, especially on social media!

Another reason it is such an effective camera for vlogging is the fact that you can blur the background at the touch of a button, meaning you don’t need to resort to using large aperture lenses, which can be heavy, to get that cinematic look. PLUS, it has Eye AF for video, making it easier than ever to get your focus point bang-on, which is especially useful when using this shallow depth of field mode. 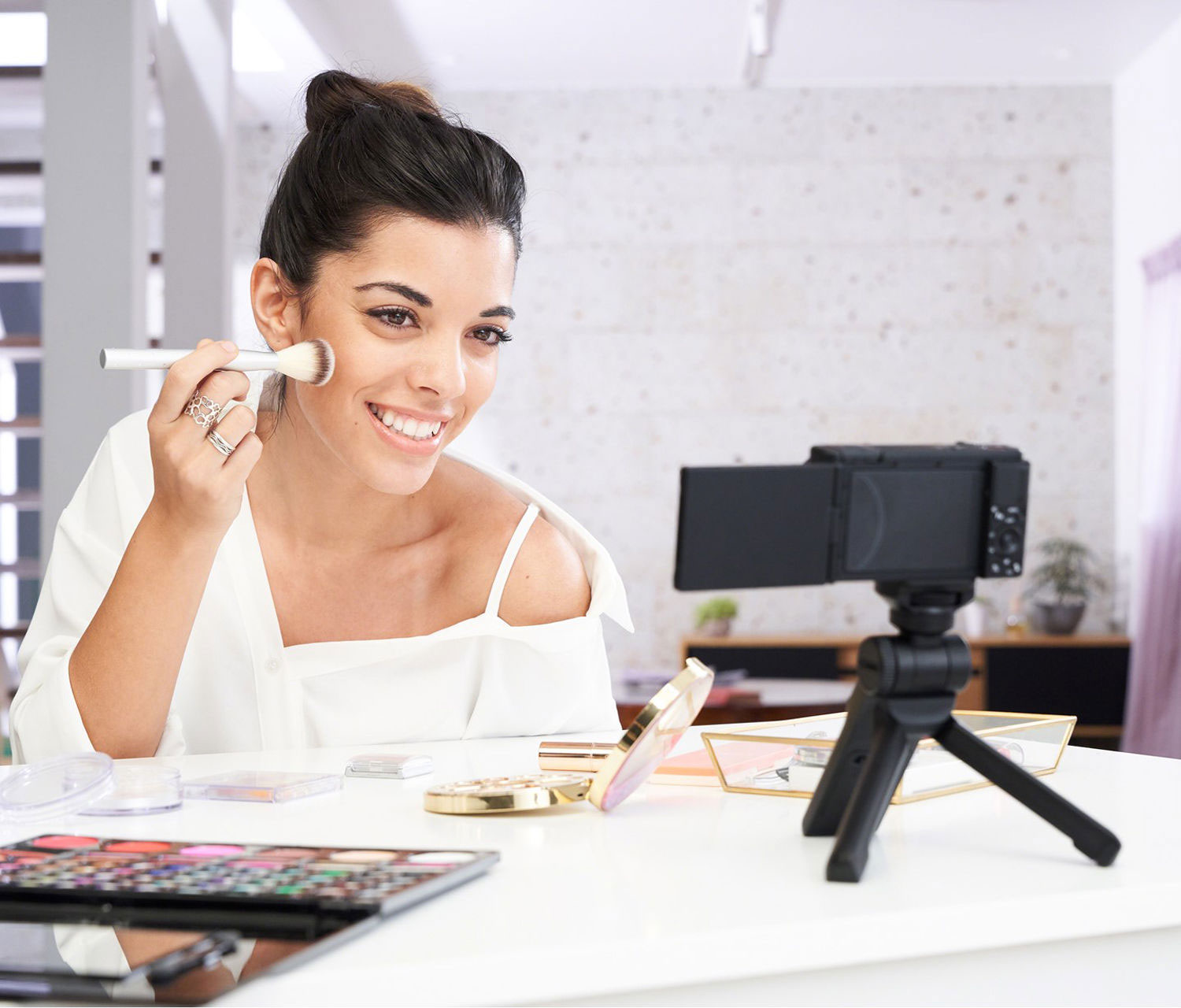 When vlogging product reviews, the Product Showcase setting will quickly draw focus to an item that is held up in front of the camera, between the subject and the camera, and as soon as the product is out of shot, the camera will zip the focus straight back to the subject. It also has a Soft Skin Effect mode for a smoother look – ideal for beauty vloggers, although some may see this as cheating!

There are many other great functions that makes this camera just so useable, which are revealed in the video below!

The new Sony ZV-1 is coming soon and will be available for hire, HERE.