The Crane 2 has already proved incredibly popular with our customers so today we are pleased to show their two new gimbals, currently prototypes but due to be available at the end of the year.

First up is WeeBill Lab. This is visibly smaller than the Crane 2 but still with the same functionality. 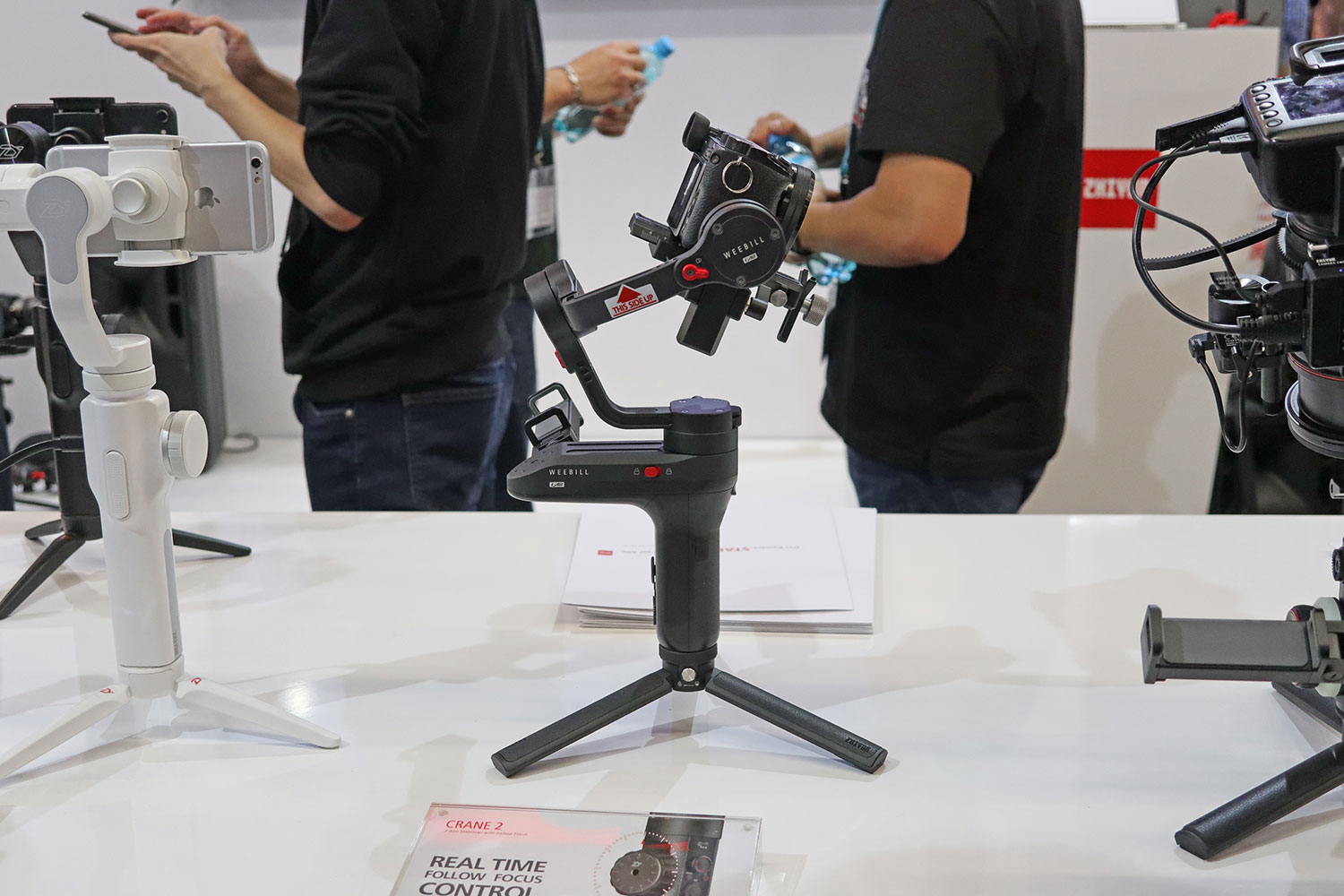 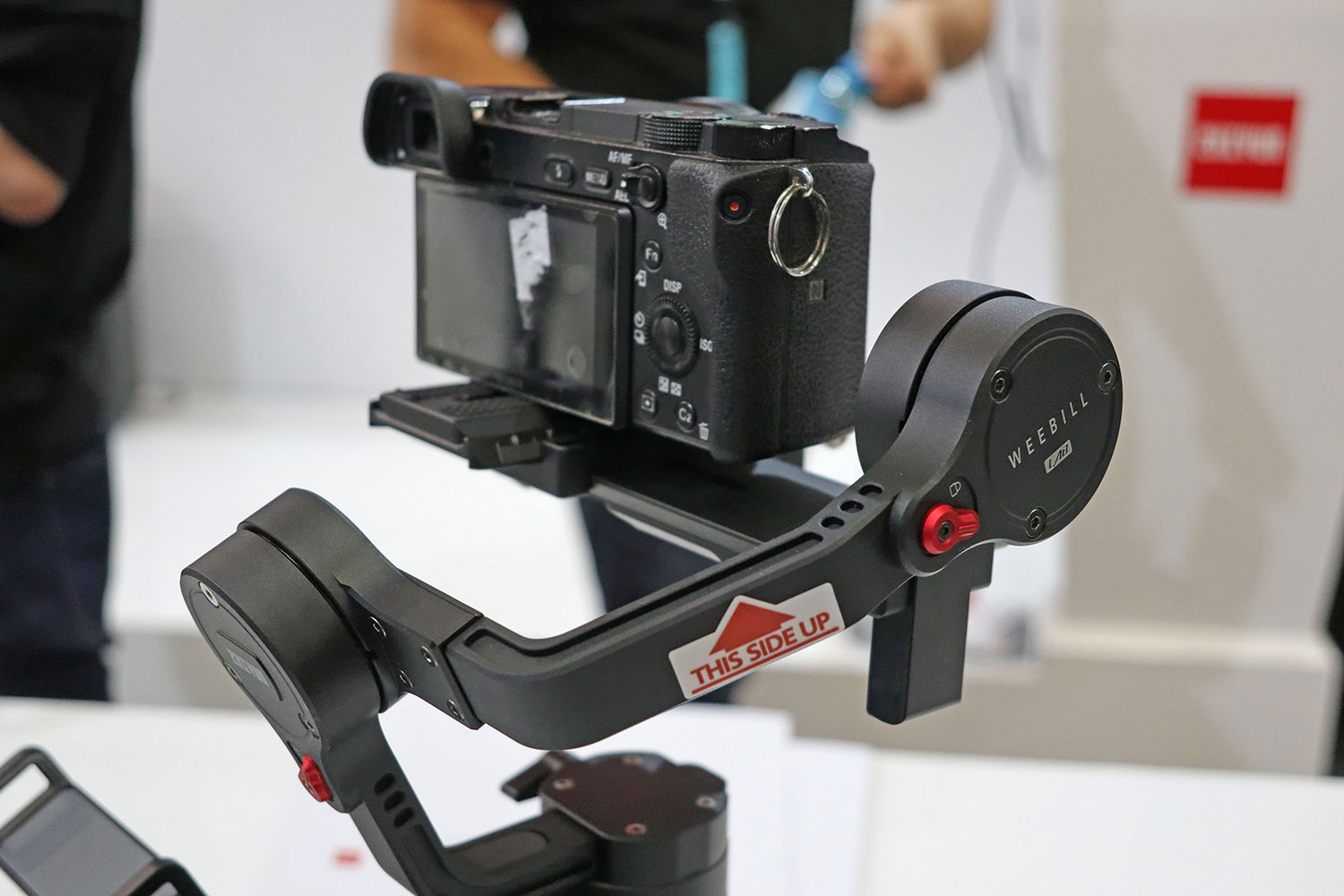 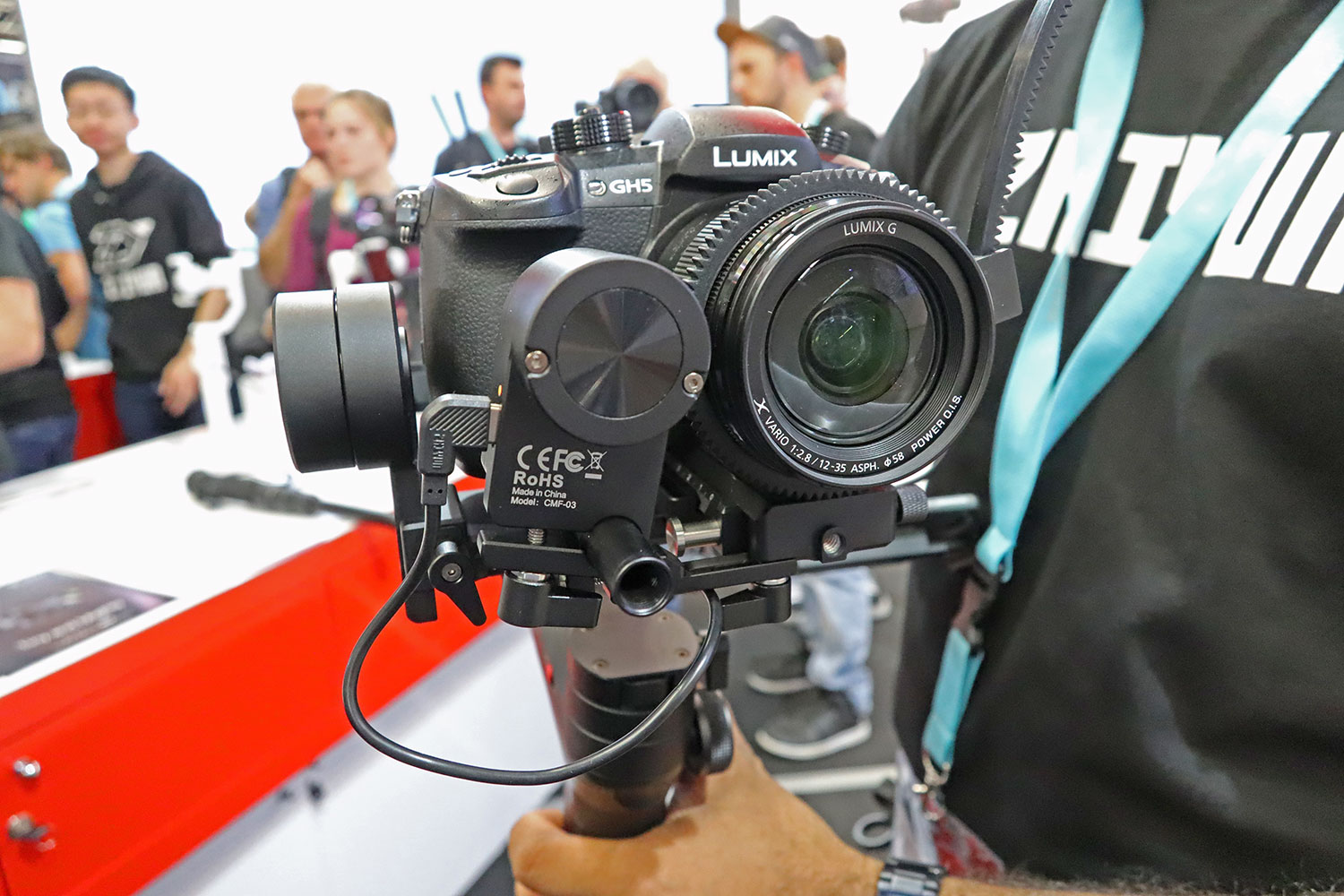 It is designed to work with a7’s and GH5’s. The really interesting part is that the new design that allows the detachable stand/tripod to be mounted to the back, allowing low shots to be easily taken. 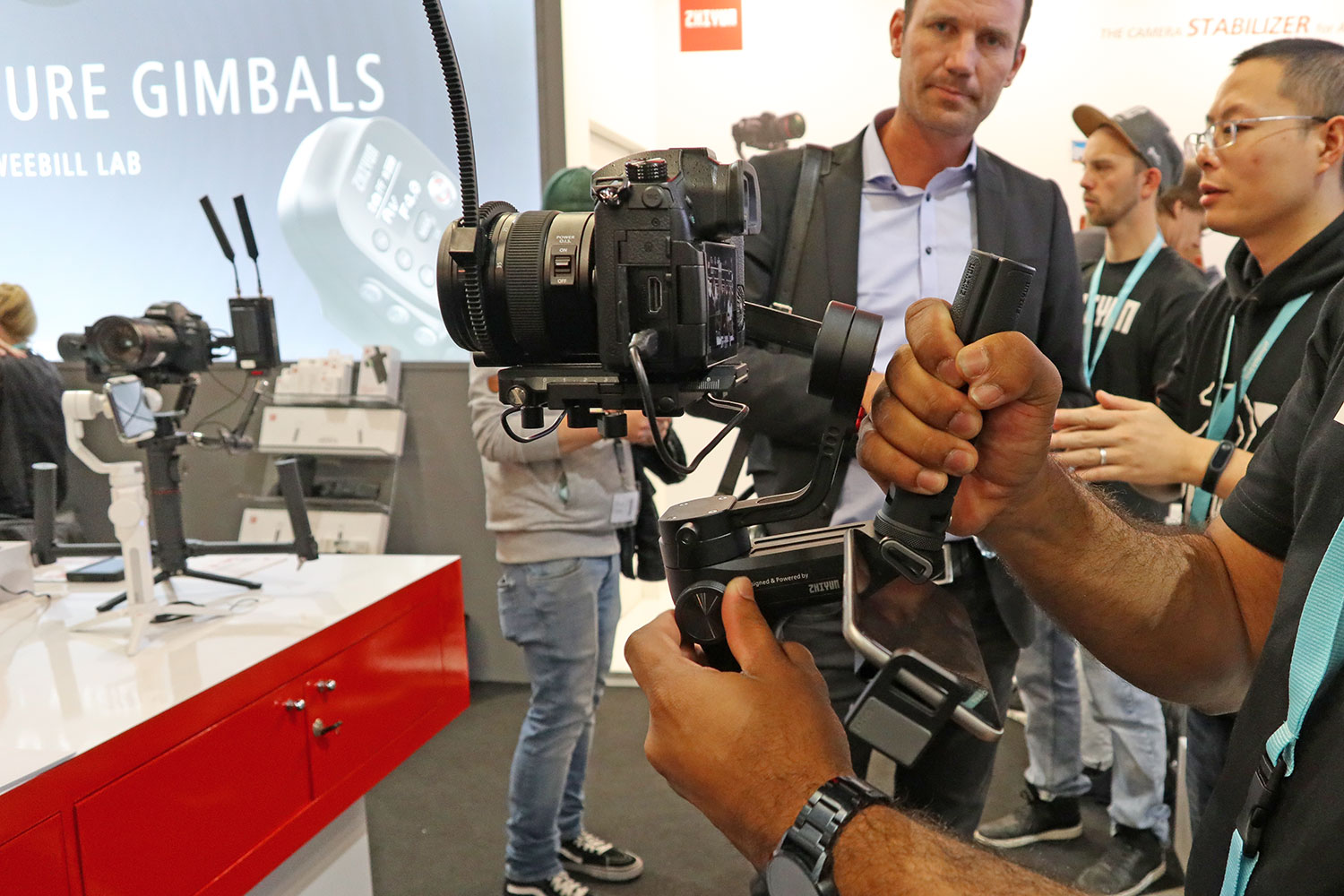 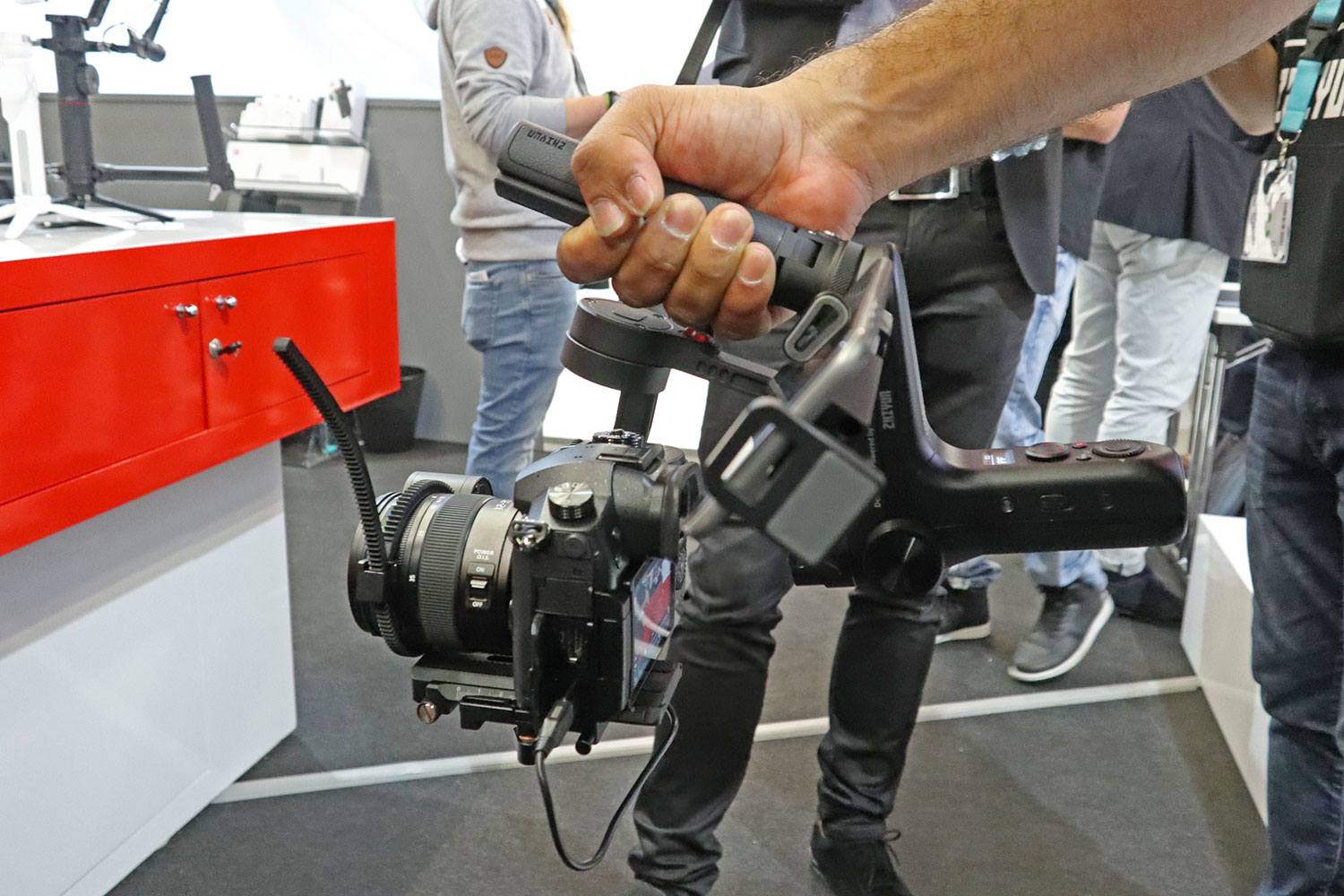 You can also screw a monopod under the unit to allow higher shots with ease using a belt sturdy. 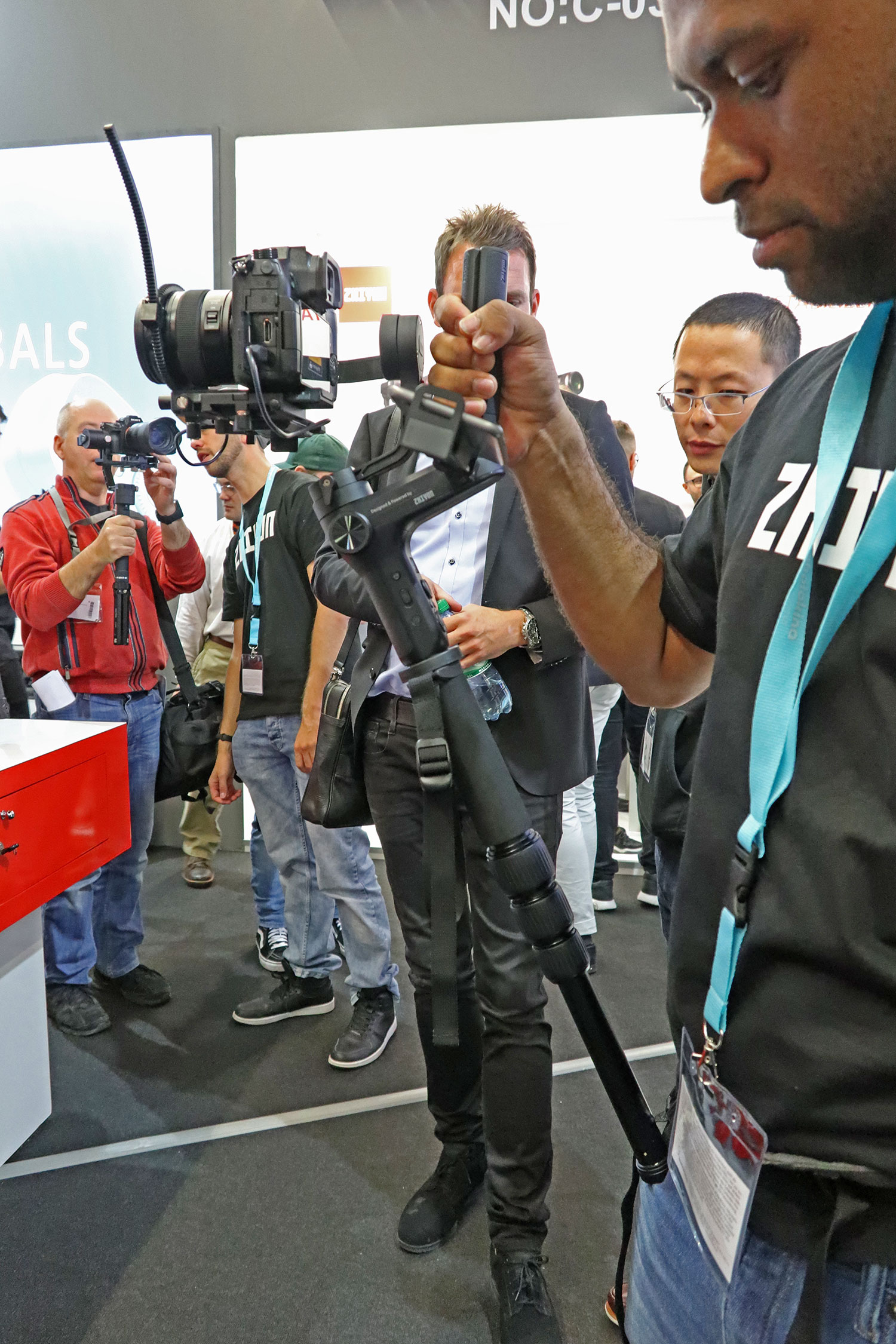 Also shown as a prototype is the Zhiyun Crane 3 Lab. This is not meant as a replacement for the Crane 2 but more as a solution for heavier cameras, offering a load capacity of up to 4.5kgs. You will notice the interesting ‘joystick’ design to the rear handle. Zhiyun are still taking feedback on this and it does look strange but in hand it makes more sense and allows brilliant low tracking shots, by turning the rig and holding by the handle. 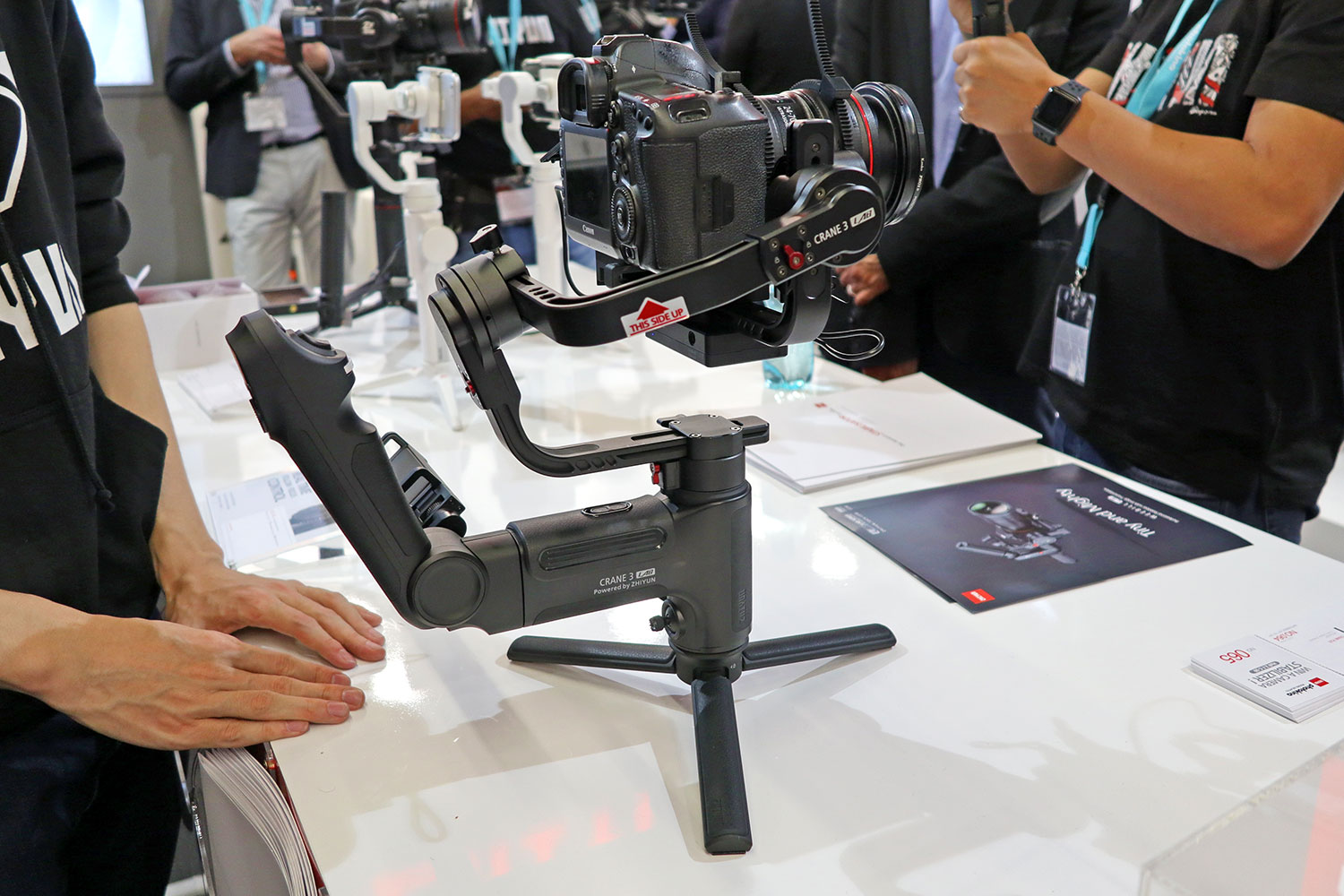 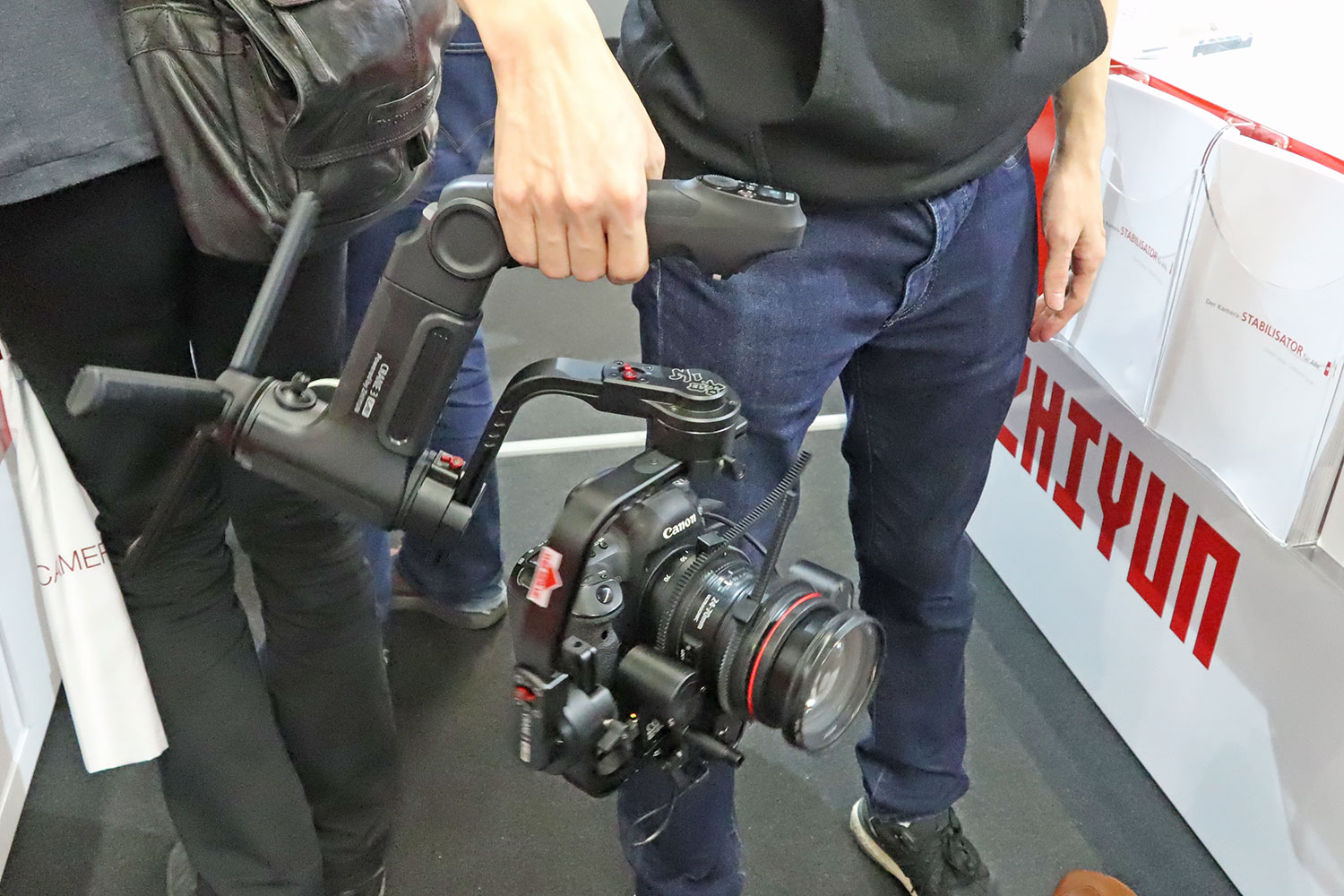 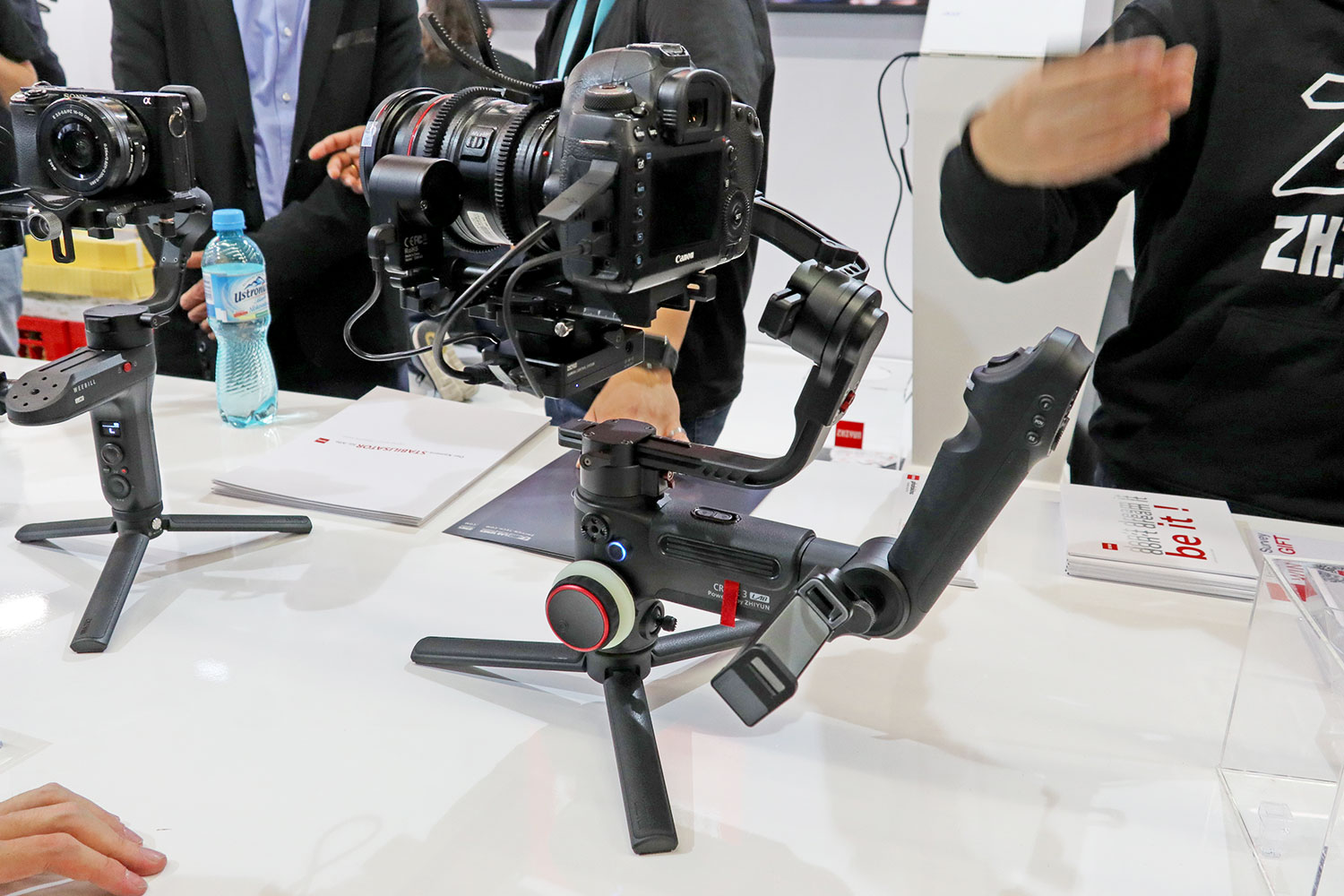 Don’t worry about the fact you can’t see the camera screen. Under the camera is a Bluetooth and Wireless transmitter/receiver that allows you phone mounted on the rig to act as a monitor and controller. 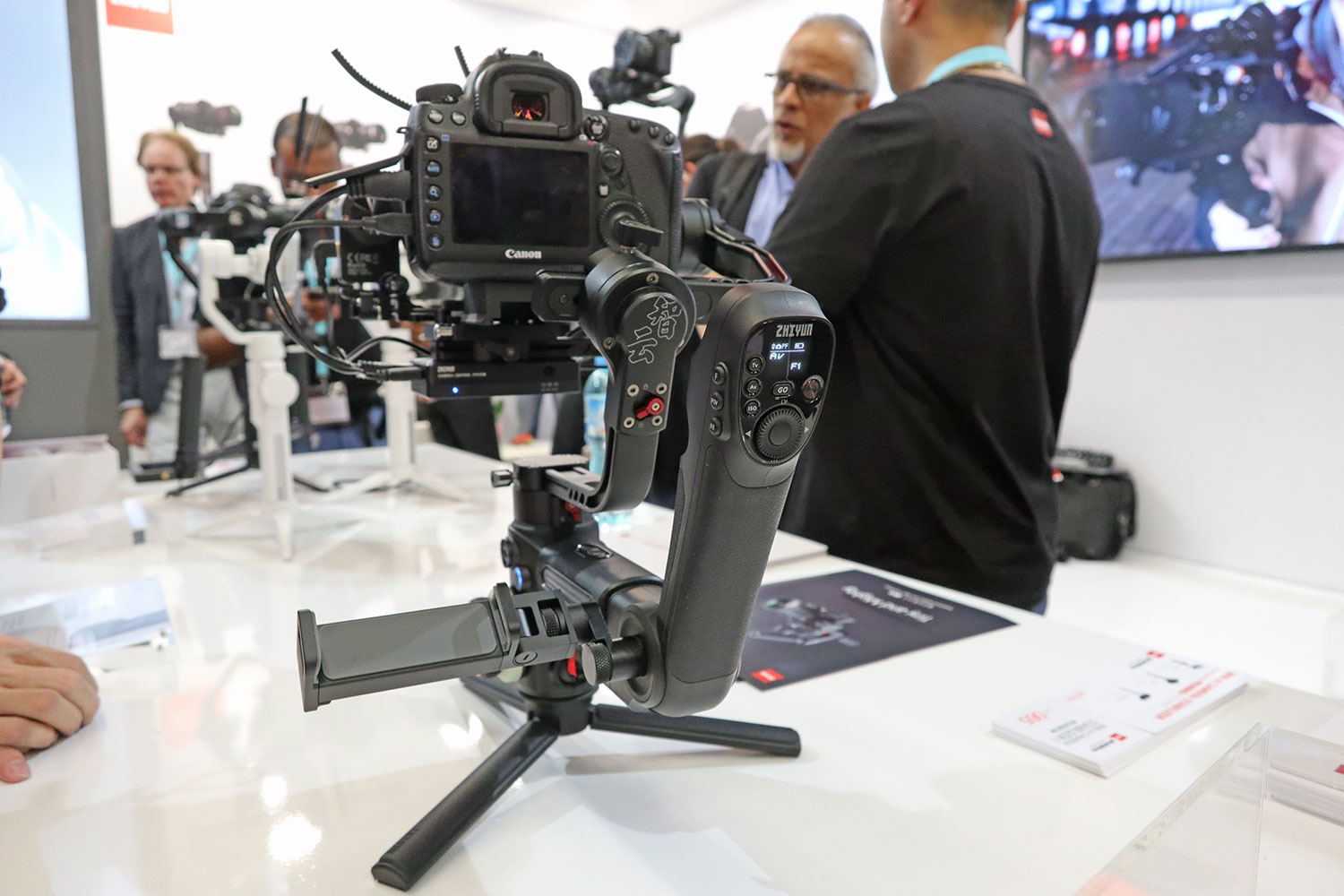 The Crane 3 Lab also comes with dual servos for zoom and focus. These are controlled by two wheels on the rig. 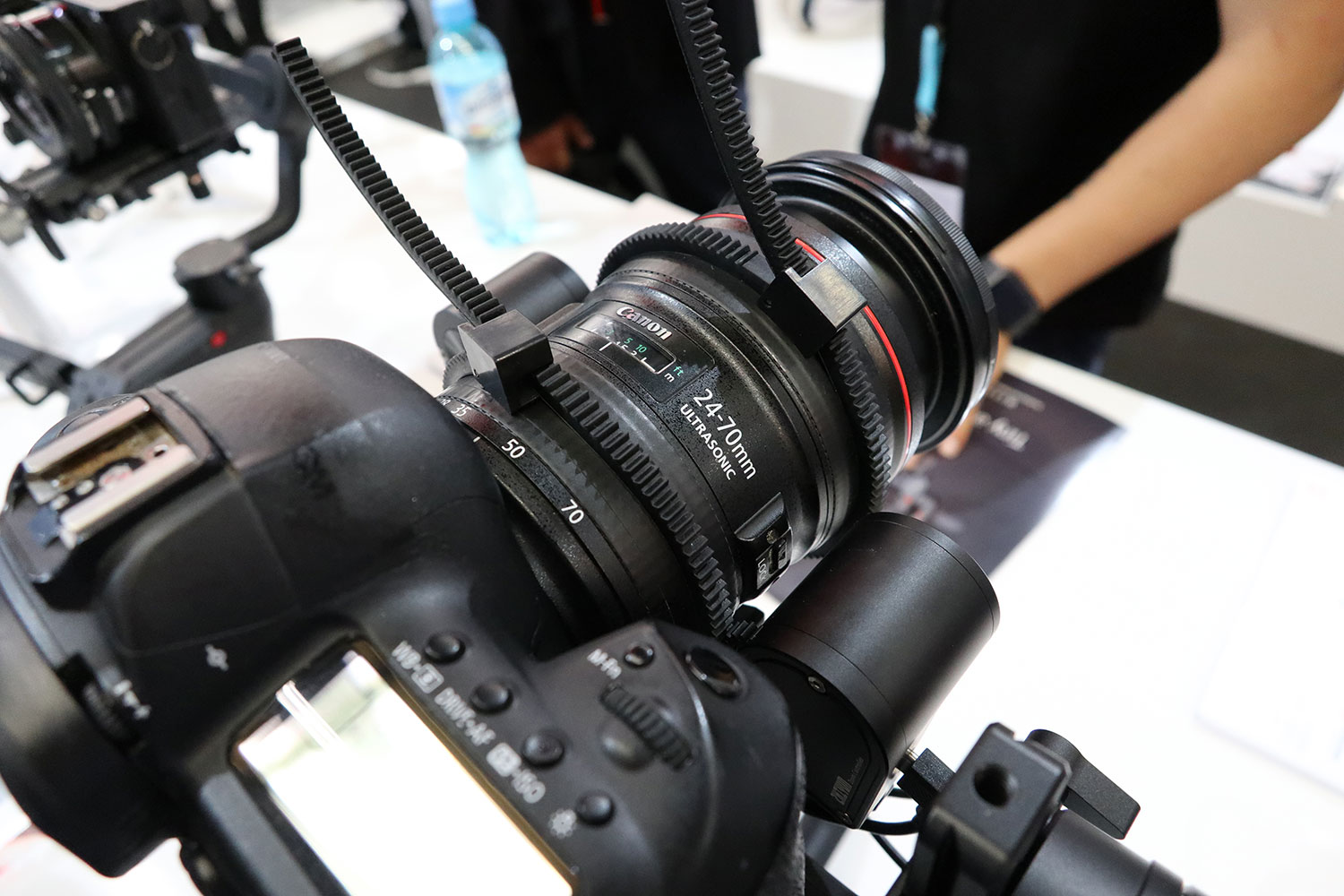 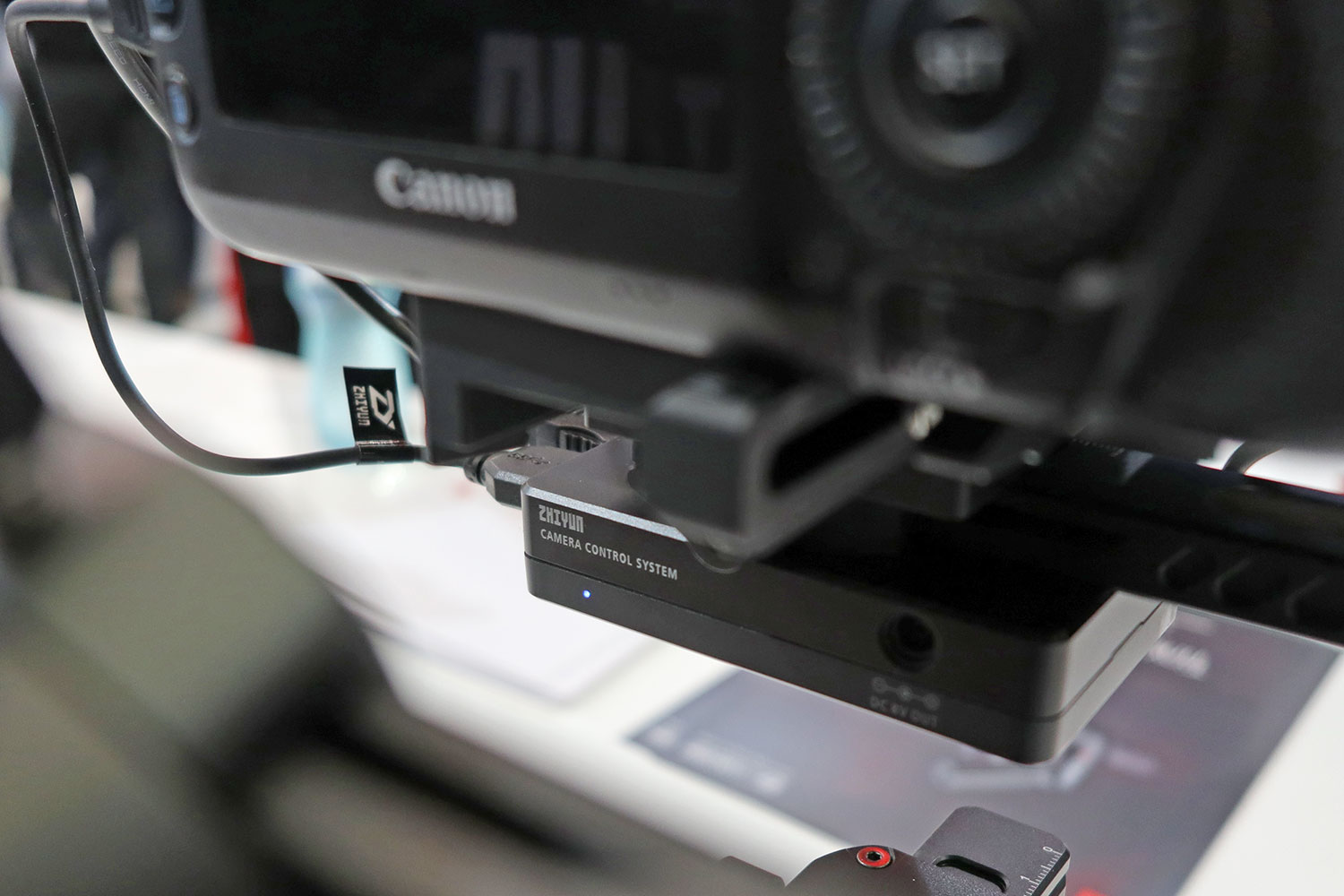 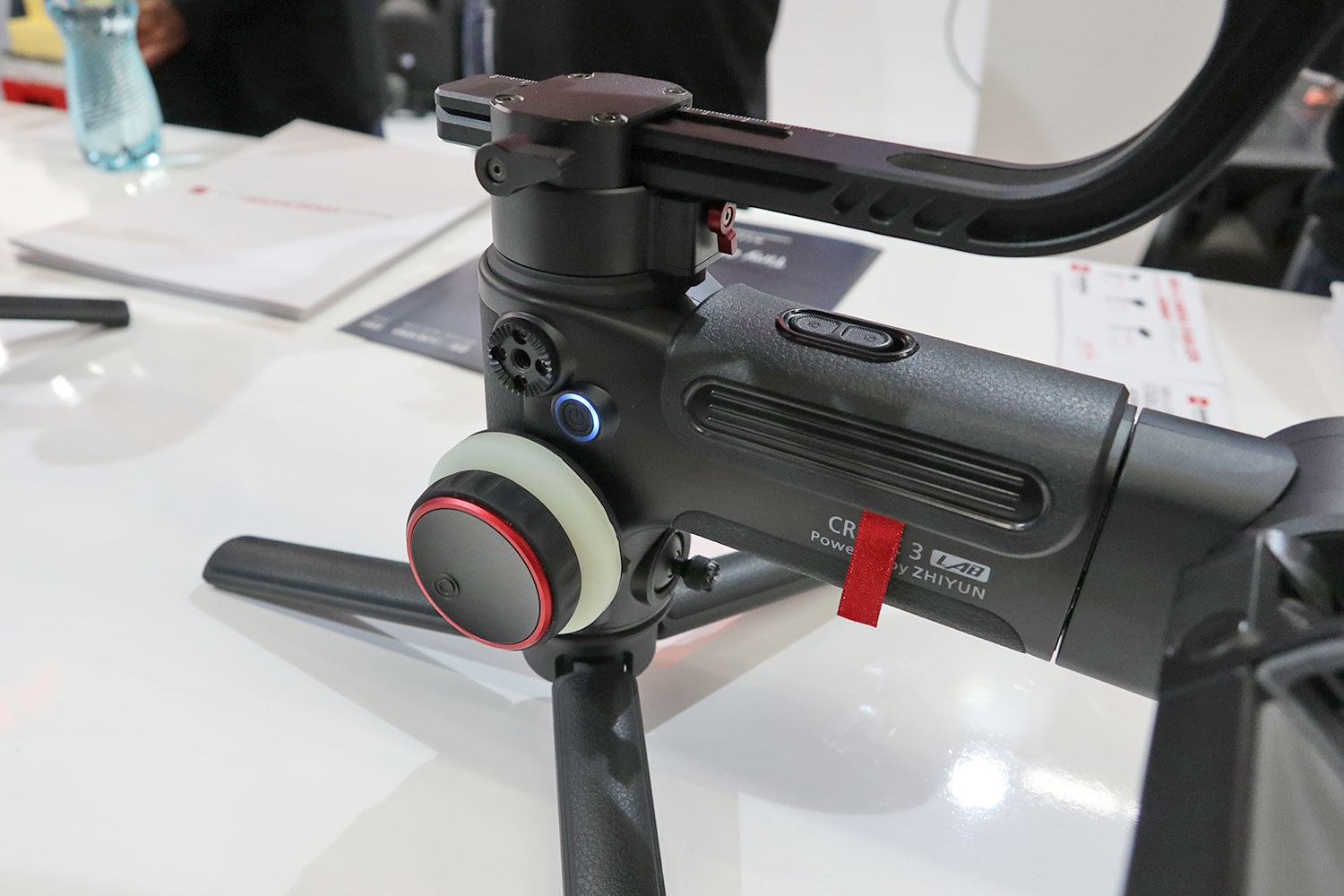 As such, this is a prototype but we’re expecting it to be close to this final version for production which is due to start early next year, It will be available for hire, HERE. We expect pricing to be a little bit more than the Crane 2.