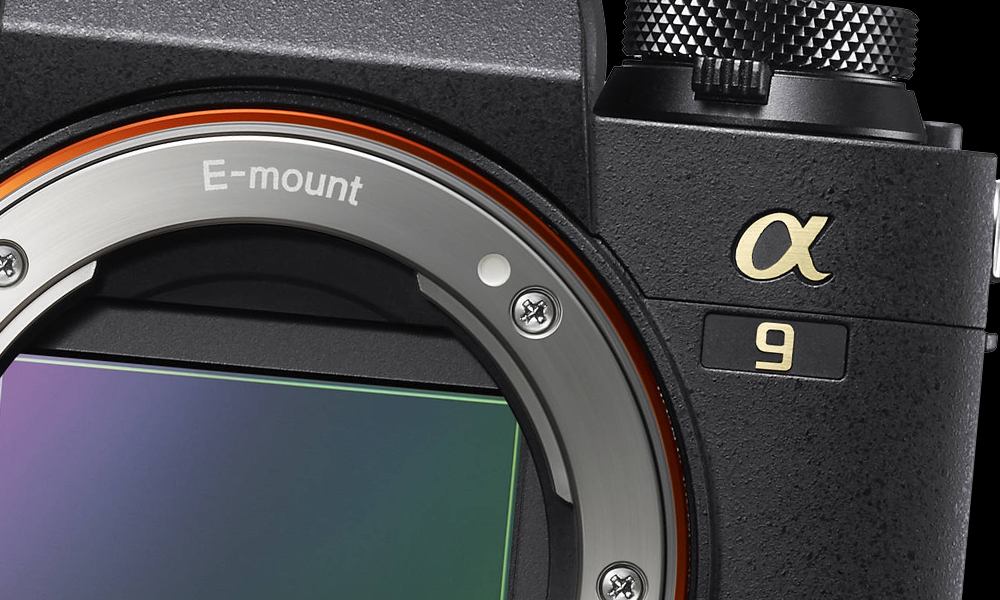 Thanks to their full-frame sensors and compact bodies, Sony’s A7-series of compact system or mirrorless system cameras have proved very popular with enthusiast and professional photographers. Now Sony has introduced the A9 designed along similar lines to compete with top-end cameras like the Canon EOS-1DX Mark II and Nikon D5.

Like the Sony A7-series, the Sony A9 is a full-frame mirrorless camera that can take interchangeable lenses. And like the A7 II, it has a pixel count of 24 million. However, thanks to memory that’s integrated into its stacked-design sensor, and the Bionz X processor it’s able to shoot at an incredible maximum rate of 20 frames per second for up to 241 raw files or 362 jpegs. What’s more that rate is possible with continuous autofocusing and exposure metering.

Sony has matched that high-speed shooting capability with a 693-point wide area phase detection autofocus (AF) system. As these points cover 93% of the imaging area the A9 is able to track subjects across almost the entire scene and close to the edges of the frame - that’s not possible with any current DSLRs.

With so many AF points available, selecting the one you want could be a frustrating business but there’s a mini-joystick controller on the back of the camera dedicated to the job, or you can tap the touch-sensitive screen to select the point that you want. There’s also a collection of modes that determine the points available for focusing including Wide, Zone, Center, Flexible Spot, Expand Flexible Spot, Lock-on AF, Face Detection and Eye AF.

Wide AF mode lets the camera take complete control over which AF point to use while Zone, Center, Flexible Spot and Expand Flexible Spot narrow things down to a smaller area.

Other specification highlights include Sony’s excellent 5-axis image stabilisation giving up to 5 stops of compensation at slow shutter speeds, a standard sensitivity range of ISO 100 – 51,200 (expandable to ISO 50 – 204,800), and 4K video capability. Video quality is ensured by the fact that the A9 can oversample video at 6K resolution for 4K output, so there’s no pixel binning or line-skipping.

There’s one disappointment on the video front, the A9 doesn’t have Sony’s Picture Profiles or S-Log modes, but we’re hopeful that they will be added with a firmware upgrade. 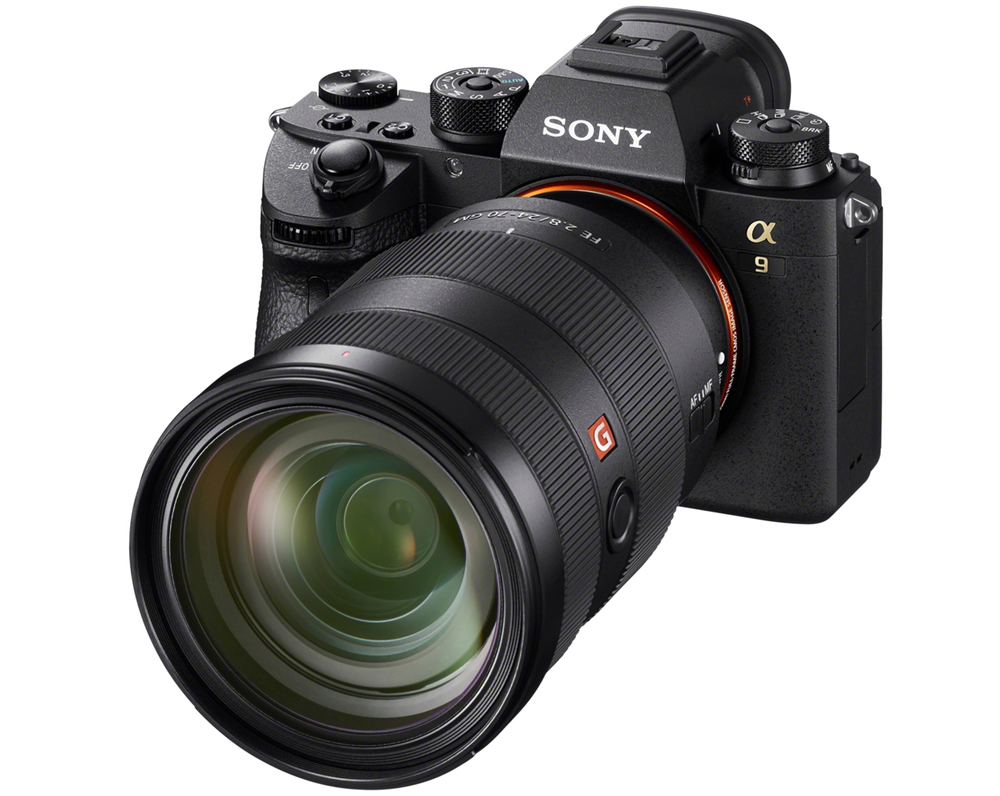 If you’re familiar with the second generation of Sony’s A7-series, the Sony A7 II, A7R II and A7S II, you’ll find that the A9 is very similar (albeit with a few key differences that we’ll come to later). Like the A7-series the A9 is very small and light for a full-frame camera, which makes it attractive if you’re going to carry it a long way.

It’s also built to a high standard and there are seals to help keep out dust and moisture - but no dunking it in water please, it’s not waterproof.

Despite the camera’s small size, the A9’s grip is deep and comfortable to hold for hours at a time. The controls are also sensibly arranged and within easy reach.

One of the most noticeable differences between the A9 and the A7-series is the presence of a small joystick control on the back of the new camera. This is in the perfect position for use by your right thumb when you’re holding the camera to your eye and it’s useful for navigating the menu and setting the AF point.

Another clear difference is the two stacked dials on the left of the A9’s top-plate. The top dial has the drive mode options while the bottom one is used to set the focus modes. Both dials have a locking button that must be pressed for them to be used. The drive mode dial may seem a little fiddly to use at first as the lock button is just to its left, but you get used to it quite quickly.

As it’s a mirrorless camera rather than SLR, the Sony A9 has an electronic viewfinder (EVF) instead of an optical unit. This means the camera operates in full-time live view mode and the EVF can show the impact of exposure, white balance and colour settings.  You can also see the AF box around the subject to let you know that the camera is tracking it and keeping it sharp.

With 3,686,400 dots the 0.5-inch screen in the viewfinder gives a detailed view of the scene. Zeiss T* coatings also help suppress reflections while a fluorine coating on the lens nearest your eye repels dirt. Perhaps the best news, however, is that there’s no blackout when you shoot at 20fps, so it’s easy to follow a fast moving subject.

On the back of the camera is a 3-inch 1,440,000-dot screen that is touch-sensitive. This also provides a clear view and its tilting mechanism makes it very useful for shooting landscape format images or video from above or below head-height.

Although the screen is touch-sensitive and very responsive, it’s only possible to use it to set the AF point or zoom into images. Following an interview that our friends over at Camera Jabber conducted with Sony, we’re hopeful that the touch-control will be extended with a firmware upgrade in the future.

Sony has given the A9 lots of customisation options so if you’re renting the camera for a few days it’s well worth taking some time to experiment with the various options to find the configuration that works best for you. The purpose of many of the buttons can be changed and there are 69 features available to be assigned to the four dedicated custom buttons.

In addition, there’s a My Menu to which you can assign up to 30 of the shooting and set-up menu features that you need most often. Again, it’s worth having a look through the menu and finding the options that you want to access quickly. If you’re shooting in continuous AF mode, for example, you may want to be able to vary the tracking sensitivity on a regular basis - this determines how quickly the camera responds to sudden changes in subject distance or objects coming between it and the subject.

If you’re looking for a mirrorless camera to record huge amounts of detail then the Sony A7R II, or the Fuji GFX 50S are the best options, with the Sony A7R II being the smaller of the two. But that’s not to say that the Sony A9 can’t record lots of detail, it can, but with a 24Mp sensor, it can’t match a 42Mp or 50Mp camera.

Where it excels, however, is with autofocus speed and continuous shooting. If you’re looking for a mirrorless camera with super-fast focusing and incredible tracking capability then the Sony A9 is definitely the model you want.

With a Sony FE 70-200mm f/4 G OSS mounted it’s capable of focusing on fast moving subjects like birds in flight and keeping them sharp as they move towards or away from the camera. Furthermore, in many instances, there’s no need to worry about selecting an individual focus point, or even a group of AF points as the Wide AF mode works extremely well.

If the camera is in continuous AF mode and the subject is stationary you may find that the camera focuses on a point a little closer to you than the target, but as soon as the subject starts to move the camera latches on and keeps it sharp with an impressively high hit rate even when there’s a busy, distracting background.

Another useful feature is that the A9 uses its electronic shutter to achieve the maximum frame rate of 20fps - you have to set it to electronic or automatic shutter selection in the menu. Once all the sound effects have been turned off the camera becomes completely silent, even at 20fps. That opens up a host of formally forbidden shooting scenarios - the swing of a golf club and the serve in a tennis match.

When it’s set to shoot silently the only clue that you’ll have that the A9 is shooting is a flickering of the AF box around the subject.

Naturally, the best results are recorded when the A9 is at its lowest sensitivity settings, but it keeps noise in good check and detail isn’t sacrificed too readily. In the default settings, colours also look nice and natural straight from the camera.

As the Sony A9 is a mirrorless camera you can preview exposure in the viewfinder or on the main screen and use the exposure compensation dial if necessary. This isn’t required any more than you’d expect. If for some reason you underexpose images dramatically, perhaps you do so to preserve very bright highlights, you’ll find that the raw files can withstand hefty brightening, even 5 EV and still have good colour and tonal variation.

The Sony A9 is a heck of a camera. It’s much smaller and lighter than pro-level DSLRs like the Canon 1DX Mark II and Nikon D5, but it can deliver the goods and makes light work of focusing on some very tricky subjects. It can even let you shoot in situations where those cameras just wouldn’t be allowed.

From our time shooting with the A9, we’re confident that it will prove to be a very popular camera and we’re looking forward to seeing what lenses Sony brings out in the future to compliment it. 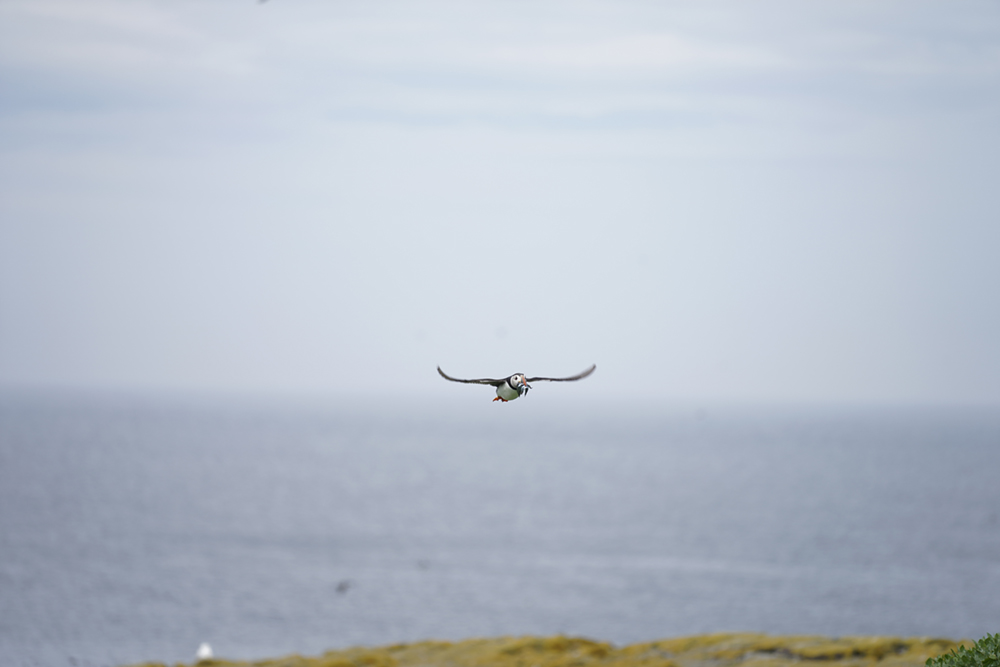 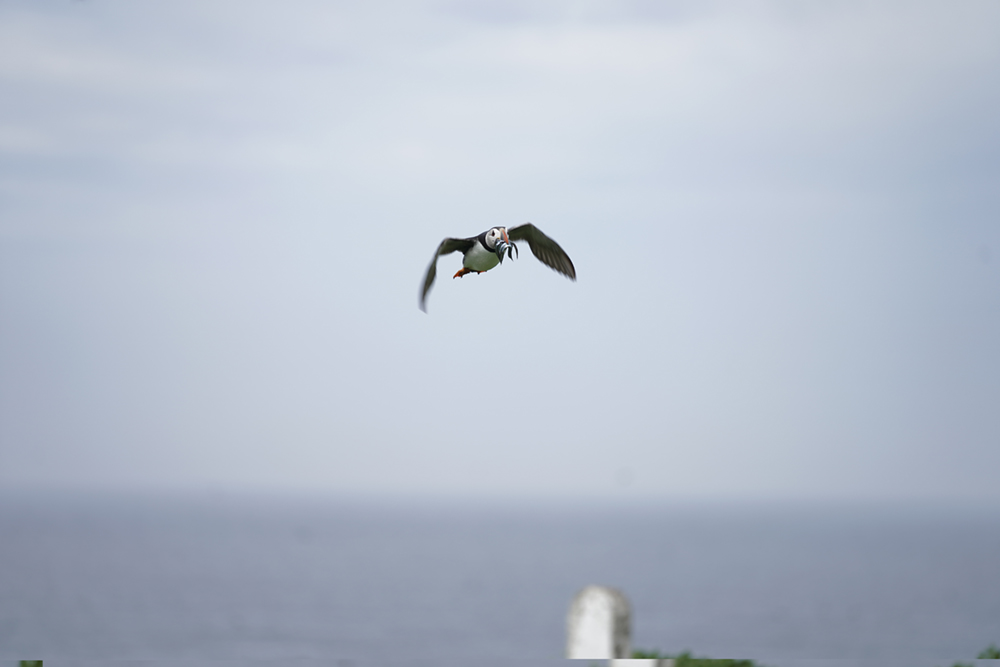 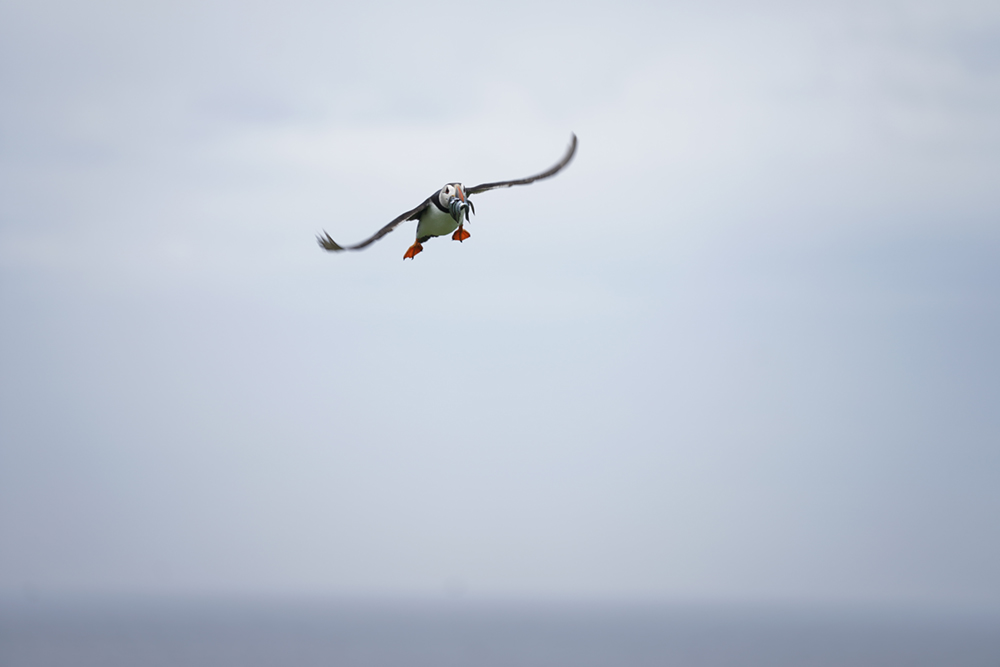 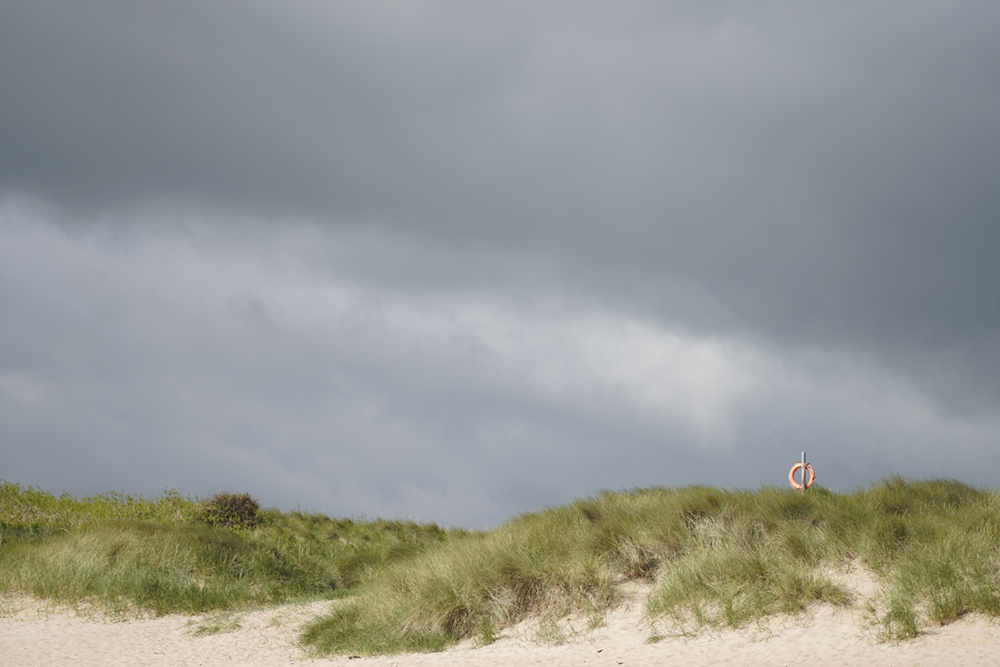 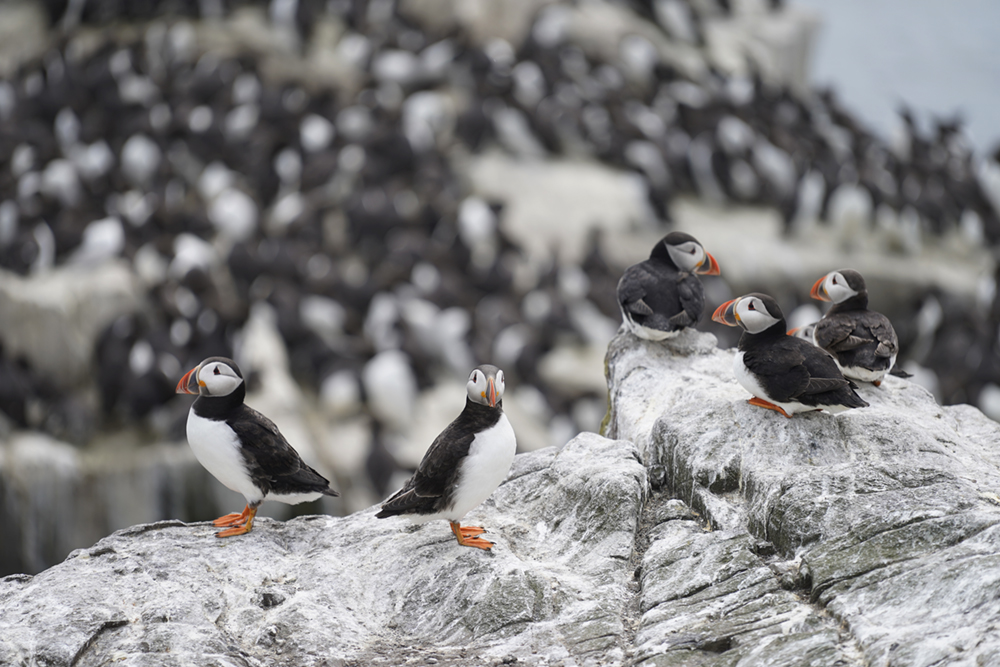 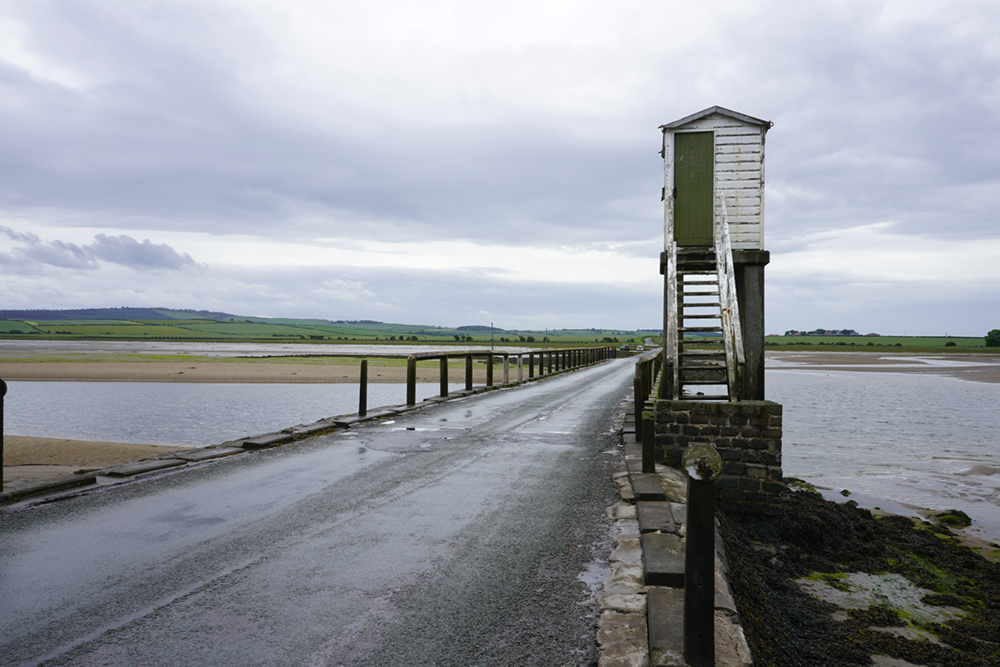 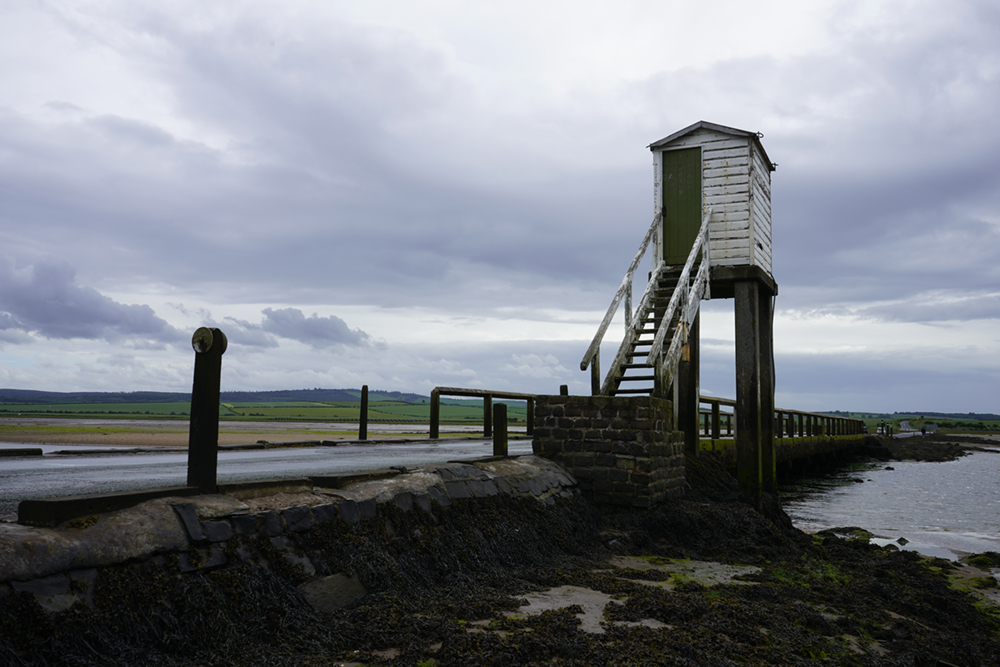 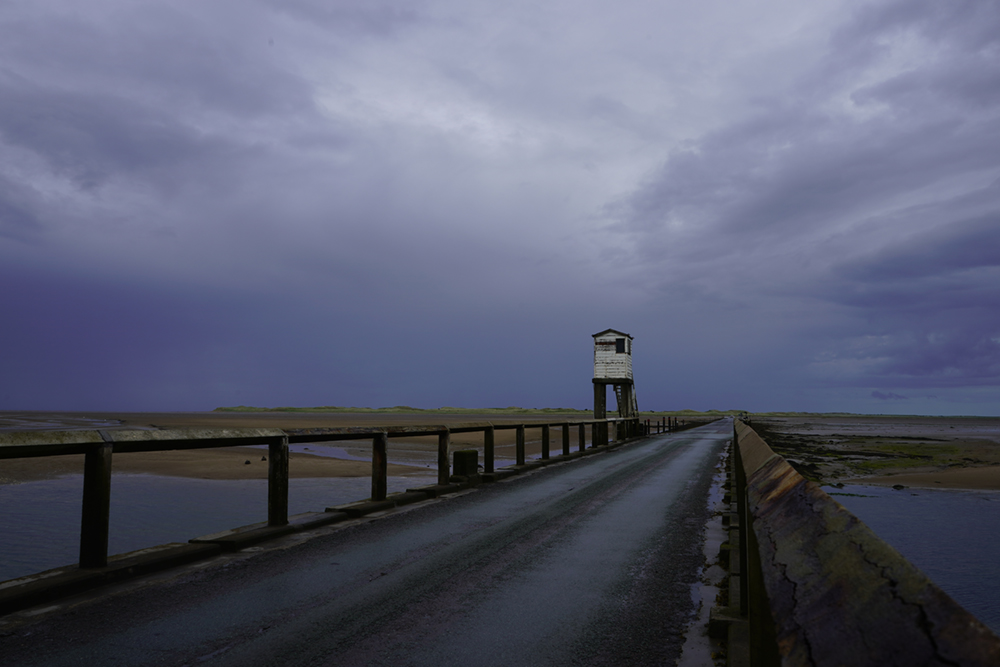