12 reasons the Fujifilm X100F is the perfect street photography camera 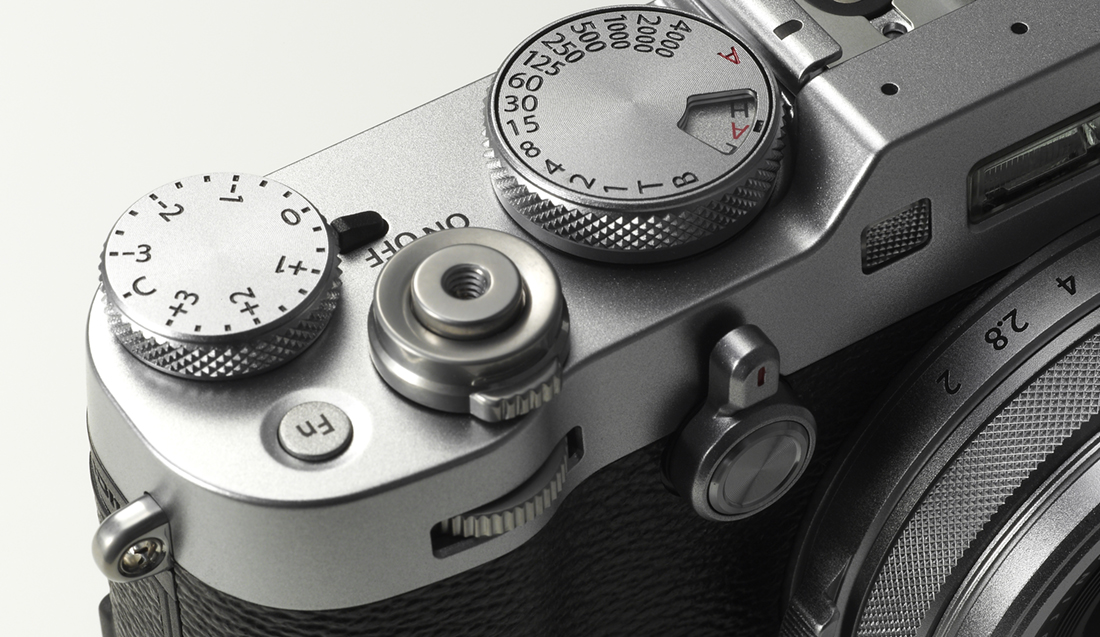 Fujifilm’s excellent premium compact camera series is now in its fourth generation. The latest model, the X100F, brings a host of improvements and upgrades while retaining the best features which of the previous iterations. In this piece, we look at why the X100F is the ideal camera for street photography - hopefully inspiring you to get out there and capture the world.

1. Size: The X100F is small, portable and discreet. It doesn’t make you stand out for all the wrong reasons like a DSLR, making it ideal for taking pictures without it being obvious what you’re doing. This is a camera you can blend into the background with, watching street scenes unfold in front of you - go for the all black version if you want to be particularly unobtrusive.

2. Looks great: As with many Fujifilm cameras, the X100F looks like an old-style film camera. In many respects, it also works like one. As well as feeling like a street photographer from years gone by, many people may assume you’re an art photographer using an analogue camera and not pay you all too much attention. Underneath the bonnet of this retro housing though is some serious technology at work.

3. Large sensor: Despite the X100F’s small size, it houses a large APS-C sized CMOS sensor. Not only that, but it’s an X-Trans sensor, seen in the X-Pro2 and the X-T2, which has been known to outperform some full-frame sensors thanks to its unique design and lack of an anti-aliasing filter. What that means is that your images will be filled with lots of lovely detail and depth - just what you need for a busy street scene. Also, the resolution has been increased from 16 to 24 megapixels. 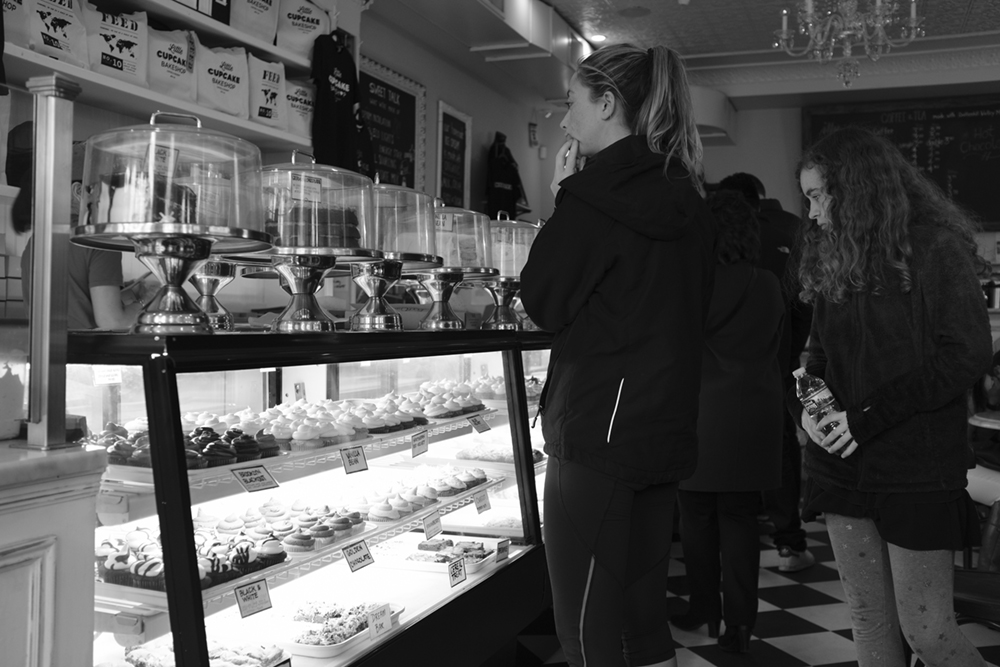 4. 35mm (equivalent) lens: The fixed lens on the X100F is quite liberating to use and 35mm is the classic length employed by street photographers for generations for a reason. Not having to think about changing lenses leaves you free to concentrate on composition and spot moments as they’re happening, rather than changing lenses and missing the pivotal second. The relatively wide angle of the lens means you can capture a great deal of action in one shot, at the same time making your shots feel very lifelike as it’s reminiscent of the human eye’s viewpoint.

5. Fast AF: One of the key upgrades the X100F brings is an improvement in autofocusing speeds - it now boasts a 0.08 second AF speed. Speed is of the essence when it comes to locking onto a subject in a street scene that may change in a split second, so the X100F’s fast AF system is ideal for making sure you never miss a moment. The number of AF points has also been expanded up to 91, with approximately 40% of the imaging area covered with ultra-fast and precise phase detection points. 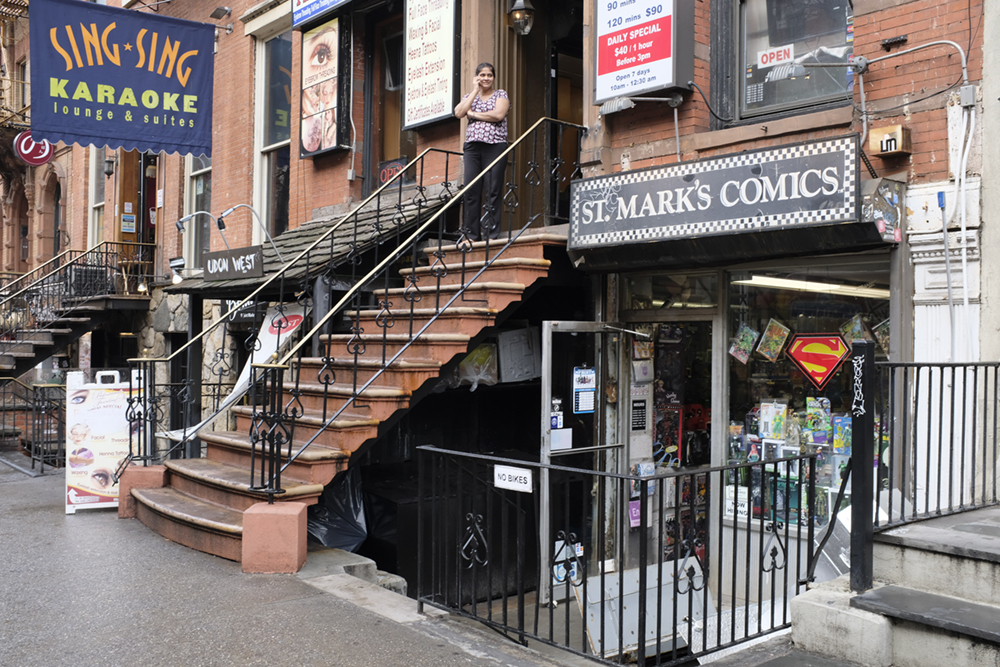 6. Joystick: In order to set your AF point, a new joystick has been included which allows you to quickly get to the point you need. It’s ideal if you need to quickly move from one area of the scene to the other depending on what’s happening in front of you. What’s more, you can easily find the joystick when you’re using the viewfinder as it feels notably different from the other buttons.

7. Easy to use manual controls: You can quickly change key settings - aperture is controlled by a lens around the ring, while shutter speed and ISO can be controlled from the dial on the top. You can leave any of these parameters in automatic too, to free you up from having to worry about settings if you need to.

8. Operate the camera one-handed: Fujifilm has shifted the X100F’s buttons to the right-hand side of the camera, which means that you can operate everything one-handed. All of the buttons are within easy reach of your thumb, while there’s a quick menu which gives you fast access to your most commonly used settings. An array of function buttons can be customised to suit your needs - all of which points to speediness when you need it. 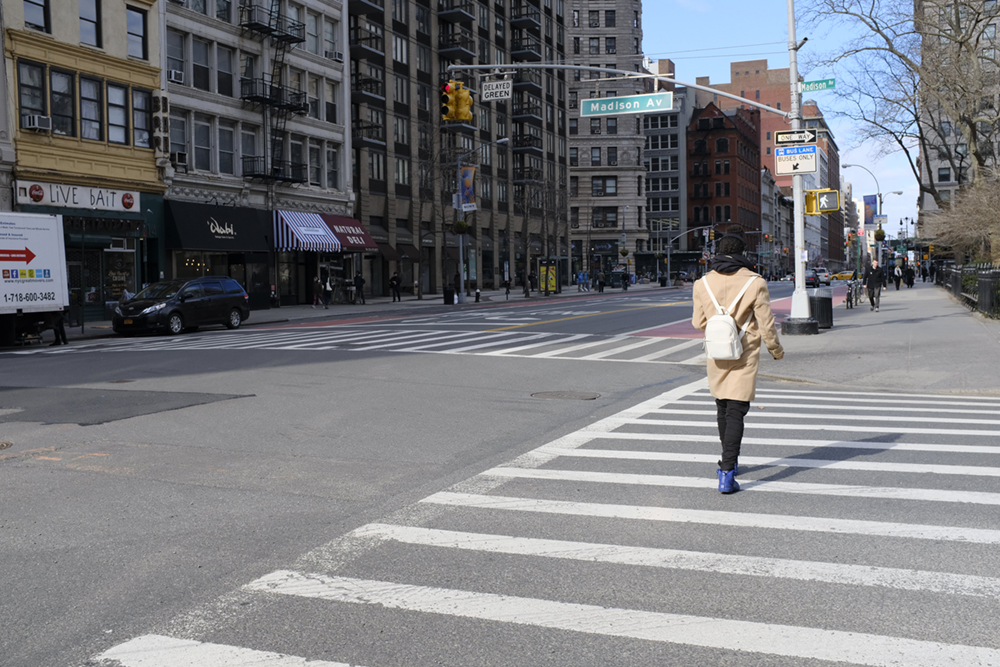 9. The shutter can be silent: For ultimate discretion, you can set the X100F’s shutter to silent mode, meaning nobody even need to know you’re taking a photo. This is great when you’re in small or quiet spaces where the sound of a shutter might be off-putting.

10. The shutter is also incredibly fast: As you can use an electronic shutter, you can set a maximum speed of 1/32000. That’s incredibly fast and allows you to capture split-second moments and freeze the action if you want to, which can be perfect for some street scenes.

11. It has a unique viewfinder: We could argue all day about the merits of optical viewfinders over electronic viewfinders, and vice versa. The X100F combines both to give you the best of both worlds as and when you need it. The electronic viewfinder is perfect for seeing how settings changes you make will affect your shot, and it’s also great for quickly checking you got the shot without taking the camera away from your eye. That can be perfect for street photography if you need to capture a lot of shots in quick succession. Meanwhile, the optical viewfinder is also perfect for spotting key moments about to appear in the shot, as the area around the frame also appears in view when you’re using the optical finder. Simply use the switch at the front of the camera to switch between the two finders.

The X100F, in either black or silver, is available to hire here.