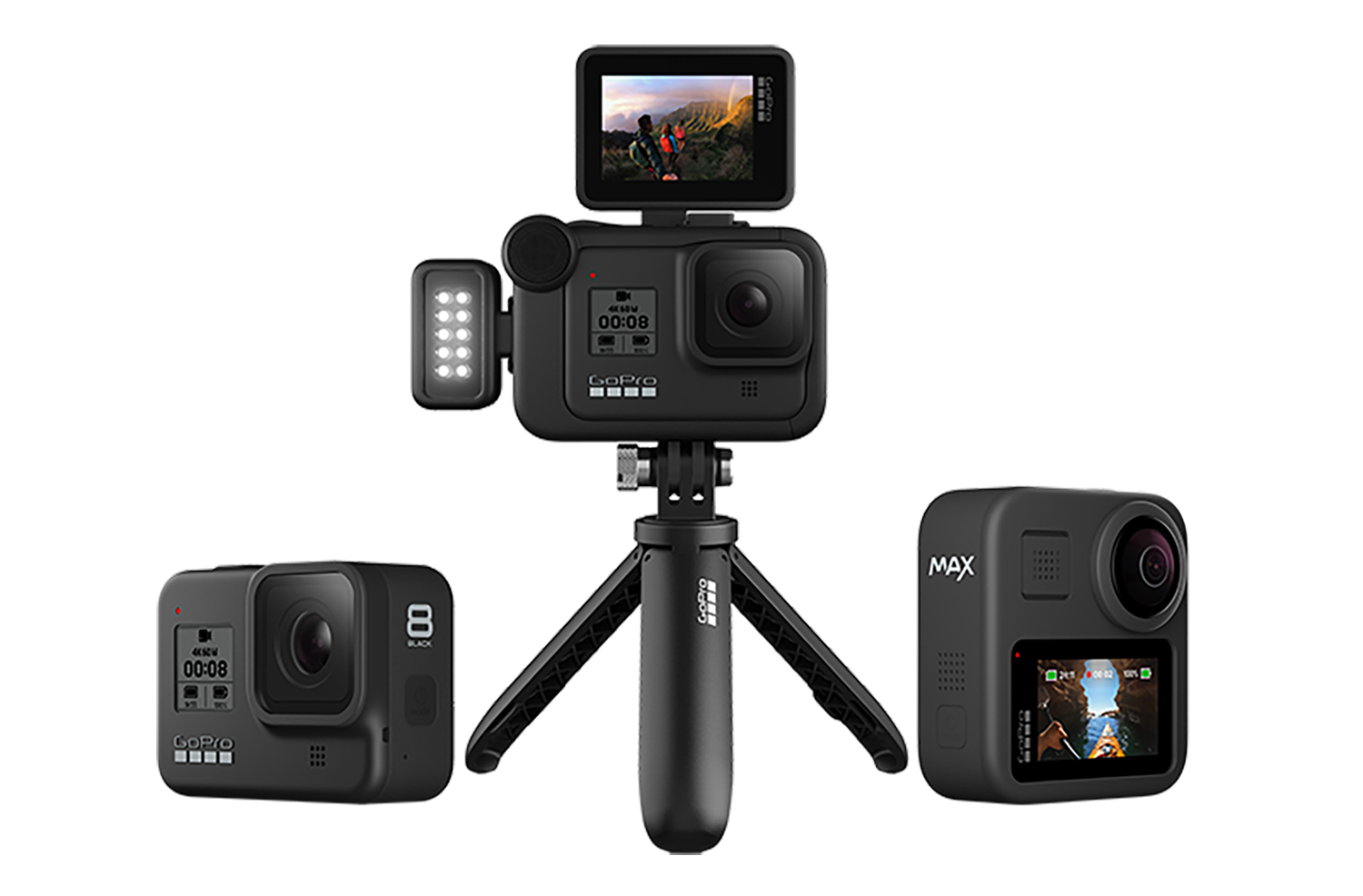 Today, GoPro is introducing HERO8 Black, Mods and MAX, and redefining what’s possible with a camera.

The Media Mod, Display Mod and Light Mod are modular accessories that deck HERO8 Black out with professional-grade audio, a front-facing display and enhanced lighting. For those seeking the additional performance, Mods enable users to transform their HERO8 Black into a production powerhouse.

GoPro MAX is a dual lens GoPro camera that maxes out on versatility—it’s like having three cameras in one. Use MAX as a waterproof, maximum-stabilized single lens HERO camera, dual lens 360 camera or next-level vlogging camera with its built-in front facing display and shotgun-mic audio capabilities. No matter how you use it, MAX delivers next-level, unbreakable video stabilization with Max HyperSmooth. MAX also features four digital lenses, including the new ultra-wide Max SuperView—GoPro’s widest field of view ever. Additional updates include in-camera 360 video and photo stitching plus keyframe-based editing of 360 content in the GoPro app. GoPro MAX is like no other camera in the world—perfect for innovative users looking to take their creativity to the… Errr...MAX!

“It’s been 15 years since the first GoPro camera, and from the start, we’ve been about enabling people to share their passions whether they’re fueled by adrenaline or artistry,” said GoPro Founder and CEO Nick Woodman. “HERO8 Black, the Mods and MAX redefine what’s possible with a camera.”

HERO8 Black builds upon the success of its predecessor and brings unparalleled performance to the HERO line. HyperSmooth 2.0 video stabilization delivers dramatically improved pitch-axis stabilization and now supports all frame rates and resolutions. Mind-melding TimeWarp 2.0 auto adjusts to your speed and can be slowed to real time with a tap. The revamped SuperPhoto feature delivers ghost-free HDR action photos, and all-new LiveBurst captures 1.5 seconds of 12MP (4K 4:3) footage before and after the shutter. And if you need to hear it to believe it, HERO8 Black’s new wind-optimized front-facing mic and high-fidelity audio improvements will certainly do the trick. Plus, new digital lenses help to set up the shot like a pro every time with one of four options—ranging from GoPro’s patented SuperView to zero-distortion linear—and customizable capture presets provide quick access to settings for any activity. All of this is housed in a streamlined, frameless design with folding mounting fingers.

HERO8 Black can also be transformed into a vlogging or production powerhouse with GoPro’s new modular accessory ecosystem. The Mods enable on-demand expansion of HERO8 Black’s capabilities without sacrificing the signature compact, ruggedness of the HERO camera design. 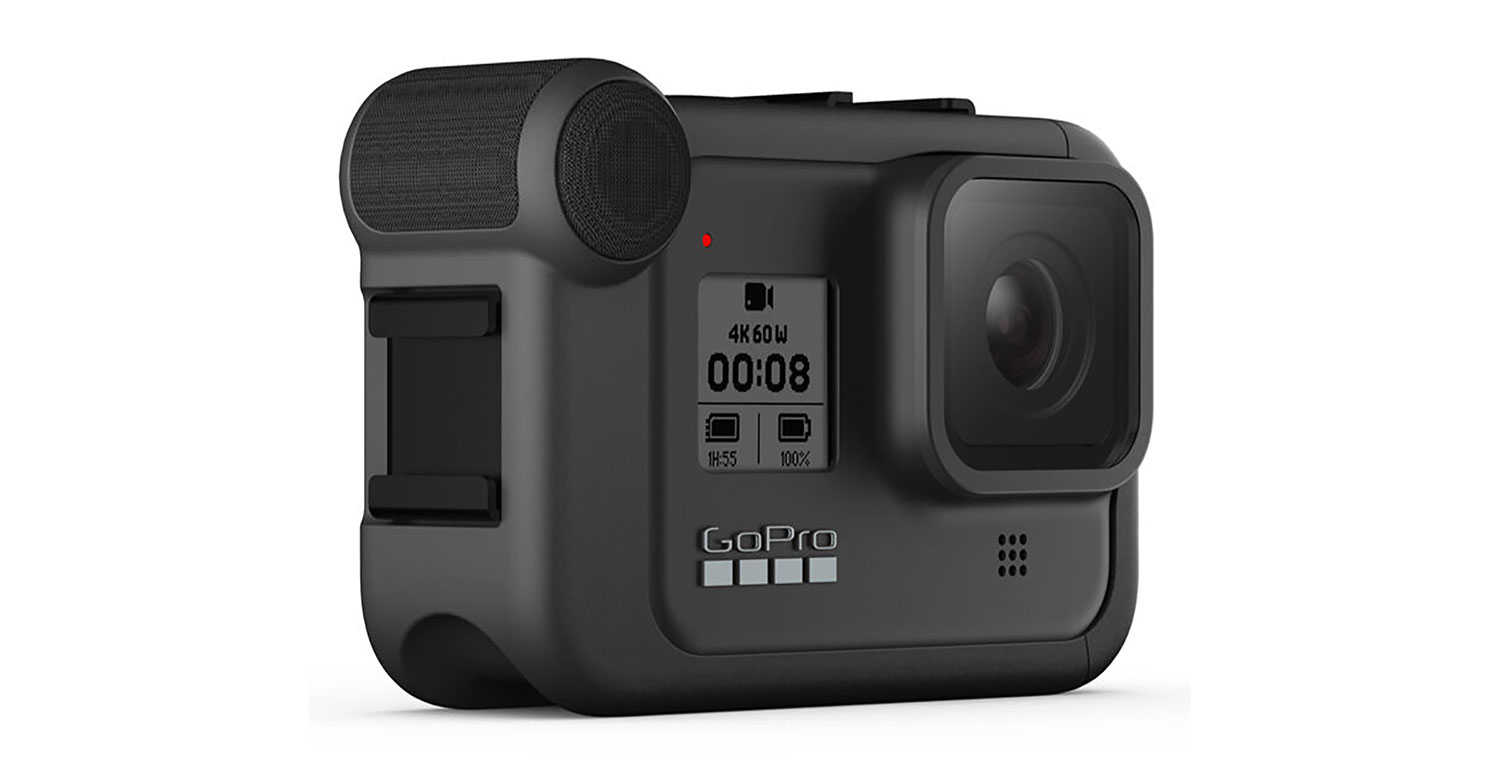 Display Mod: The Display Mod is a folding front- or rear-facing 1.90-inch display that attaches to the top of the Media Mod. It’s the perfect size for both framing up vlogging shots and folding down and out of the way when not in use. 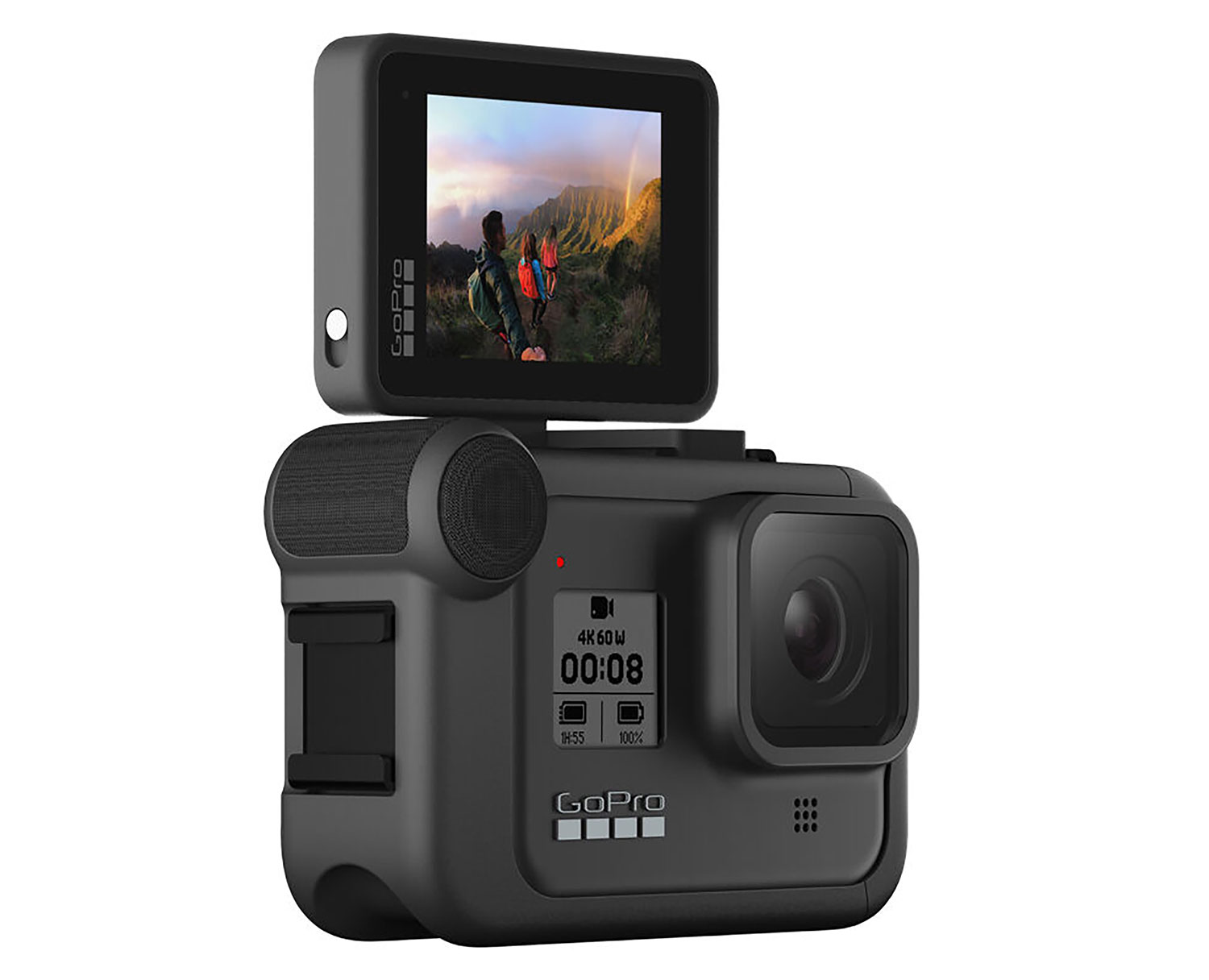 Light Mod: Waterproof to 33 feet (10 meters), wearable and gear-mountable, the Light Mod is the world’s most versatile light. The Light Mod is ready to brighten any scene, whether mounted to the Media Mod or attached to a GoPro mount, it’s rechargeable, and it comes complete with a diffuser to soften lighting when filming with HERO8 Black. 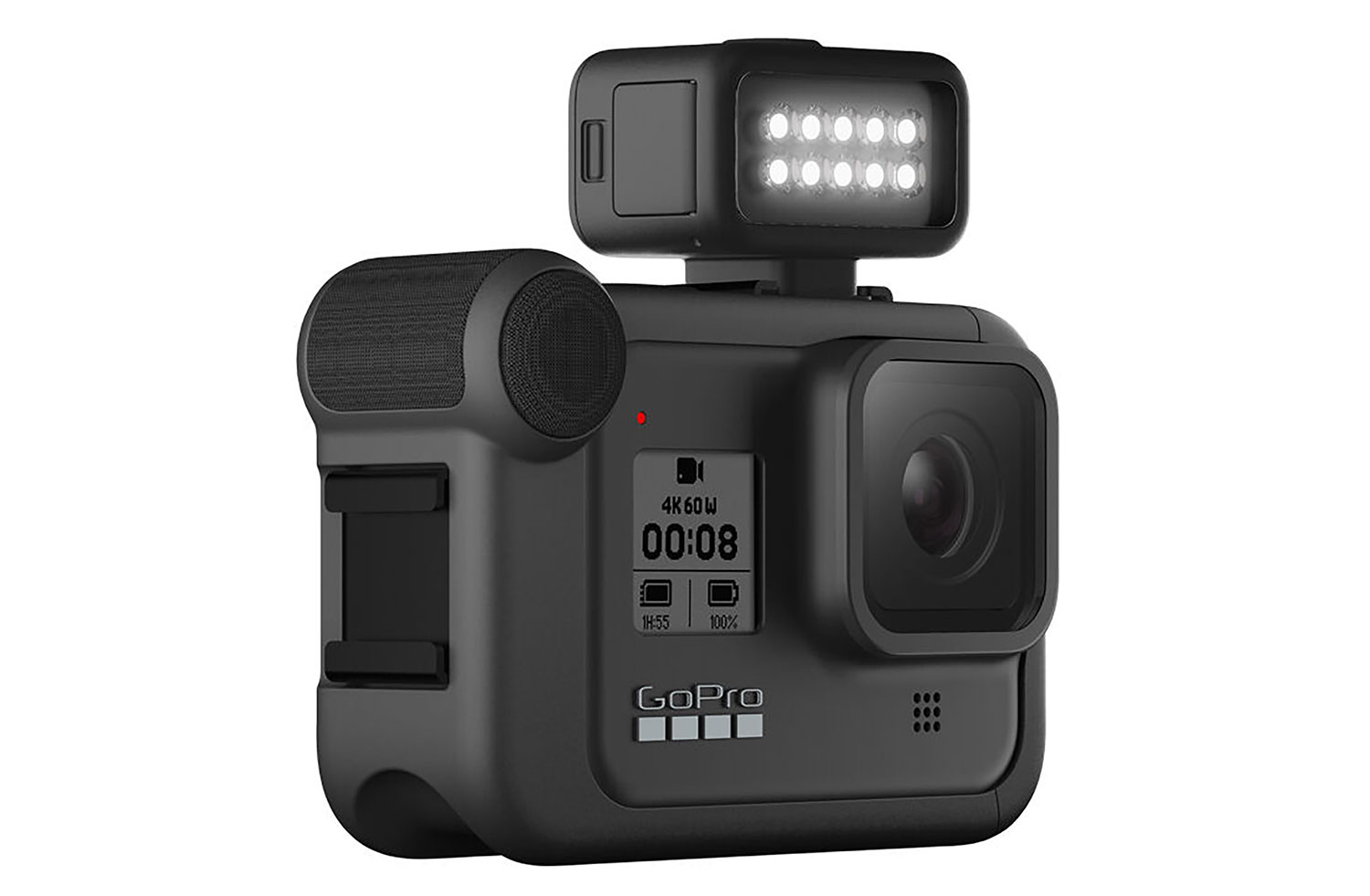 And then there’s GoPro MAX—a camera so versatile, it’s like having three cameras in one. Waterproof to 16 feet (5 meters), MAX can be used as a single lens max stabilized HERO camera, a dual lens 360 camera or the ultimate vlogging camera—all in one. And MAX takes each of its features to the maximum. Max HyperSmooth, with its next-level, unbreakable stabilization and in-camera horizon leveling, entirely eliminates the need for a gimbal. Max TimeWarp bends time and space with expanded control and performance over traditional TimeWarp. And Max SuperView delivers GoPro’s widest, most immersive field of view yet.

When creating 360 edits, MAX users now have Reframe, the GoPro app’s new keyframe-based editing experience. Now it’s easy to quickly “reframe” 360 footage into a traditional video with super-smooth pans and transitions. Reframe matches the power of desktop 360 editing solutions but with the convenience and usability of the GoPro app.

And when it comes to vlogging, MAX is a complete solution with its unbreakable video stabilization, four digital lenses for the ideal “look”, front-facing touch screen for easy framing, and six mics that enable shotgun-mic audio performance. Add one-click 270° PowerPano photos, in-camera 360 video and photo stitching, and the convenience of Reframe, and MAX is truly like no other camera in the world.