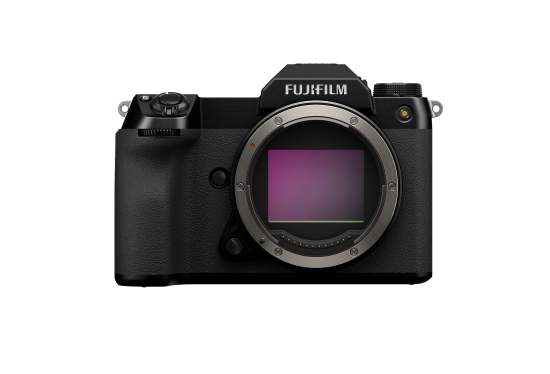 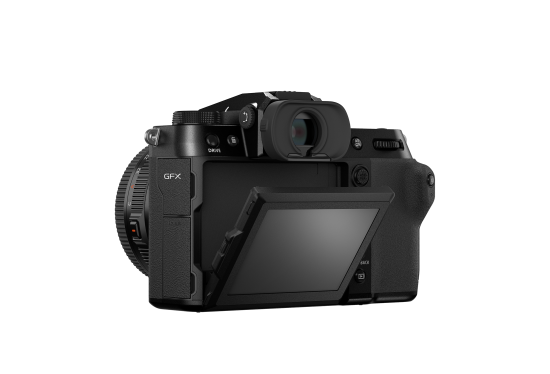 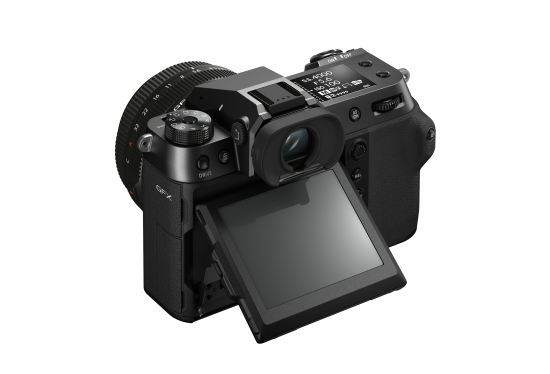 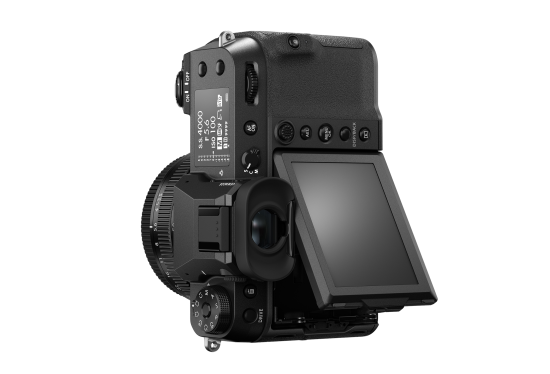 Surpassing the boundaries of what was possible in producing large format images, GFX100S builds on the ground-breaking ideas from the FUJIFILM GFX100, with a philosophy of mobility and portability.

Refusing to sacrifice performance for portability has allowed Fujifilm to create one of the most compact, high performance large format cameras in the world. It is more advanced than any GFX System camera to date and combines the best of Fujifilm’s imaging technology in a camera that weighs just 900g (1.9lb). Similar in size to most full-frame cameras, but beautifully engineered and designed to house a 102MP sensor – that is 1.7 times larger than a full-frame sensor – GFX100S also offers up to 6-stops of five-axis in-body image stabilisation (IBIS) (When using the FUJINON Lens GF63mm F2.8 R WR), incredibly fast and accurate autofocus, and world-renowned colour reproduction to help image makers push the limits of their creativity.

102MP Images made at the speed of a compact mirrorless camera that only large format can provide.

Fujifilm’s expertise in colour science is legendary among image makers. For more than 86 years, Fujifilm has been responsible for some of the world’s most iconic photographs and movies. GFX100S gives you access to this wealth of experience at the touch of a button, powered by one of the world’s most widely acclaimed digital colour processing engines. With a choice of 19 exclusive FUJIFILM Film Simulation modes, it is easy to achieve fantastic colour straight out of camera. The GFX100S includes a new Film Simulation mode to explore – Nostalgic Neg. Reminiscent of American New Colour Photography, which emerged in the 1970s, Nostalgic Neg continues this movement by expanding the boundaries of photographic creativity through the deliberate use of colour. Its unique tonality adds an amber tone to highlights for a softer look and boosts saturations to shadows, while preserving details, to deliver a lyrical feel to images.

High-Performance mirrorless AF made for large format, even in low-light

Unlike many other large format and medium format cameras, on-sensor phase detection pixels cover almost 100% of GFX100S’s imaging sensor, unlocking a level of autofocus performance never before seen in large format digital photography. This means the camera can acquire focus in as little as 0.18 seconds, even in luminance levels as low as -5.5EV (when using the FUJINON Lens GF80mmF1.7 R WR), making it versatile, accurate, and incredibly fast. Powered by X-Processor 4, the camera is also easily able to efficiently make use of an updated focus tracking algorithm to keep subjects in focus when using the Tracking AF and Face/ Eye AF functions.

GFX100S features a newly designed in-body image stabilisation (IBIS) system, which dramatically broadens the capability of photographers to confidently create handheld images. Compared to the unit found in FUJIFILM GFX100, the IBIS mechanism inside of GFX100S is 20% smaller and 10% lighter. However, despite this reduction in size, the five-axis system provides 6-stops of CIPA-rated image stabilisation, a 0.5-stop improvement over GFX100.

High-performance; designed for portability and the elements

At 900g (1.9lb) and measuring 15cm wide, 10.4cm tall and 8.7cm deep (5.9in x 4.09in x 3.4in), GFX100S’s compact body is comparable in size to many full-frame cameras. However, despite its compact size, it is somehow still able to pack in a high-performance IBIS and a 102MP imaging sensor that is almost twice the physical size of a typical full-frame sensor. The GFX100S features a redesigned shutter unit and a brand new IBIS unit, while taking advantage of a smaller, but very efficient lithium-ion battery. This results in a camera body that is approximately 6cm (2.3in) shorter and 500g (1.1lb) lighter than the GFX100, but is able to maintain the same level of stills and video performance despite being smaller. To that end, the reduction in GFX100S’s physical size is well balanced by a highly robust grip, with a comfortable in-hand feel, that makes it exceptionally easy to hold for extended periods of time.

GFX100S is made to operate in temperatures as low as -10°C (14°F) and to be dust- and moisture-resistant. It is also constructed with a magnesium alloy casing that is purposely denser around the lens mount by 1mm compared to GFX100, which provides added support for larger G Mount lenses.

Intuitive controls for a familiar experience

GFX100S features controls that will be familiar to both new and existing GFX System photographers. For example, a PASM dial, with six programmable custom options, provides quick and direct access to frequently used settings, while a switch, conveniently located next to the mode dial, lets users quickly change between still and movie mode. An ergonomic update to the focus lever also makes choosing a focus point both easy and fluid.

The camera features a 3.2-inch LCD monitor on the rear and a 1.8-inch sub-LCD monitor on its top plate, which can be customised to show key EXIF settings – like shutter speed, aperture, ISO sensitivity and exposure compensation – and set to display the status of key functions or available capacity on storage media. The 3.2-inch, touch-capable LCD display is a 2.36-million-dot monitor with 100% coverage that can be tilted in three directions (90° up, 45° down, and 60° right).

With its large format imaging sensor, GFX100S is capable of recording incredibly cinematic 4K/30p movies that feature incredible shallow depth-of-field, impressive high-ISO performance, wide tonal gradation and an overall image quality that is unmatched. Footage can be recorded at bit rates of 400Mbps in a variety of different quality levels, from 10-bit 4:2:0 F-log internally to an SD card, to 12-bit 4:2:2 ProRes RAW through the HDMI port.

In addition to being able to record 4K footage in a 16:9 aspect ratio, the GFX100S also supports a 17:9 aspect ratio, frequently used in digital cinema. The most commonly used compression codecs, like H.264 and H.265 are also available. Additionally, professional standards, like the REC.2100 supported Hybrid Gamma Log (HLG), or F-Log can be selected for complete creative control. Compared to using commonly available compression codecs, like H.264, recording footage in F-Log or HLG gives filmmakers much more flexibility in post-production as footage is brought through the editing and colour grading process and adjustments are made to luminance, colour saturation, or any other image attribute.

For maximum flexibility with image-based adjustments and colour grading options, GFX100S can also record 4K/30P footage in 12-bit RAW, via HDMI, directly to an Atomos Ninja V Recording Monitor to later be output as ProRes RAW. This allows for all decisions about the image to be made after production, in post, free from in-camera processing. Simultaneous output of RAW footage and footage in F-Log or Hybrid Log Gamma (HLG) with a Film Simulation mode applied is also possible.

Body only, lens not included.