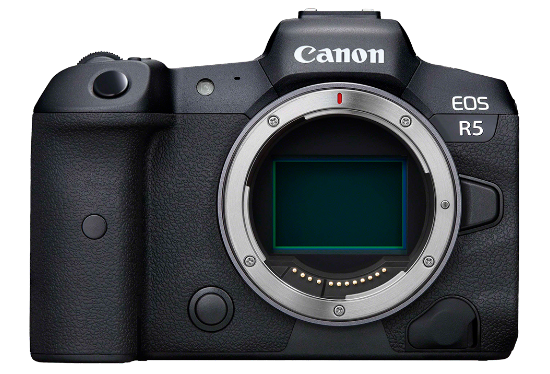 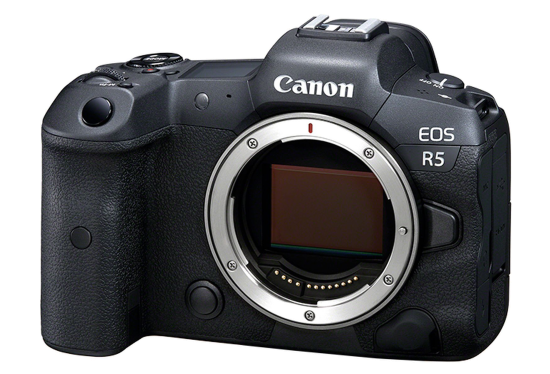 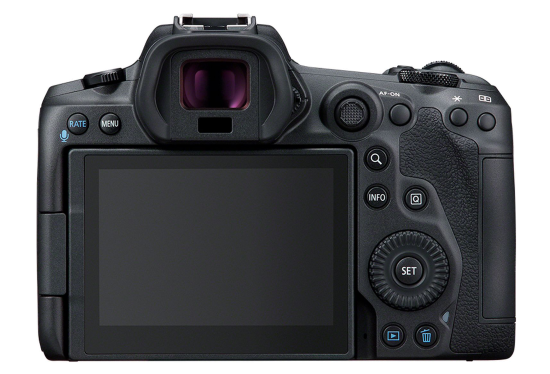 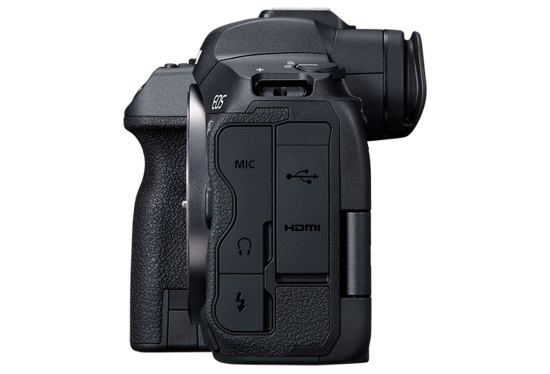 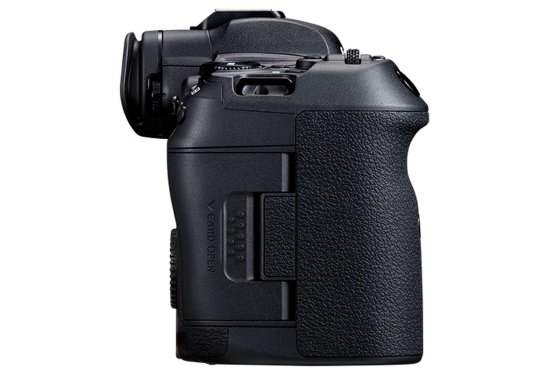 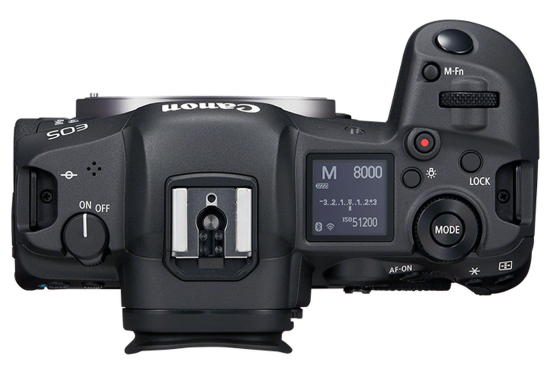 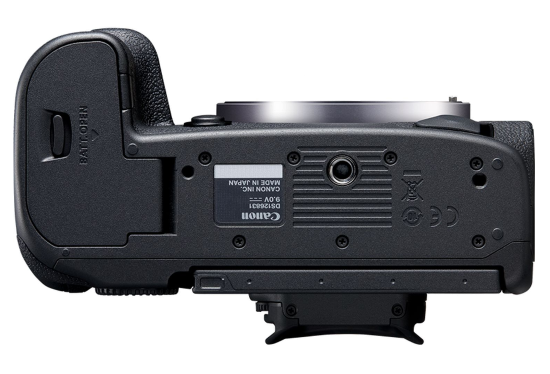 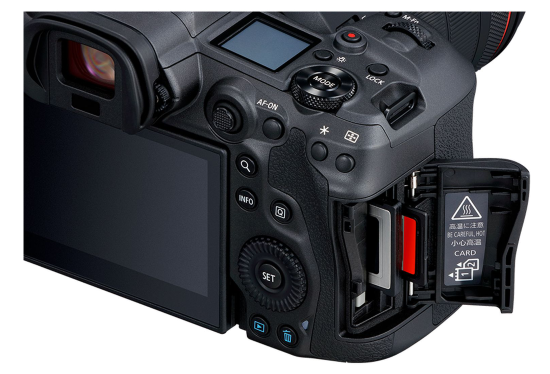 Re-think what you know about mirrorless cameras. The EOS R5’s uncompromising performance will revolutionise your photography and filmmaking. Shoot 45 megapixel stills at 20fps, capture RAW video at 8K and enjoy an 8 stop Image Stabilizer.

Loading hire rates...
This product is not currently available. Register your interest below and we will contact you when it is in stock.
Add to Waiting List
Show Accessories

The Canon EOS R5 - In the hands of professionals 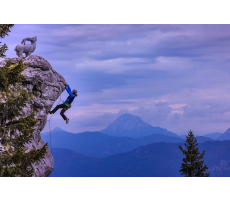 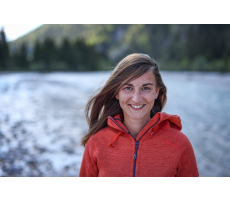 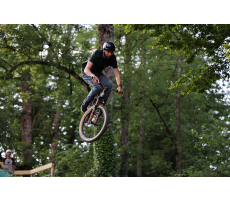 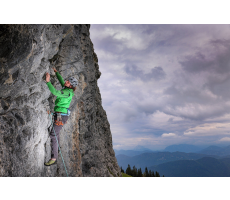 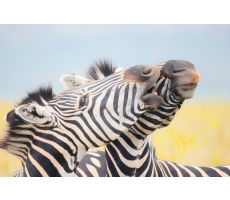 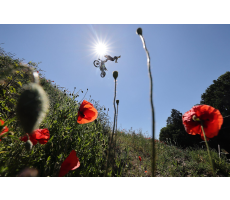 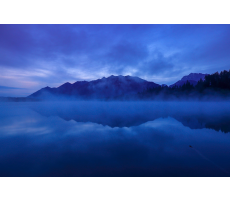 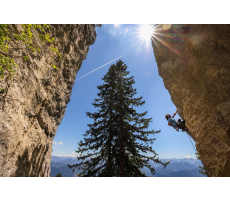 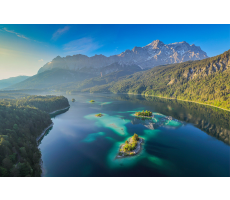 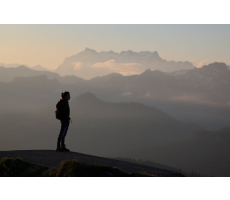 Nothing else comes close. Capture incredibly detailed 45 megapixel images at up to 20fps in complete silence with full AE and AF tracking.*

Moving subjects are tracked with ease, thanks to a deep-learning, 1053-area AF system that tracks heads, faces and eyes and works on dogs, cats and birds too.

New levels of performance drive your creativity to new heights. Like an Image Stabilizer that’s effective up to 8 stops, for handheld photography at slow shutter speeds.‡

The EOS R5 can capture stunning 8K DCI RAW 24/25/30p video internally to its CFexpress card and 4K video at frame rates up to 120p – all with continuous focusing.

Get ahead and start your digital workflow on the move. Built-in Wi-Fi lets you transfer images to smart devices, to cloud accounts using image.canon, and clients via FTP/FTPS.

The EOS R5 features a five-axis in-body Image Stabilizer, which provides up to 5 stops of protection against camera shake when shooting with lenses that don’t have their own IS. However, when a compatible IS-equipped RF lens is fitted the two stabilisation systems work together creating an Intelligent Image stabilization system that delivers an incredible 8-stop advantage.

New levels of realism from an electronic viewfinder

The EOS R5’s electronic viewfinder refreshes at 120 frames per second and features no fewer than 5.76 million dots. The result is a staggering realistic view of the world that will have you feeling totally immersed in the scene – as if there is nothing between you and your subject. Of course, this state-of-the-art EVF also previews factors such as white balance, depth of field and Picture Style, so you’ll always know what you are shooting.

The EOS ITR AF X autofocus system in the EOS R5 has been programmed using a deep-learning AI, originally developed for our ground-breaking EOS-1D X Mark III DSLR camera. In Face/Eye detection mode, the system recognises faces accurately, including those in profile when only one eye is visible. This ensures subjects are kept razor sharp, even when moving unpredictably and depth of field is shallow. And if a person turns away for a moment, their head continues to be tracked so that their face is sharp when they turn back towards the camera.

Furthermore, the EOS R5’s deep-learning AI has been programmed with the ability to recognise and track cats, dogs and birds – focusing on either their bodies, faces or eyes. This makes photographing wildlife easier than ever before, especially subjects such as birds in flight.

This class-leading AF system can focus in as little as 0.05sec and in light levels as low as -6EV† giving you the confidence you need to capture superb results.

The EOS R5 is powered by a more powerful new LP-E6NH battery, which adds 20 per cent more capacity than older LP-E6N batteries, letting you capture (on average) 490 shots on a single charge.§

LP-E6NH batteries can be charged using the supplied battery charger or in-camera via USB C 3.1, with 5V/1.5A power delivery (PD) capabilities. The BG-R10 battery grip is also available, which can accommodate two batteries at once for extended shooting times.

Older LP-E6 and LP-E6N batteries are compatible with the EOS R5, although the very fastest shooting rates and in-camera charging are not available when using the LP-E6.

Alongside its ground-breaking 8K capabilities, the EOS R5 sets new standards for videographers shooting in 4K. Capture 4K DCI (full frame) and 4K UHD at frame rates up to 120p (119.88fps) with 4:2:2/10-bit quality, enabling silky smooth slow-motion with stunning high resolution. At frame rates up to 59.94fps, there is a choice between using the full width of the camera’s sensor or a 1.6x crop, which is similar in size to Super 35mm.

For those needing the very highest 4K quality, the EOS R5’s 4K HQ mode reproduces stunning detail at frame rates up to 30p by oversampling 8K footage. The results need to be seen to be believed.